HomeSportsAPSU Football comes from behind to beat North Alabama, 38-35
Sports

APSU Football comes from behind to beat North Alabama, 38-35

Florence, AL – For the first time this season, the Austin Peay State University (APSU) football team faced a 14-0 deficit. The Governors responded by scoring 31 unanswered points and held on late for a 38-35 ASUN Conference victory against North Alabama, Saturday, at Braly Stadium.

After the Lions defense forced a punt, they took advantage of a short field with Noah Walters finding Takairee Kenebrew for a 31-yard touchdown and the 14-0 lead. 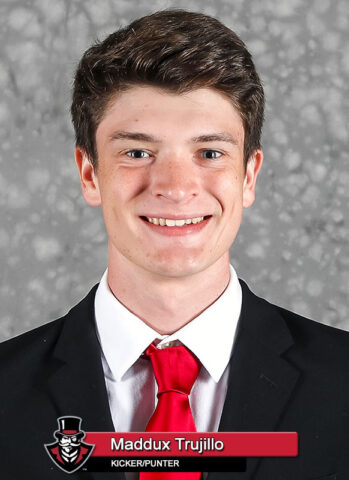 Austin Peay (6-3, 2-2 ASUN) battled back by scoring on five of its next six drives for 31 unanswered points. Four different APSU Governors scored touchdowns during the push. CJ Evans Jr. had a three-yard rush to close a 71-yard drive for APSU’s first score that also closed out the first quarter’s scoring.

Maddux Trujillo hit a 32-yard field goal to score with 7:58 left in the second quarter. A quick UNA three-and-out was followed by a Governors march 78 yards down the field with Jevon Jackson capping the drive with a three-yard run to give APSU the lead, 17-14. 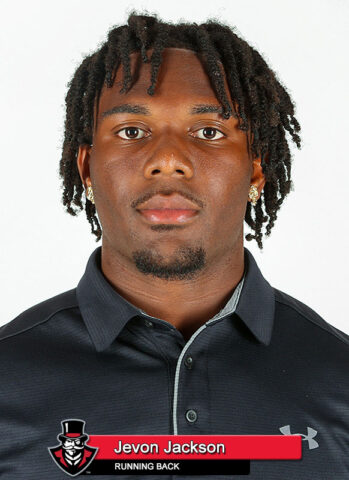 Austin Peay State University closed out the half by blocking a punt and going 46 yards on the ensuing drive for a touchdown and a 24-14 halftime lead.

The Govs and Lions traded touchdowns in the third and fourth quarters. Austin Peay State University struck quickly on the other side of halftime courtesy Mike DiLiello‘s 69-yard touchdown throw to Kellen Stewart, giving APSU its largest lead, 31-14.

North Alabama responded at the end of the quarter and even narrowed the deficit to three points early in the fourth, with a touchdown early in the quarter. Powell scored late in the third quarter on a 32-yard run. Walters then led an 80-yard drive that he capped with a 23-yard run to get the Lions back within three points, 31-28. 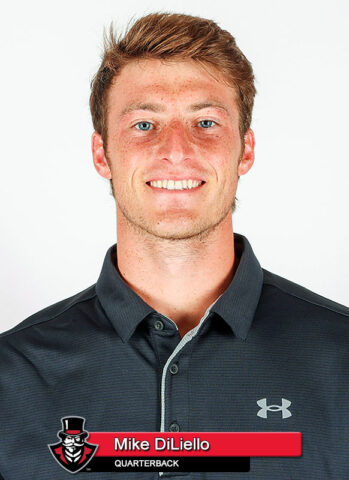 Austin Peay State University battled back on its ensuing drive and drove 57 yards. Mike DiLiello found Drae McCray across the middle for a 13-yard touchdown to push the lead back to 10 points. 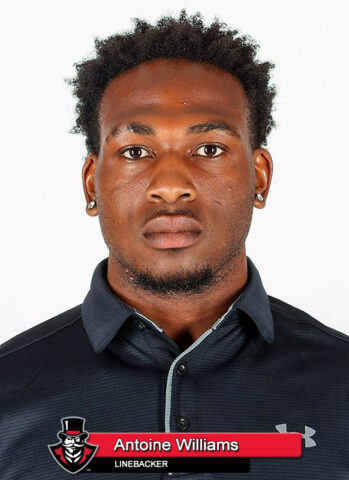 Powell led North Alabama with 207 rushing yards and two touchdowns on 23 carries. Walters completed 14-of-25 passes for 118 yards and a touchdown.


Next Up For APSU Football

APSU 0, UNA 7 – North Alabama scored on the game’s opening possession, going 75 yards in eight plays. After Demarcus Lacey’s opening 14-yard run, the Lions didn’t hit for more than six yards on their next six plays. On 4th-and-2 at the APSU 41-yard line, ShunDerrick Powell wove his way through the Govs linemen and broke free for the 41-yard touchdown run.

APSU 0, UNA 14 – After the Govs were held to a three-and-out deep in their own territory, a 38-yard punt put the ball at the UNA 47-yard line. Noah Walters quarterback keeper for 11 yards opened the drive, moving the ball into APSU territory. After gaining four yards on the next two plays, Noah Walters floated a ball to Takairee Kenebrew, who made the catch and tumbled into the end zone for a 33-yard touchdown.

APSU 7, UNA 14 – The Govs offense strung together its first scoring drive on its second possession of the day. DiLiello found McCray for a 17-yard completion to start the drive. CJ Evans then found an empty slot in the line and broke through for a 39-yard run that he nearly took to the end zone. After a dropped pass in the end zone, the Govs converted a 4th-and-1 at the UNA 6-yard line thanks to an Evans three-yard run. On the next play, Evans ran over the right end for the final three yards and a touchdown.

APSU 10, UNA 14 – Starting deep in their own territory, Austin Peay broke into North Alabama’s half of the field with DiLiello’s 62-yard completion to McCray. The Govs couldn’t build on the big play with two incompletions and a rush for two-yards on the next three plays. Maddux Trujillo easily converted the 32-yard field goal to narrow the deficit.


APSU 17, UNA 14 – The Govs defense forced a three-and-out midway through the second quarter and the Govs set up shop at their own 22-yard line. Two plays later, the ball was on the UNA 3-yard line. DiLiello found James Burns for a 40-yard pass completion in front of the Austin Peay bench. Next, Jevon Jackson gashed the Lions defense for a 35-yard run before he was pushed out at the three-yard line. APSU wasted no time scoring and Jackson finished the drive with a three-yard touchdown carry.

APSU 24, UNA 14 – A Jaden Lyles blocked punt gave the Govs a golden opportunity with the ball on the UNA 46-yard line with 2:53 left in the first half. Jevon Jackson’s 16-yard run got the drive moving. DiLiello hit a 13-yard pass to Tre Shackelford to move the ball inside the UNA 20-yard line. The Govs faced a 4th-and-4 on the UNA 11-yard line and DiLiello induced an offsides penalty to extend the drive. The penalty proved pivotal as DiLiello found Burns for a six-yard touchdown pass to close the drive.

APSU 31, UNA 14 – The Govs received the second half’s opening kickoff and wasted no time extending the lead. DiLiello found Kellen Stewart for a 69-yard reception, Stewart covering the final 31 yards after the catch, for the touchdown.

APSU 31, UNA 21 – Late in the third quarter, North Alabama turned to Powell for its third touchdown of the day. After a slow start to the drive – the Lions covered 37 yards in six plays – Powell burst through the line and scampered 32 yards for a touchdown, trimming the Govs lead to 10 points.

APSU 31, UNA 28 – The APSU Govs saw a 31-year field goal attempt missed and North Alabama took over at its own 20-yard line. The Lions needed nine plays to cover the 80 yards with Powell providing a 30-yard run early in the drive. Powell would convert a 3rd-and-13 with an 18-yard run, moving the ball inside the APSU 20-yard line. Two plays later Walters kept the ball and ran to the empty side of the field for a 23-yard touchdown run, narrowing the APSU lead to three points with 9:27 left.


APSU 38, UNA 28 – Austin Peay State University responded to the Lions charge on its next drive. A penalty on the kickoff put the Govs on their own 43-yard line to start the drive. The Govs converted a pivotal 3rd-and-6 when DiLiello found Stewart for a 12-yard completion. DiLiello found Josh DeCambre for an 11-yard completion to get inside the UNA 20-yard line. After a three-yard quarterback run, DiLiello hit McCray across the middle and the APSU Govs receiver bounced off a defender and ran into the end zone for the score.

APSU 38, UNA 35 – North Alabama capped the game’s scoring with an eight-play, 70-yard drive. After a 17-yard Walters-to-Warfield completion started the drive, the Lions nearly saw the drive snuffed out when a penalty put them in a 2nd-and-25 situation. But Walters found Corson Swan for an 18-yard completion to create a manageable 4th-an-3 opportunity. The Lions converted with Walters’ 32-yard touchdown pass to Demarcus Lacey, and the Govs lead was trimmed back to three points.