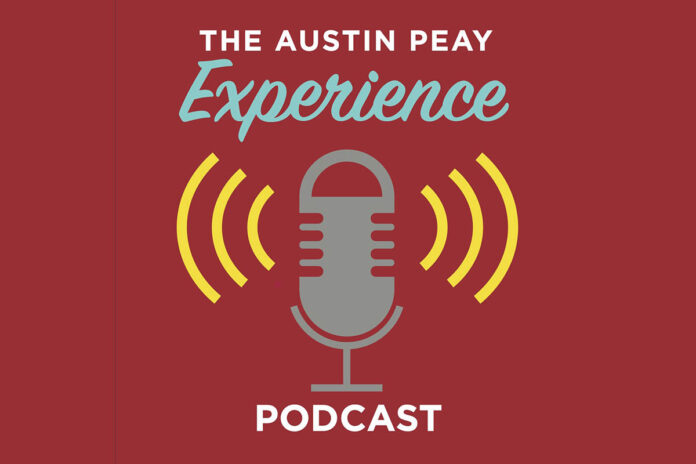 Clarksville, TN – The third episode of the Experience Austin Peay podcast is now available, concluding season one’s exploration of “Forgotten Tennessee” with a conversation about the Walker-Smith Expedition of 1779.

The Austin Peay State University (APSU) Office of Public Relations and Marketing launched the new podcast in October to highlight what the University is doing to become the region’s university of choice by APSU’s centennial in 2027.


“When (the Walker-Smith Expedition) get to about where modern day Mitchellville, Tennessee, is,” Estes said, “in northern Sumner County, right on the Kentucky Line, this is about 50 miles east of Clarksville, they said, ‘And now, we’ve entered the barrens.’ And then there is a simple note that says, ‘We stayed within the barrens for another 120 miles until we came within three miles of the Cumberland River.’ What that insinuates is when they hit the edge of the barrens, it is this great, vast grasslands, it was 120 miles wide.”

In 2018, Estes co-founded the Southeastern Grasslands Institute, and over the last five years, SGI has worked tirelessly to conserve, restore, and promote native grasslands throughout the Southeast. This work is critical because less than 1% of Southeastern grassland communities remain, and they are home to some of the most imperiled plants and animals, including monarch butterflies, American bumble bees, and northern bobwhites.

The Experience Austin Peay State University podcast’s inaugural season, Forgotten Tennessee, began in October with its first episode, “Mixing Science with the Legend of the Bell Witch,” and it continued in November with “The War At Home: German POWs in Tennessee.”


The APSU Office of Public Relations and Marketing is now working on season two, which will be released later this spring.

The podcast is available on Spotify, Apple Podcasts, Podbean and other popular podcast sites.