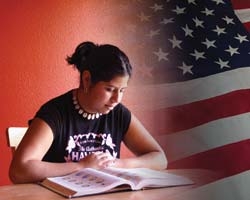 For some minority youth, ‘dropout factory’ high school doom is bolstered by the U.S. Senate’s push away from the Path to Citizenship. A recent AP Impact study concludes that 1 in 10 of every U.S. high schools is a dropout factory. This works out to 14 percent of all high schools/vocational schools in the United States. That’s an alarming statistic for a nation that banks on its intellectual prowess in the economic global marketplace for dominance.

The numbers grow even more distressing when minority figures are reviewed. There is a direct correlation between the high numbers of Hispanic dropouts and the travesty of the Senate’s failure to pass the Dream Act last week. Comprehensive Immigration Reform Act of 2006.

Someone should play “Connect the dots” for the U. S. Senate. As syndicated columnist Cynthia Tucker noted in her October 29th commentary, when the Senate rejected the Dream Act, it effectively slammed shut the door through which 500,000 young adults could have become eligible for permanent residency. One of the provisions for gaining that eligibility is graduating from high school with a good record and then attending college or serving in the military.

Couple that scenario with the AP IMPACT Study by Johns Hopkins University on the alarming number of U. S. high schools that qualify as “dropout factories”- “a high school where no more than 60 percent of the students who start as freshmen make it to their senior year. That dubious distinction applies to more than one in ten high schools across America.” [baltimoresun.com/news] 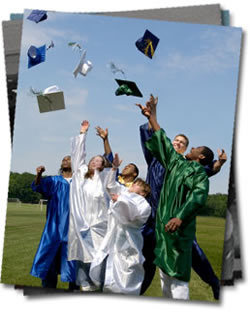 For an immigrant child, whose parents entered this country illegally, that has progressed positively through a local school system, there comes a time when harsh reality stares them in the face. By no fault of their own they will reach a solid wall. While their non-immigrant schoolmates prepare for ACT and SAT exams, apply for college, financial aid and scholarships, these illegal immigrant students are faced with the reality that they can go no further in pursuing their dreams. They can’t go on to college, no matter their academic worthiness or athletic prowess and talents. The actions of their parents to seek a better life, albeit at modest wages, has doomed their children to also live in a third-class underground culture. These students can’t apply for scholarships, financial aid, or even take the SAT or ACT exams. They lack that simplest of basic requirements – a valid social security number.

Around ninth or tenth grade this reality-check usually makes itself known to these students. Their options are not encouraging. They could leave their families and return to their native homelands and seek legal immigration over the next 10 or 15 years, with no assurance of success; they could continue to their graduation and then enter the underground labor market; or they could just dropout in the 9th or 10th grade and enter that underground labor market. And along the way, they could join a gang and become criminals. Great options, aren’t they?

The AP – Johns Hopkins University Dropout Factory Study shows that immigrant Hispanic students suffer an elevated dropout rate. The above detailed background goes a long way towards explaining why this is so. There were sensible provisions in the Dream Act that would have directly attacked this sorry situation. Sadly the Senate and the Bush White House worked against its passage. Their actions perpetuate the cycle of underground labor, gangs and immigration round-ups and deportations for people who had no voice in being here in the first place.

Glory be, how noble we are!