Clarksville, TN – Police have charged Matthew Epps with the robbery of Legends Bank in the 1800 Block of Tiny Town Road. Epps and another black male entered the bank wearing gloves, showed a handgun, and demanded money from the teller drawers. The two suspects were disguised with wigs and women’s clothing.

After Police received and followed up on several tips, they developed Epps as a suspect in the robbery. 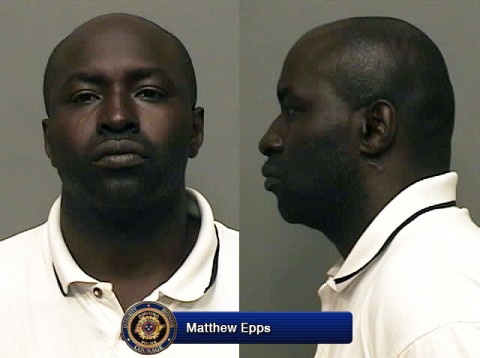 Officers looked for Epps and located him the area of Peachers Mill Road and Randell Drive. Epps ran when he spotted Police in the area, but was quickly taken into custody.

Detectives were able to ascertain that the clothing and wigs used by Epps in the robbery were stolen, from a previous address where Epps used to reside.

EPPS has an extensive history involving acts of violence.

The investigation is ongoing and Police are following leads to identify and locate the second suspect in the Robbery. The lead investigator is Detective Tina Slaven, 931-648-0656, ext. 3008 or call the TIPSLINE-931-645-8477.