The Consul-General of Japan at Nashville and Mrs. Hiroshi Sato held a gala reception in honor of the Birthday of His Majesty, the Emperor of Japan, at the Nashville Airport Marriott Thursday night. Bill Larson and Mark Haynes of clarksvilleonline.com were invited, as Mark had a previous engagement, I was invited to go in his place. It was an unforgettable event.

This year is the celebration of the seventy-seventh birthday of His Imperial Majesty the Emperor Akihito. His birthday is celebrated as National Day (tenno no tanjobi) in Japan.The real birthday of this Emperor is on December 23. (The birthday celebration changes with the birth date of each Emperor.) Well wishes, banners, and flags are evident in Japan during this celebration and the Emperor usually marks the occasion with a special address to his people.

In Japanese culture, the seventy-seventh birthday is a special occasion because the second kanji of kiju meaning “happy age,” resembles the characters for seventy-seven when written in cursive style. This year is also the 21st Anniversary of His Majesty the Emperor’s Accession to the Chrysanthemum Throne. The Emperor and his wife live in the Imperial Palace where well-wishers in Tokyo will see appearances of the family at three times on December 23.

The evening of the reception in Nashville was bitterly cold, but inside the party only warmth and friendship abounded. Consul-General and Mrs. Sato graciously greeted all guests as they entered the reception hall. Mrs. Sato was attired in a beautiful traditional kimono.

Among the honored guests for the evening were Congressman Jim Cooper who represents Tennessee’s Fifth District in the House of Representatives; Commissioner Matthew H. Kisber of the Tennessee Department of Economic and Community Development;  and Tennessee Attorney General Robert E. Cooper, Jr..

Formal festivities began with the playing of the Japanese national anthem, “Kimigayo,” followed by “The Star-Spangled Banner,” the national anthem of the United States. Commissioner Matthew H. Kisber of the Tennessee Department of Economic and Community Development, representing Governor Phil Bredesen, praised the leadership of Consul-General Sato and his efforts in helping to create the ties between Japanese industry and Tennessee.

Consul-General Sato expressed his sorrow at seeing Mr. Kisber leave his current office since the working climate had been so outstanding with the current administration. He said that “a strong partnership and sincere cooperation” had guided the economic bonds between the Japanese businesses and their welcome to Tennessee. Consul-General Sato praised the people-to-people exchange that is “dependent on our actions at the local level.”

Consul-General Sato discussed the investments Japanese Companies have made in Tennessee in recent years, and reminded everyone that the theme of the Japanese Prime Minister is “Yes, you can!” 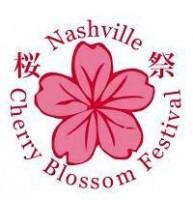 He went on to invite all to participate in the Third Cherry Blossom Festival in Nashville beginning on March 23, 2011 and the enjoyment of 1,000 cherry trees being planted across the city.

Another program receiving Consul-General Sato’s praise is the Japan Exchange Teachers (JET), several members of which were present. This program “builds bridges between Japan and the United States” as recent college graduates visit Japan. Members of the program teach language or sports in elementary, middle and high schools.

Consul-General Sato proudly announced that he had been able to throw out the first pitch at Japan Day for the Nashville Sounds last summer and added, “I am pleased to say that I was able to keep it out of the dirt!”

Concluding with the expression of his gratitude for the support and assistance of those in attendance, Consul-General Sato made a toast in honor of the Birthday of the Emperor.

Immediately following his speech, Consul-General Sato greeted Congressman Jim Cooper who had just flown in from a closing session of Congress.

Representative Cooper stated his pleasure at the wonderful job Mr. Sato performs in representing his country. He added that “it is great to celebrate our Japanese-American friendship with Nissan being just one of the companies who support many of our Tennessee families. I appreciate our long and enduring relationship.”

Mrs. Yoko Sato, wife of the Consul-General, is an accomplished craftsperson. Her beautiful origami baskets, cranes and flowers graced the tables. She is mother of both a son and daughter; the Satos now also have one grandchild.

Prior to moving to Nashville, Consul-General Sato, in addition to postings in Japan, has served in Hong Kong, New Zealand, Egypt, the Philippines, Malaysia, Washington, D.C., and two postings in New York. He was an attorney before entering the diplomatic service.

Assistant Professor David G. Nelson of the History and Philosophy Department of Austin Peay State University and his wife were also in attendance. Dr. Nelson is the liaison for Japanese cultural events at APSU. He said that the Japanese dance concert this year was a tremendous success and he looks forward to future programs.

The Consulate-General of Japan is located at 1801 West End Avenue in Nashville. Megumi Osugi Stepien is the Consul of Culture and Information (pubic relations officer); she is most gracious and competent in answering all questions relating to Japanese events in the Nashville area.