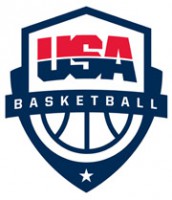 Lanzarote, Canary Islands – Following a week-long training camp in Colorado Springs, CO, the 2013 USA Women’s U19 World Championship Team (1-0) got its first taste of competition in the 2013 Lanzarote International Invitational, earning a 71-66 exhibition game victory over a tough Australian (0-1) squad.

The USA-Spain contest will be streamed live online for free at http://www.feb.es. The tournament concludes on Sunday with the Americans going up against Canada at 6:00am ET (11:00am in Lanzarote).

Tennessee’s Bashaara Graves started the game for the USA and grabbed four rebounds for her squad in 19 minutes. The 2013 SEC Freshman of the Year struggled through a tough shooting night, hitting one of six shots and finishing with two points.

Morgan Tuck (University of Connecticut) scored 15 of her team-high 17 points in the second half, including a steal and layup with 7:23 remaining in the game that pushed the Americans in front for good. Also scoring in double digits for the U.S. were Breanna Stewart (Connecticut / North Syracuse, N.Y.), who notched the game’s only double-double with 12 points and 10 rebounds.

“To get out of the gates with that type of game and that kind of competition was just amazing for us,” said USA U19 and University of Miami head coach Katie Meier. “That just made us better; we just became a lot better team through the course of one game. It tested our grit to see if we would respond to being down and if we’re going to win a game with our defense. We were losing because of our defense and then we won it because of our defense. We knew the game hinged on that and I thought the kids really battled with pride.”

Australia went up 33-29 at halftime and at the 6:23 mark in the third quarter, held its largest lead of the night, 40-33. Tuck, who scored 11 of the USA’s first 13 points of the second half, continued to help the Americans battle back and her lone 3-pointer of the game at 3:33 pulled the USA to 44-42. But no matter how hard the U.S. tried to retake the lead, Australia countered back and at the third-quarter buzzer the USA was behind 49-45.

That was about to change.

The USA let its defensive pressure loose on Australia for the first time in the game and produced five of the team’s seven steals on the night. The defensive effort ignited its offense into outscoring the Aussies 26-17 in the final stanza for the eventual victory.