HomeNewsTennessee Bureau of Investigation arrests April Stowe for the Murder of her...
News

Nashville, TN – The Tennessee Bureau of Investigation has arrested and charged a Cannon County woman in connection to the murder of her mother.

In cooperation with the Millersville Police Department, and with the assistance of the Cannon County Sheriff’s Department, TBI Special Agents began investigating the death of Valerie Jean McFadden on June 23rd, the same day a passerby discovered the body of the 61-year-old Readyville woman along a rural road in Millersville. 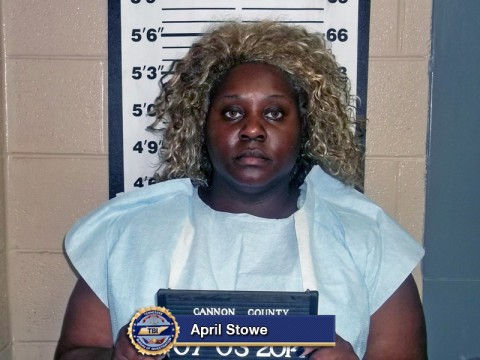 During the course of the investigation, Special Agents developed information leading to the arrest Thursday, July 3rd, 1014 of McFadden’s daughter, 40-year-old April Stowe.

Authorities believe the crime occurred on our around June 23rd at a residence shared by the two women at 223 Paschal Road in Readyville, after which Stowe disposed of McFadden’s body on Woody Lane in Millersville.

At this time, the specific circumstances of the crime and its motive remain under investigation.

Thursday, July 3rd, 2014, Stowe was arrested by TBI Agents and charged with one count of First Degree Murder. At the time of this release, she was being held in the Cannon County Jail on $1,000,000 bond.