Clarksville, TN – Half of the District 10-AAA high school boys basketball teams have a legitimate shot at this season’s regular season title with only four district games remaining. Several teams got crucial wins last week to keep them in title contention.

Only two games separate six of the eight teams and four of the teams are tied for the top two spots in the district, separated by only one game. All the teams are sprinting toward the finish line. It will come down to a photo finish to determine the regular season champion. 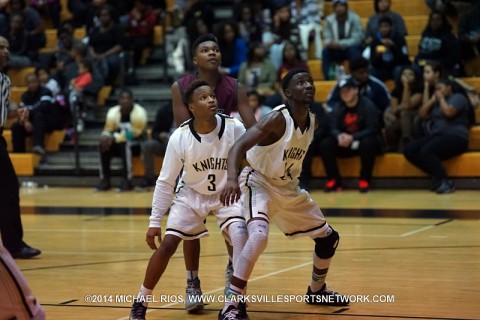 After defeating the Springfield Yellow Jackets, 67-58, last Tuesday, the Knights went on to stop the surging Clarksville High Wildcats last Friday, 57-51. The two wins put the Knights back at the top of the district in a tie with the Northwest Vikings. The Knights and the Vikings will play each other Friday, January 30th. The Knights won the last time they played earlier this season. 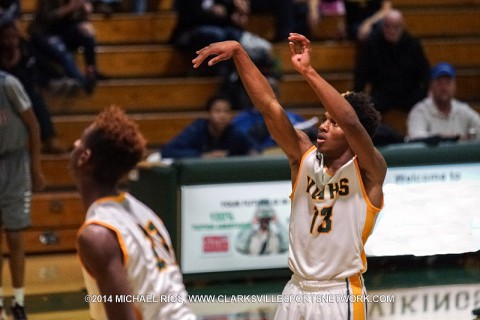 The Eagles two wins last week were very nearly losses. First, they put down the Vikings in a very close game, 58-57, last Tuesday. Afterwards, they beat the Henry County Patriots by two points, 44-42, Friday. The two wins catapulted the Eagles to a tie with the Wildcats, just one game behind the Knights and Vikings.

The Eagles have already played two games against the Wildcats and Vikings, splitting wins with both teams. However, they have already defeated the Knights once and will play them again in a game that may determine the regular season champion Friday, February 6th.

The Vikings (13-9) historic season continued with a win and a loss last week. After losing to the Eagles last Tuesday, they rebounded with a 71-61 win over the West Creek Coyotes. The Vikings have won four of their last five games and are tied with the Knights at the top of District 10-AAA.

The Hawks (11-8) earned their third district win of the season against the Wildcats last Tuesday. However, they followed it with a 43-46 loss to the Yellow Jackets Friday. All of the Hawks district wins have come in the last 10 games. They have gone 6-4 during that span.

The Montgomery Central Indians (12-7, 8-4) defeated Lewis County, 66-46, last Tuesday before being trampled by Waverly, 23-73, Friday. The Indians are currently tied with Camden Central in District 11-AA, four games behind top ranked Creek Wood. The Indians will host Creek Wood Tuesday, January 27th and travel for a rematch against the Cougars Thursday, January 29th.