Dallas, TX – Uric acid – a chemical at high levels can lead to serious illness – may lessen women’s disability after stroke, according to new research in the American Heart Association’s journal Stroke.

High levels of uric acid can lead to kidney stones or the inflammatory arthritic condition known as gout and is linked with heart and vascular problems and diabetes. 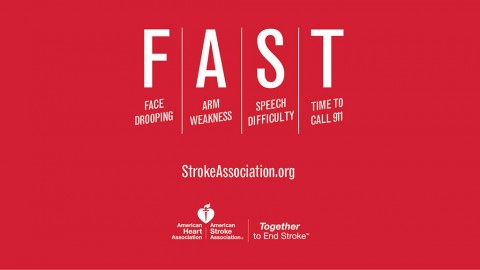 Women also had less dead tissue resulting from lack of blood supply after receiving uric acid. Among men, there was essentially no difference between uric acid treatment and placebo.

> 42 percent of women treated with uric acid had less disability three months after a stroke compared with women given a placebo.

> Researchers say women benefit from uric acid therapy because they generally have less uric acid circulating in their bodies.

Researchers re-analyzed 2014 data based on URICO-ICTUS, a randomized, double-blind trial of patients admitted to stroke centers in Spain. Participants included 206 women and 205 men. All participants were given therapies to remove the clots, while half in each gender group were also given either 1000 mg of uric acid therapy or a placebo through IV infusion.

In ischemic stroke – the most common form of stroke – a clot lodges in an artery supplying oxygen to the brain. When doctors successfully remove a clot, oxygen re-enters the brain, but it also releases free radicals, which may damage surrounding tissue. Uric acid counteracts the release of the free radicals, minimizing the damage.

Women in the study were, on average, seven years older than the men, and they were more likely to have irregular heartbeat, high blood pressure and other conditions. As younger, healthier stroke victims are treated, the results should be even more impressive, Ángel said.

More data are needed before uric acid becomes standard clinical practice. Among other directions, researchers want to determine whether uric acid also could benefit men — perhaps those with naturally lower levels of uric acid or high levels of blood sugar and other metabolic conditions that fuel the release of free radicals.

Each year in the United States about 55,000 more women have a stroke than men, and stroke kills and disables more women than men each year.

The Institute of Health Carlos III of the Spanish Ministry of Health and Fundación Doctor Melchor Colet supported the study.