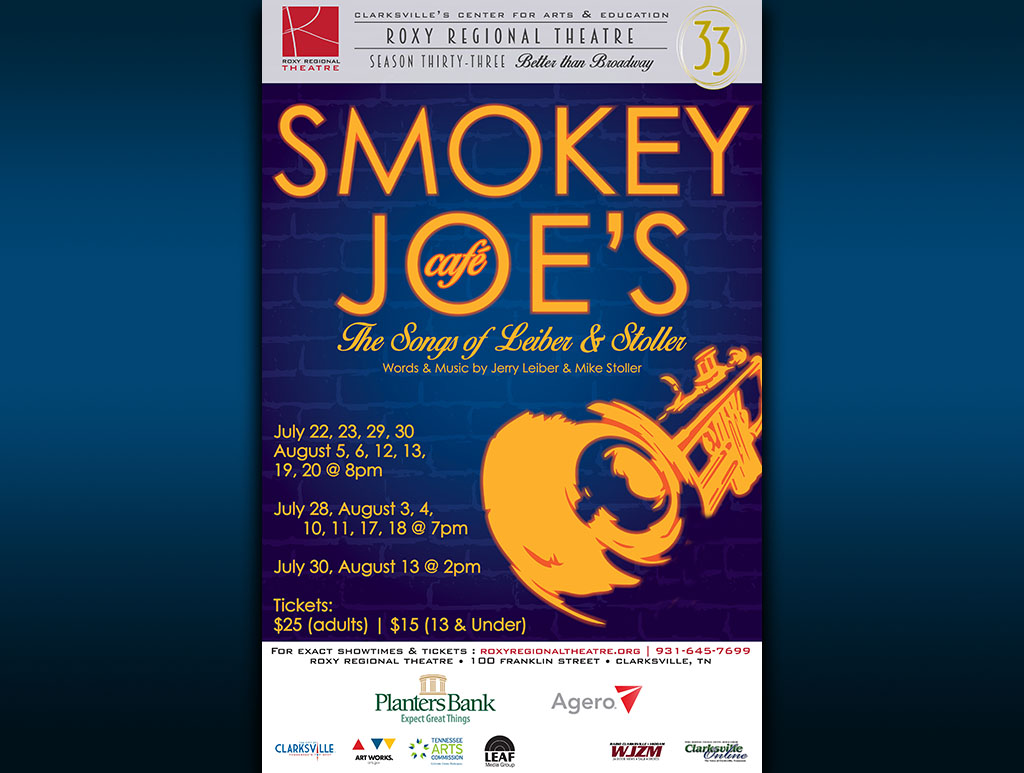 Clarksville, TN – The music that defined a generation, including such iconic songs from the 1950s and ’60s as “Hound Dog,” “Stand by Me,” “Yakety Yak,” “Jailhouse Rock,” “Spanish Harlem,” “On Broadway,” “Love Potion #9” and “Fools Fall in Love.” as penned by songwriters Jerry Leiber and Mike Stoller.

This summer, the work of that legendary team will be celebrated in the Roxy Regional Theatre’s production of “Smokey Joe’s Cafe”, running July 22nd through August 20th.

The longest running musical revue in Broadway history, this Tony Award-nominated and Grammy Award-winning production pays tribute to over three dozen of the greatest songs ever recorded during the golden age of American culture. 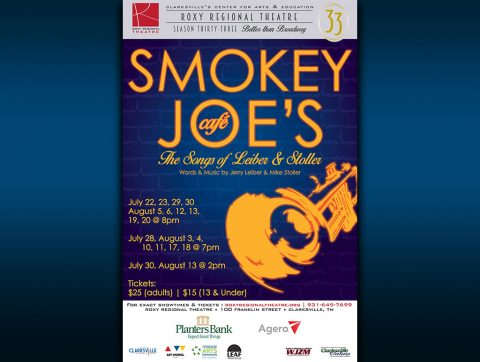 The classic themes of love won, lost and imagined take center stage by way of rhythm and blues, rock ‘n’ roll and pop standards performed by Matthew McNeill on piano, Thad Wallus on guitar, John Waddle on bass and Bernard Lott on drums.

“During the two-hour evening, we share laughter, discoveries, regrets and love,” says Yost-Rushton. “It is a nostalgic, sexy and irresistibly fun celebration of the music of Leiber and Stoller.”

“Smokey Joe’s Cafe” runs July 22nd through August 20th, playing Wednesdays and Thursdays at 7:00pm and Fridays and Saturdays at 8:00pm, with 2:00pm matinees on Saturday, July 30th and August 13th. There is no performance on Wednesday, July 27th.

Friday, July 22nd, is the theatre’s traditional pay-what-you-can preview. All tickets not pre-sold at the regular ticket price will go on sale at 7:30pm that evening for a $5.00 minimum donation.

Active duty military, APSU students and CitySaver coupon holders can receive two tickets for the price of one to Wednesday and Thursday performances.