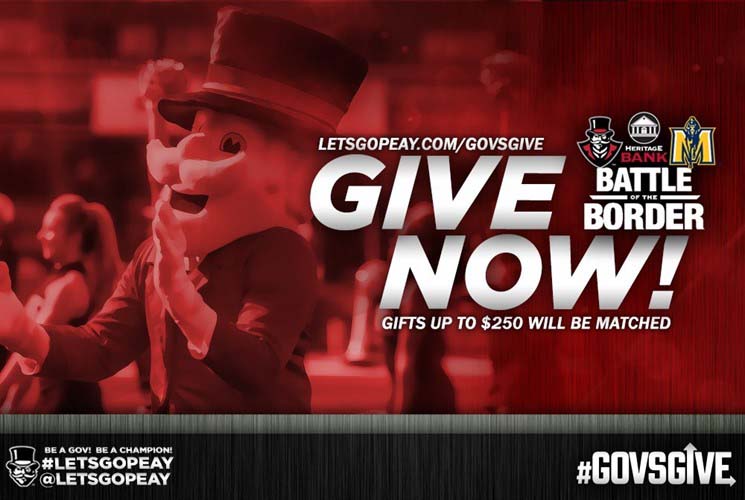 Clarksville, TN – Austin Peay State University (APSU) Athletics is amidst its first-ever online-giving campaign, #GovsGive, and there’s still time for you to get involved at www.GovsGive.com

The campaign began 6:00pm, Monday, and will continue as 90 hours of giving to raise $90,000 for Austin Peay State University. Included in that is $25,000 worth of matching gifts directly benefiting Governors Athletics. 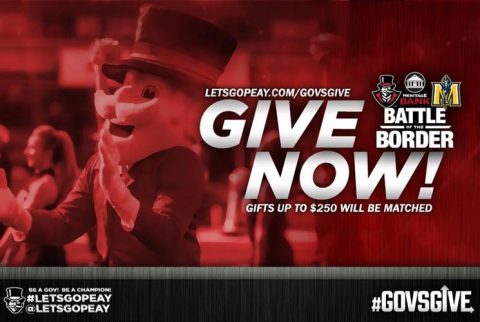 Governors Athletics’ vision is to be the premier athletics department in the Ohio Valley Conference. Athletics Director Ryan Ivey and his staff have been innovative in generating revenue to increase what has long been one of the lowest operating budgets in the league.

Govs Give is a great opportunity for student-athlete alumni, fans and friends get involved.