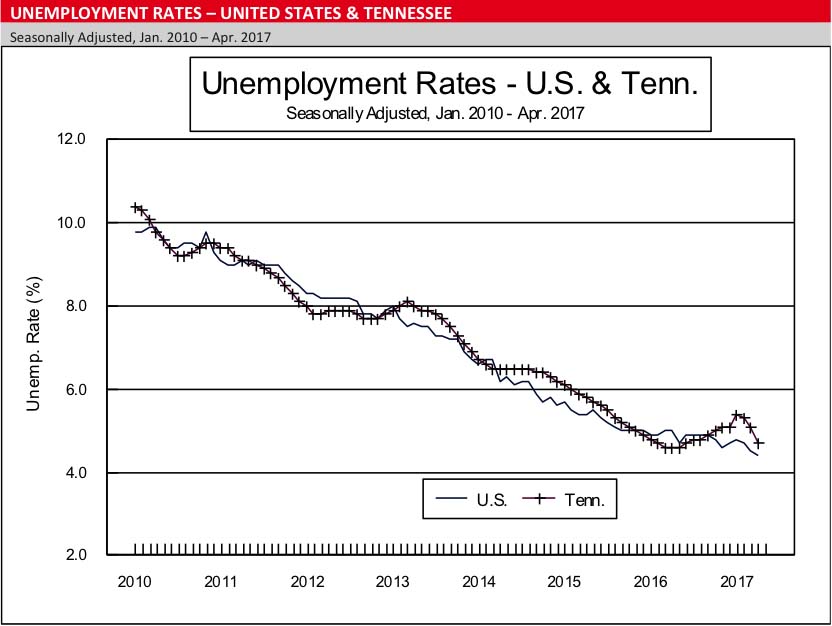 This decrease is greater than the tenth of a percentage point fall the national rate experienced in April, which put the U.S. preliminary rate at 4.4 percent for the month.

Tennessee’s seasonally adjusted unemployment rate has not declined this much since January of 1984.

“It’s great to see fewer Tennesseans were out of work during the month of April. Every drop in the unemployment rate, even a few tenths of a percent, represents a person who is back in the workforce and a family who is resting a little easier at night,” said Commissioner Phillips.

“It is the goal of everyone in this department, and that of our workforce partners across the state, to do everything possible to help Tennesseans go back to work, so when we compare year-to-year numbers, we see progress there as well,” added Commissioner Phillips. 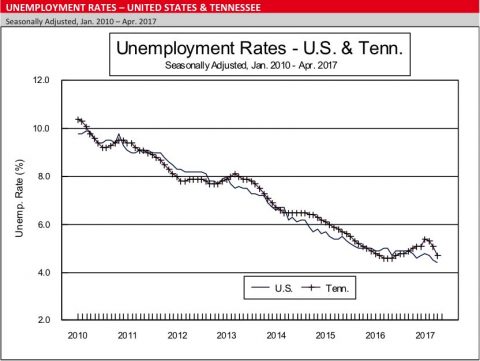 Nonfarm employment has increased by 57,000 jobs throughout the year, with the largest increases occurring in the trade/transportation/utilities, professional/business services, and education/health services.

The Economic Analysis and Labor Force Estimates are prepared by the Employment Security division’s labor market information specialists. The division reports metrics and contextual information as it relates to employment, income, and population in Tennessee. Labor force topics are narrated in monthly newsletters and additional resources are available on Jobs4TN.gov