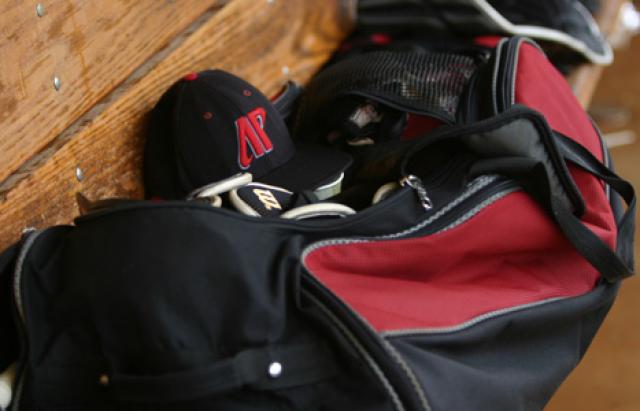 Clarksville, TN – From coast to coast and even Canada, Austin Peay State University has several of its baseball players plying their skills on several summer-league teams, as they continue to improve their skill for the upcoming 2017-18 school year.

Several of the Govs are hitting over .300 this summer for their respective teams, but arguably having the best summer across the board at the plate is outfielder Imani Willis, who is currently hitting at a .350 clip for the Kokomo (IN) Jackrabbits of the Prospect League.

His batting average, as well as his totals in stolen bases and triples are also among the best in the league.

Overall in 24 games, Willis has five doubles, four triples and two home runs among his 28 hits, while also scoring 13 runs, driving in 11 and stealing 11 bases.

Also having a great summer at the plate is Brandon Kelley, who is playing for the Paducah Chiefs of the Ohio Valley Summer League batting .354, with three doubles, while scoring 26 runs and stealing 22 bases in 106 plate appearances so far.

APSU teammate Tyler Hubbard also plays for the Chiefs, and has a home run among his five hits, while scoring seven runs and driving in five.

Phillips is having a solid summer, batting .250, with a couple of doubles and home runs for the Generals, while scoring 13 times and driving in 20.

Neff is having a great summer so far holding a 5-0 record for the Swampdogs, with an ERA of 1.69 and 43 strikeouts in 37.1 innings of work. Opponents are hitting just .150 versus Neff.

Heagarty had eight appearances out of the bullpen, with two saves, 12 strikeouts in 10.2 innings and a 4.22 ERA.

Also playing in the Coastal Plains League is infielder/pitcher Landon Kelly – on the Asheboro (NC) Copperheads – where he has posted a 2-0 record in three starts, with a 1.09 ERA and 20 strikeouts in 24.2 innings pitched. As a hitter, Kelly is batting .192, with a couple of doubles in eight games.

Walker is batting .308 for the Bombers, with nine doubles and one triple, while scoring 19 runs and driving in 17.

Newberg is batting .268 for the Moondogs – including a double and a home run – with five runs scored and seven RBI.

Finally, Costanzo has posted a 3-1 mark in five starts, with a 3.71 ERA in 26.2 inning pitched, while striking out 34 and walking only five.

Out in Kansas, infielder Max Remy is playing in the JayHawks League on the Hays Larks, batting .317 in 14 games, with eight runs scored and five RBI.

In Mayland, Garrett Kueber is playing for the Bethesda Big Train of the Cal Ripkin League, batting .213 – which includes five doubles, one triple and a home run – while scoring 12 runs and driving in 13.

Down in Florida, Josh Shouder is playing for the Florida Pokers of the South Florida Collegiate League, batting .192 in 13 games, with three RBIs and two runs scored.

Finally, infielder Andrew Flaherty is seeing action this summer in the Mile High Collegiate League, for the Denver (CO) Generals.