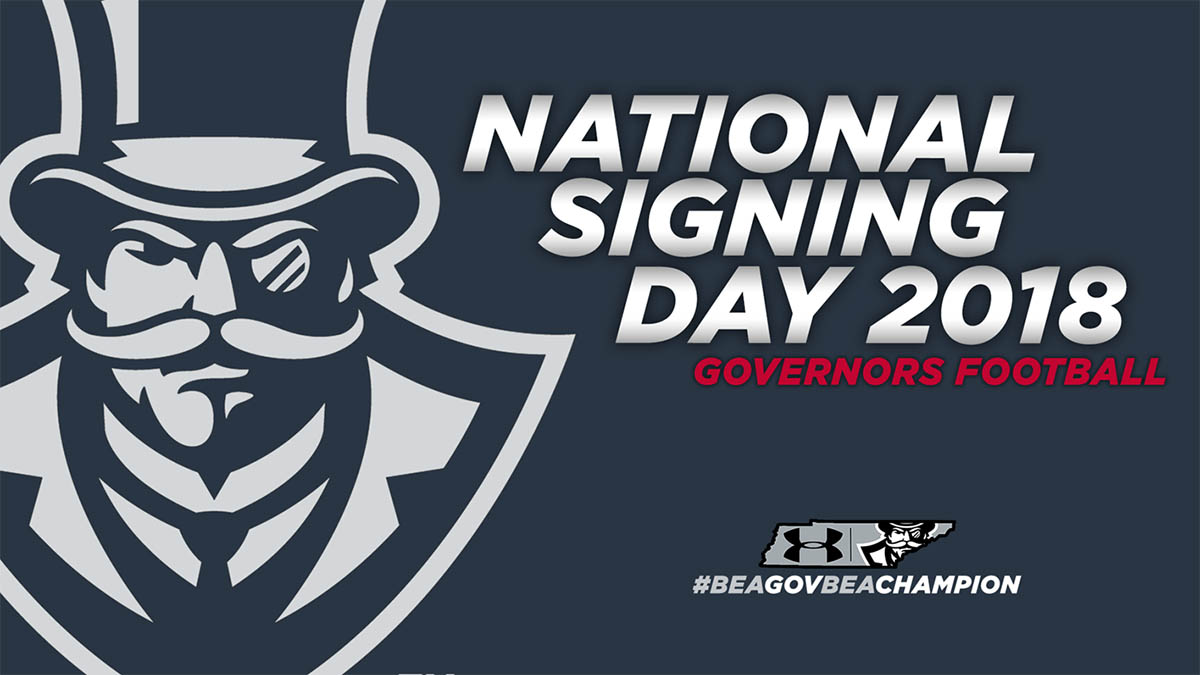 Clarksville, TN – Austin Peay State University’s football team has added to its 2018 signing class, with head coach Will Healy and his staff adding eight athletes to the Governors roster during the traditional February signing day, Wednesday.

The current eight-man February signing class has a distinctive Southern taste with three signees each from Alabama and Georgia with Mississippi and Florida supplying one man each to the Governors.

Along with the 13 signees during the first-ever early signing period in December, Austin Peay has added 21 new faces to its 2018 roster.

Additional signees may be announced during the rest of the February signing period, fans should follow Austin Peay football at LetsGoPeay.com or on Twitter (@AustinPeayFB).