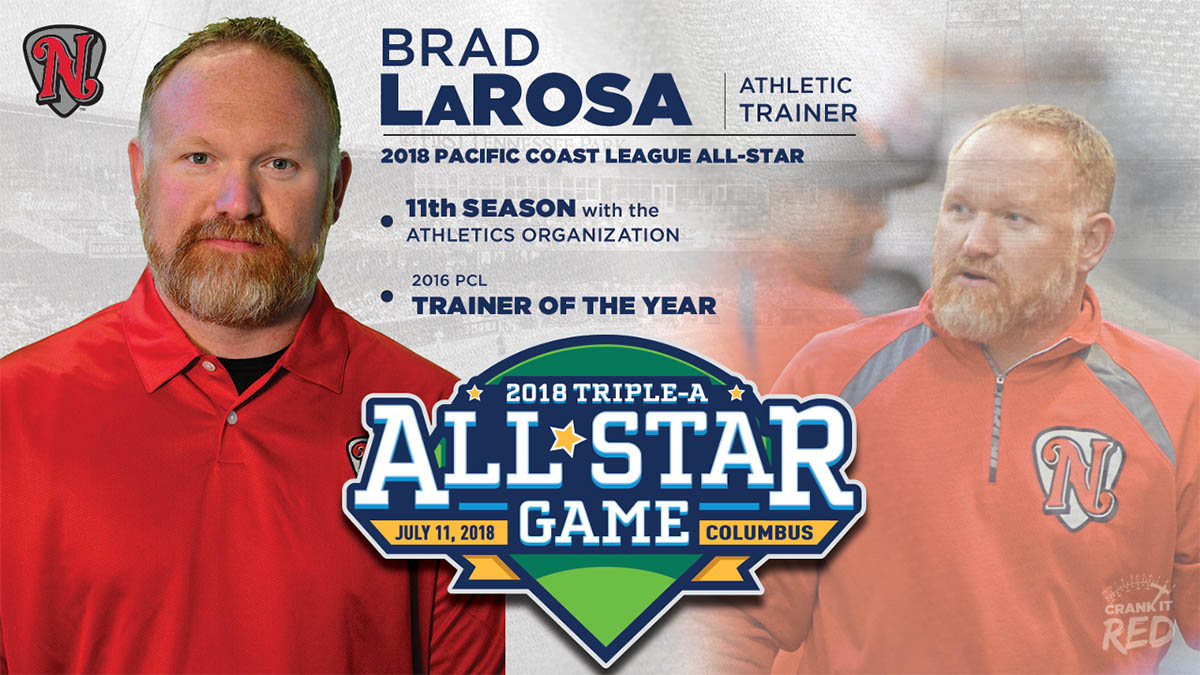 Nashville, TN – Nashville Sounds’ athletic trainer Brad LaRosa has been selected to the Pacific Coast League All-Star field staff for the 2018 Huntington Bank Triple-A All-Star Game presented by Gildan. The game will be played at Huntington Park in Columbus, Ohio on Wednesday, July 11th, 2108 at 8:00pm CST and pits all-stars from the International League against all-stars from the Pacific Coast League.

LaRosa will join Iowa’s Marty Pevey (manager), Fresno’s Dyar Miller (pitching coach), and Round Rock’s Geno Petralli (coach) on the Pacific Coast League staff. 2018 marks the second consecutive year a member of the Sounds’ field staff has been named to the PCL All-Star staff. Rick Rodriguez was selected as the league’s pitching coach in 2017. 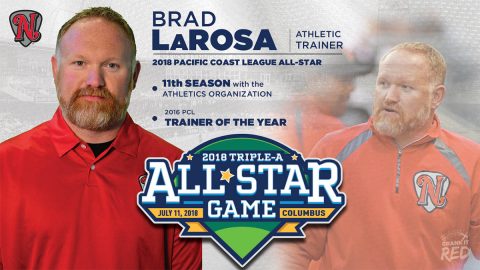 LaRosa is the first Sounds athletic trainer to serve on the PCL coaching staff since Jeff Paxson in 2008. The all-star nod is the third of his career. The 41-year-old was the athletic trainer in the 2007 Texas League All-Star Game and in the 2008 All-Star Futures Game.