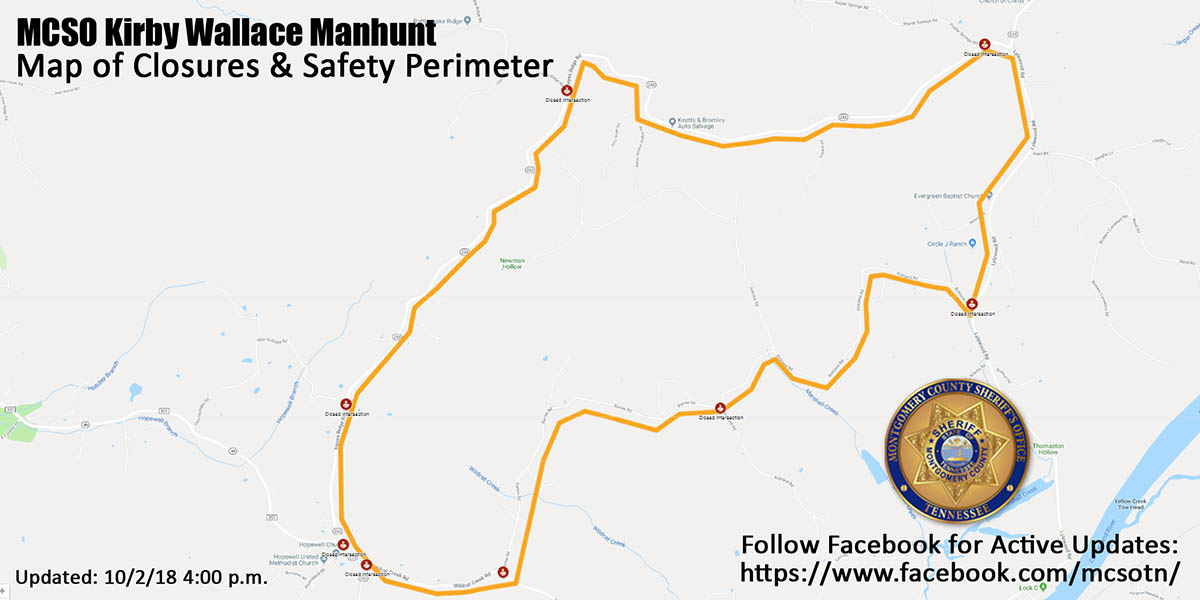 Clarksville, TN – Montgomery County Sheriff’s Office reminds everyone that there are still a few checkpoints throughout the Woodlawn and Indian Mound area in the search for Kirby Gene Wallace. If you live in the area you will be allowed home.

Except on Poplar Springs Road between Welker Road and Cumberland City Road. It is closed until further notice.

If you need any assistance returning or leaving your residence, please call 911. 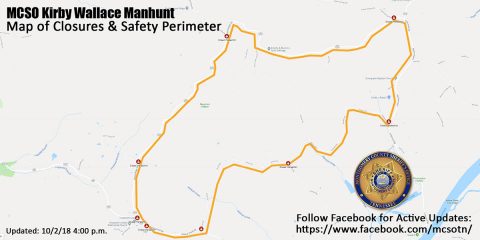 There is a reward of up to $5,000 for information leading to his arrest.