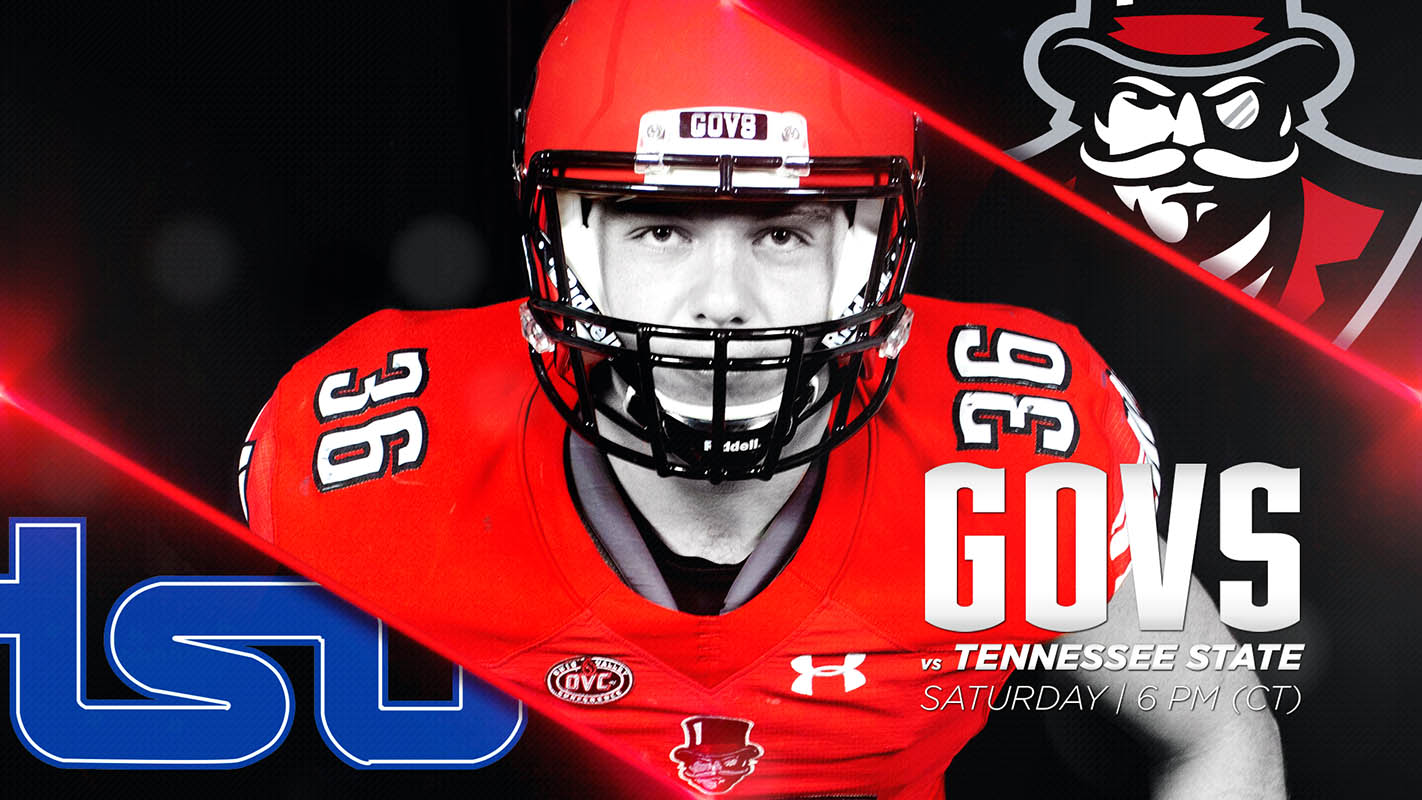 It will be Family Weekend for current students and parents, and game sponsor, Tennova Healthcare, will provide free pink water bottles to the first 5,000 fans in attendance in honor of breast cancer awareness. 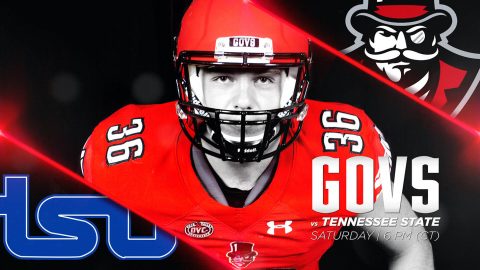 The Governors (2-3, 0-2 OVC) will resume their quest to repeat as Sgt. York Trophy champions against the Tigers (2-1, 1-0 OVC). It will be the second matchup to decide the award this season, with UT Martin taking the first result against the Govs two weeks ago.

Recent bouts in the series suggest a highly-competitive contest, as three of the past four matchups have been decided by four points or fewer. Last season, the APSU Govs took a 21-17 lead with 1:26 remaining in the game, and defensive end Jaison Williams sealed the result with a sack on the game’s final play.

TSU enters the game ranked second in the OVC in total offense (480.7), scoring offense (34.0) and passing offense (314.0). The Govs counter with the second-ranked pass defense in the conference, allowing just 186.9 yards per game passing.

“I think it’s a great matchup, obviously with the proximity,” head coach Will Healy said. “We know they’re a really good football team; that’s why we’re excited about the game. I think their talent level is exceptional. It’s a game for us the last two years that’s been very close. We were very fortunate to win a year ago.”

The defense forced two turnovers against Jacksonville State, marking the eighth straight game the Govs have forced a turnover, dating back to 2017. With a third-quarter interception by Malik Davis, the defense has recorded at least one interception in four consecutive contests. The Govs’ five interceptions ranks 24th in the country.

Austin Peay ranks 15th in the country in rushing, churning out 241.8 yards per game on the ground. Kentel Williams leads the way with 326 yards on just 27 carries for a 12.1 yards per carry average. Six players have rushed for at least 116 yards, and three have 224 yards or more.

He is the first Gov to throw four scores in a game since JaVaughn Craig tossed five against TSU in 2016.

298 – After posting nine total tackles to tie for the team lead at Jacksonville State, Gunnar Scholato now stands just two tackles shy of reaching 300 career tackles. He would be the 15th Gov to the 300-tackle milestone.

75 – Tre Nation’s 75-yard touchdown catch at Jacksonville State was the first touchdown reception of his career. It was also the longest pass completion of Oatsvall’s career.

42.6 – Devin Stuart leads the OVC and ranks 24th nationally, averaging 42.6 yards per punt. He has six of 50-plus yards, including a season-long 65-yarder against Jacksonville State.

Be sure to follow all the Austin Peay football action at LetsGoPeay.com and the official Facebook page of APSU Athletics. In addition, live play-by-play coverage can be found on Twitter (@AustinPeayFB) and PeayStats.com. Live coverage from this weekend will be provided via streaming (ESPN+).