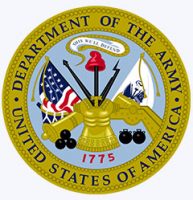 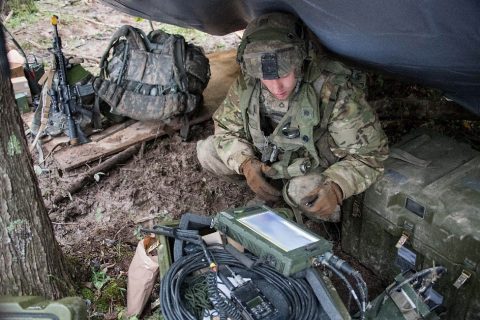 Together, they are collecting data to inform senior Army leaders on how effective, suitable, and survivable Spider will be during real-world operations.

Borys stressed that Spider is not technically a mine, but a “not victim-activated” munition system.

“The Army no longer uses victim-activated systems that would detonate immediately if someone or something triggers the system,” he said. 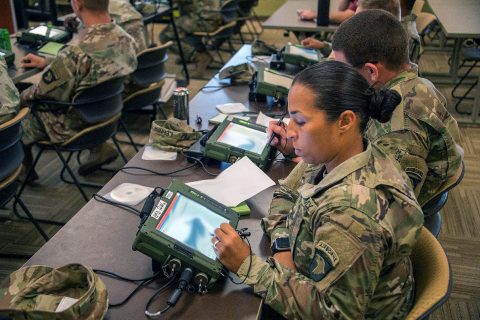 Instead, Spider Increment 1A is a networked munition package with a “man-in-the-loop” setup, said Borys, using a remote control station to monitor the system, while controlling every munition system networked to it.

“This test is a great opportunity that fell into our lap,” said Lt. Col. Keith Carter, commander of 1-26 Infantry about the ability to conduct realistic training for companies in his battalion.

MS2TD Test Officer Edward Jagodzinski said, “The 101st Airborne Division has embraced this operational test event placing the 2-BCT in the lead to ensure the Spider Increment 1A, employed by its organic engineers, can support its infantry companies on the battlefield.”

He said by the end of the test, the units will have employed the Spider Increment 1A network munition system during defensive and offensive force-on-force engagements each day for 16 straight days of tough, realistic training in the highly vegetative environment of Fort Campbell.

“Since operational testing is about Soldiers and unit missions,” said Jagodzinski, “this test event is about making sure the systems developed are — and remain effective — in a Soldier’s hands and suitable for the environments in which Soldiers and units train and fight.”

As the Army’s only independent operational tester, USAOTC tests and assesses Army, joint, and multi-service warfighting systems in realistic operational environments, using typical Soldiers to determine whether the systems are effective, suitable, and survivable. USAOTC is required by public law to test major systems before they are fielded to its ultimate customer — the American Soldier.

The Maneuver Support and Sustainment Test Directorate conducts operational tests of combat engineer, chemical, transportation, military police, quartermaster, ordnance and medical service systems in order to provide our senior leaders with the necessary information to field the highest quality equipment for the warfighter.