Clarksville, TN – The Austin Peay State University (APSU) softball team returns 18 letterwinners for 2019 – including six seniors – and will need every bit of experience it can muster as it faces a stiff regular-season schedule that includes nine teams that saw post-season play past their conference tournaments this past spring. 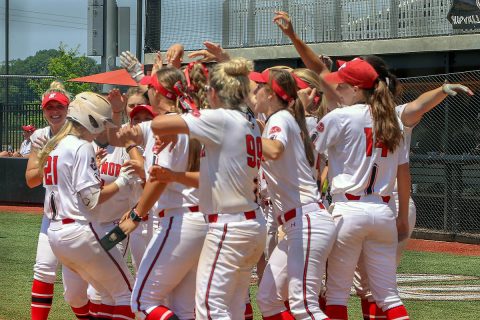 “When putting this schedule together, we felt it was something we could do and a challenge that we could accept,” first-year head coach Kassie Stanfill [1] said. “It is going to be hard, and we’re already talking to the girls and reminding them this is why we work and why we’re excited and eager to play some of the top programs around. For the most part, it’s going to help set us up for the Ohio Valley Conference.”

The Governors open their regular season on February 8th at UAB’s Tournament – the first of 21 straight games away from home to open the season – where they will face Louisiana at Monroe, Wright State and host, UAB.

They will follow that season-opening trip with back-to-back weekends in Louisiana. The first trip will be February 15th-17th at the 33rd Annual Louisiana Classic where they will face Stephen F. Austin, Jackson State and host, Louisiana. The following week, the Govs have a three-game series at McNeese State, followed by a single game at Lamar.

“Honestly, a lot of our games this spring are away games, so we’re going to be kind of used to that away-game feel,” Stanfill said. “For us it’s just making sure we’re doing our daily game-day routine, taking care of ourselves on and off the field and just coming out every day with our minds right and being ready to compete.”

Austin Peay continues its travels with its first mid-week tilt on February 27th at Middle Tennessee, followed by a trip to the east coast for a tournament at Coastal Carolina on March 1st-3rd where they square off against Radford, UNLV, Jacksonville and host, Coastal Carolina.

The Govs will close out their season-opening road swing with a single game at Ole Miss on March 6th before their home-opener at Joe and Cathi Maynard Softball Stadium-Cheryl Holt Field with a three-game series against North Alabama on March 9th-10th.

A final in-season tournament on March 15th-17th at Miami University wraps up the Govs’ non-conference slate, where they will face Dayton, Michigan State and host, Miami University.

OVC play opens the following weekend under a new scheduling format with conference doubleheaders being played on Fridays and Sundays. The Govs will also have a lone mid-week OVC twinbill against travel partner Murray State.

The new format allows for an extra weekend at the end of the season for rainout make-ups.

The Govs also have three non-conference road dates during April with doubleheaders at North Alabama (April 3rd) and Western Kentucky (April 24), and a single game at Lipscomb (April 23rd).

“We’re going to be tested and challenged in February and March, and I feel that it’s going to get us ready for that first weekend of OVC play,” Stanfill said. “We want to win a championship and that is what our senior class keeps saying.

“They want to win a championship and leave a legacy, so we’re thinking the schedule we’ve put together will be one that can challenge us and prepare us for that type of season.”

The OVC Championship will run May 9th-11th in Oxford, AL, at Choccolocco Park.