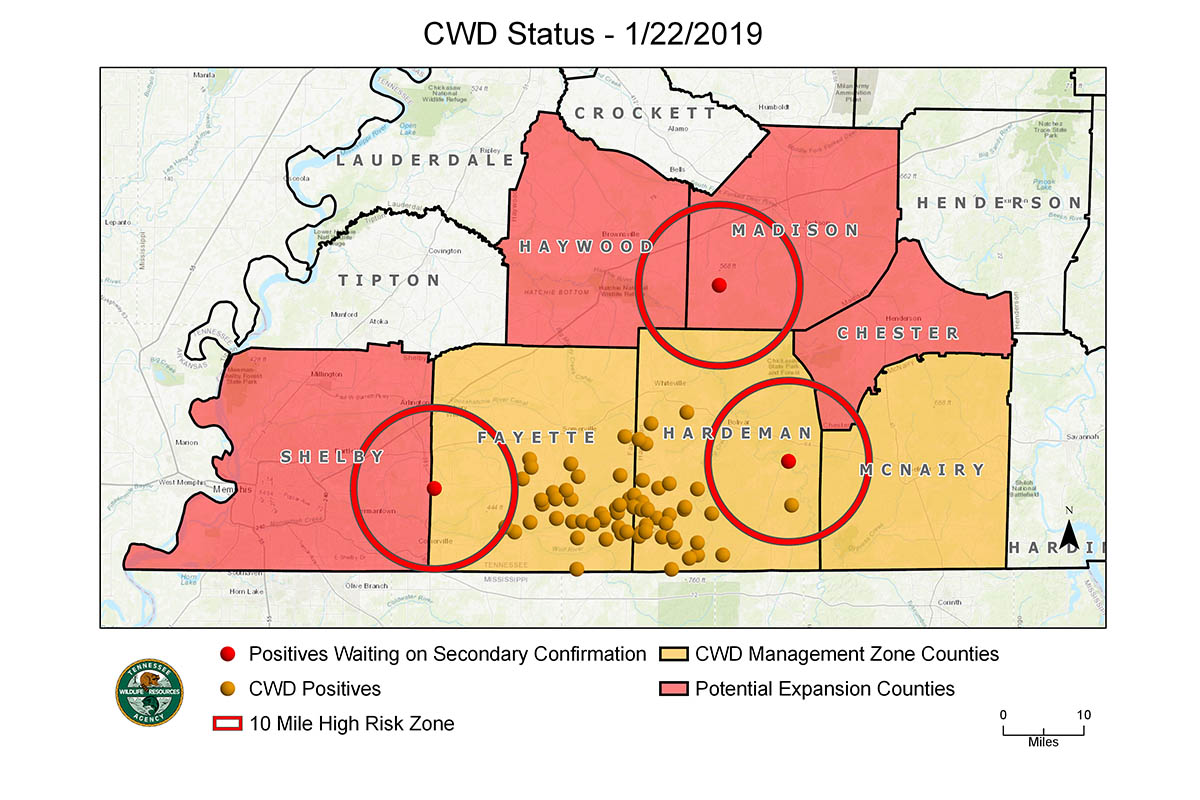 Two of the deer receiving secondary testing are from Hardeman and Fayette counties and if confirmed, would bring Chester County and Shelby County into the CWD Management Zone due to the proximity to those counties. 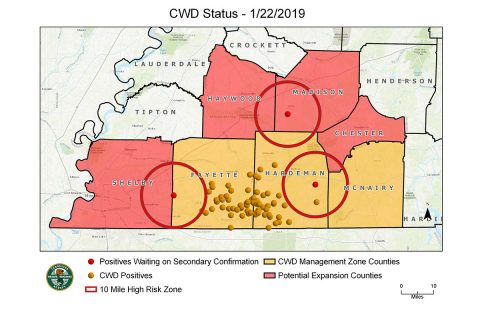 The remaining deer is from Madison County, and if confirmed, the location of that deer would add Madison and Haywood County to the zone. (See map for details).

Although Madison, Chester, Shelby, and Haywood counties are currently outside TWRA’s CWD Management Zone, CWD Coordinator Chuck Yoest, does not anticipate any changes to hunting regulations there for the remainder of the current 2018-19 deer hunting season.

“Changing the regulations now would be premature as we are getting new information daily,” Yoest said. “Once all the results have come back from our recent CWD sampling efforts, and all positive deer have been mapped, we will then develop a long term management plan including changes to hunting regulations.

“I imagine some people perceive the increased total of positives and the potential of expansion of the zone as an indication the disease is rapidly growing,” Yoest continued. “It is instead due to TWRA’s swift and focused sampling efforts in the affected area and being transparent and timely about the results as they are received.”

TWRA, with assistance from hunters, has collected more than 2,000 samples in the CWD Management Zone and surrounding counties since CWD was first detected on December 14th in Fayette and Hardeman counties. The Agency is still awaiting results on approximately 800 samples, and anticipates collecting a couple hundred more samples during the last week of the extended hunting season in the CWD Management Zone.