Clarksville, TN – Clarksville Police have charged a man responsible for two separate Aggravated Robberies after police numerous tips identifying the suspect from photos which were sent out to the public through media outlets.

On July 28th, 2019 around 1:00am, a man robbed a store in the 2500 block of Wilma Rudolph Boulevard. He wore a black bandanna to partially cover his face, pointed a silver handgun at the clerk and demanded and received money and then fled on foot. 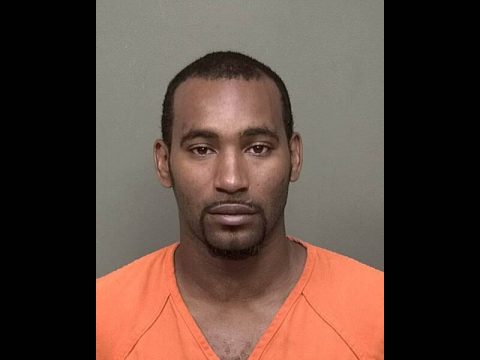 Demarion Jaquaz Jones has been arrested by Clarksville Police for two counts of Aggravated Robbery.

On August 2nd, around 1:00am, a man entered a Fair brook Place hotel wearing a bandanna around the lower part of his face and a Marilyn Monroe hat, pointed a handgun at the front desk clerk, and demanded money.

After receiving money, he took the clerk’s drivers license and studied it, placing the suspect in fear that the robber was threatening her, and would know where she lived.

Both robberies were caught on video surveillance. When photos from surveillance footage were released, eleven people contacted police and identified the suspect as Demarion Jaquaz Jones.

Along with the tips, Detective Honholt found other corroborating information linking Jones to the robberies. On August 8th, Jones was spotted by patrol officers in the exit 4 area and after cat and mousing with him from place to place, he was caught and taken in custody.

Demarion Jaquaz Jones, age 29, was booked into the Montgomery County Jail and charged with: Two Counts Aggravated Robbery, Coercion of a Witness, Evading Arrest, and Simple Possession. Jones’ bond is set at $195,000.

The lead investigator is Detective Honholt.