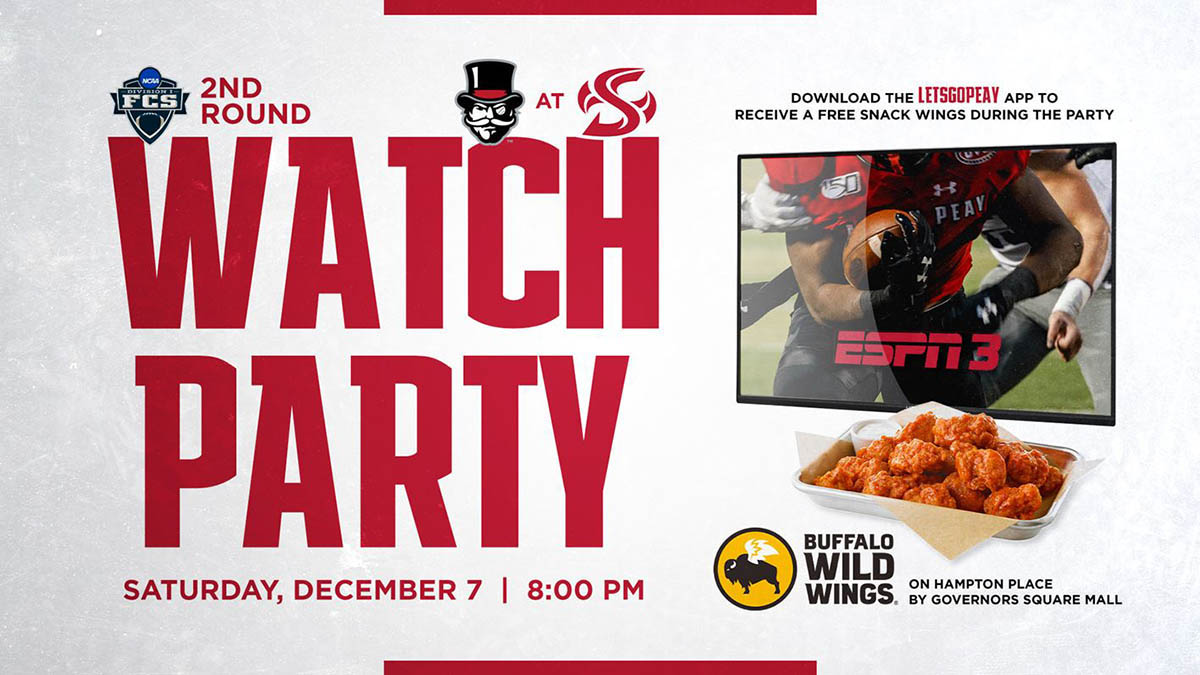 Clarksville, TN – The Austin Peay State University (APSU) athletics department welcomes all fans to Fortera Stadium at 10:30am, Thursday, December as the football team departs for its NCAA Division I Football Championship quarterfinal round contest at Montana State. 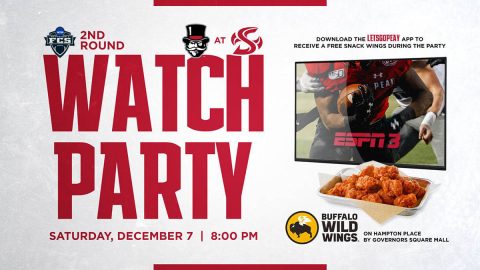 The send-off event will begin at 10:30am, prior to the Governors 11:00am departure from Fortera Stadium as they head to Nashville for their flight west and a 7:00pm (CT), Friday, contest against Montana State that will be broadcast on ESPN3.

APSU earned the quarterfinal round appearance with its second-round victory at Sacramento State, last Saturday.

In addition, Austin Peay State University and Buffalo Wild Wings have teamed up to hold a NCAA Playoffs Watch Party. Buffalo Wild Wings, located on Hampton Place near Governors Square Mall, will have its usual game day specials available for Governors fans with the game shown on the big screen in the restaurant.