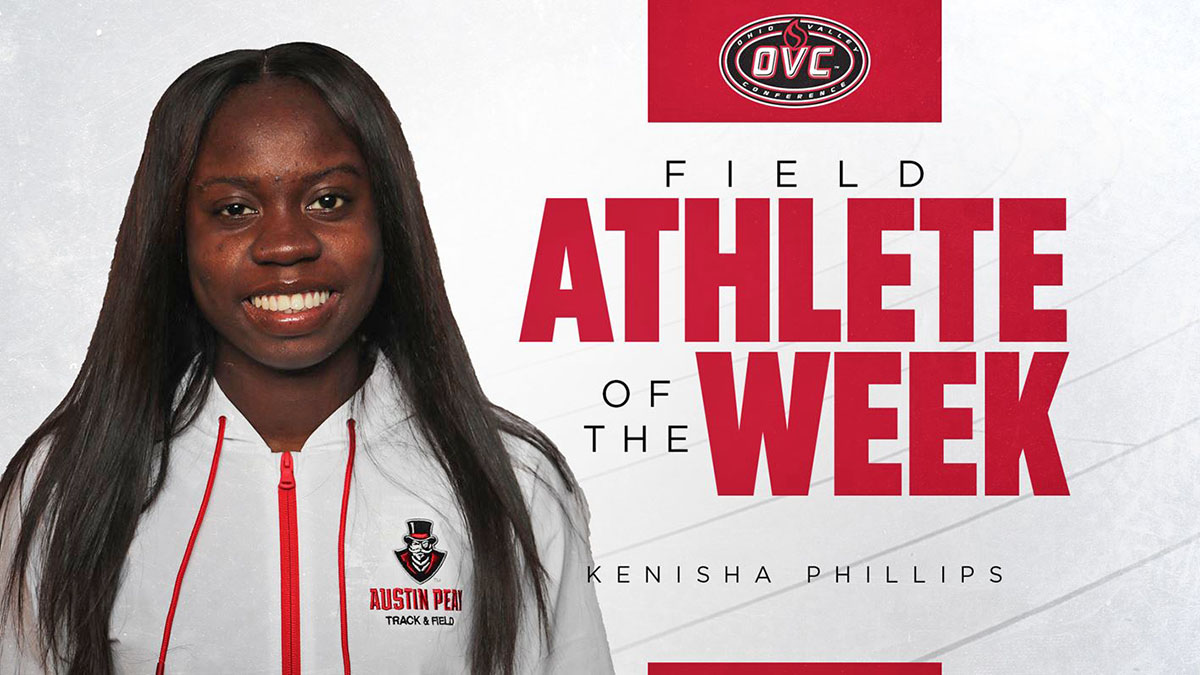 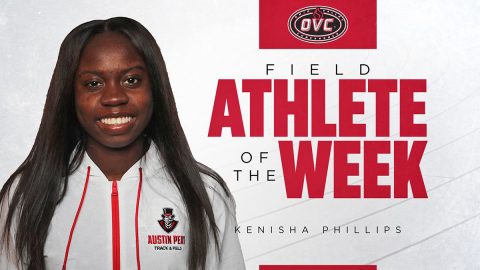 Phillips contributed to 30 points in Austin Peay State University’s team win at the Thundering Herd Invitational, Saturday, winning the 60m and 200m dashes as an individual and running a leg of the 4x400m relay.

Her 7.50 mark was one-hundredth of a second off the school record she already owns in the 60m dash, while her 24.52 in the 200m took over the top spot in the Ohio Valley Conference and was the eighth-fastest run in school history.

She closed the day by running a leg of the 4x400m relay which posted the fifth-fastest relay in school history en route to a 3:48.52 that blew away the field by nearly eight seconds.

Phillips now leads the OVC in the 200m dash and is second in the 60m, third in the 400m and the league’s top freshman in all three events. In the 60m, Phillips ranks 71st nationally and 13th among freshmen.

Through four weeks, five of the eight weekly honors (four each for track and field events) have gone to APSU student-athletes. Phillips is the first known APSU freshman with multiple indoor honors.