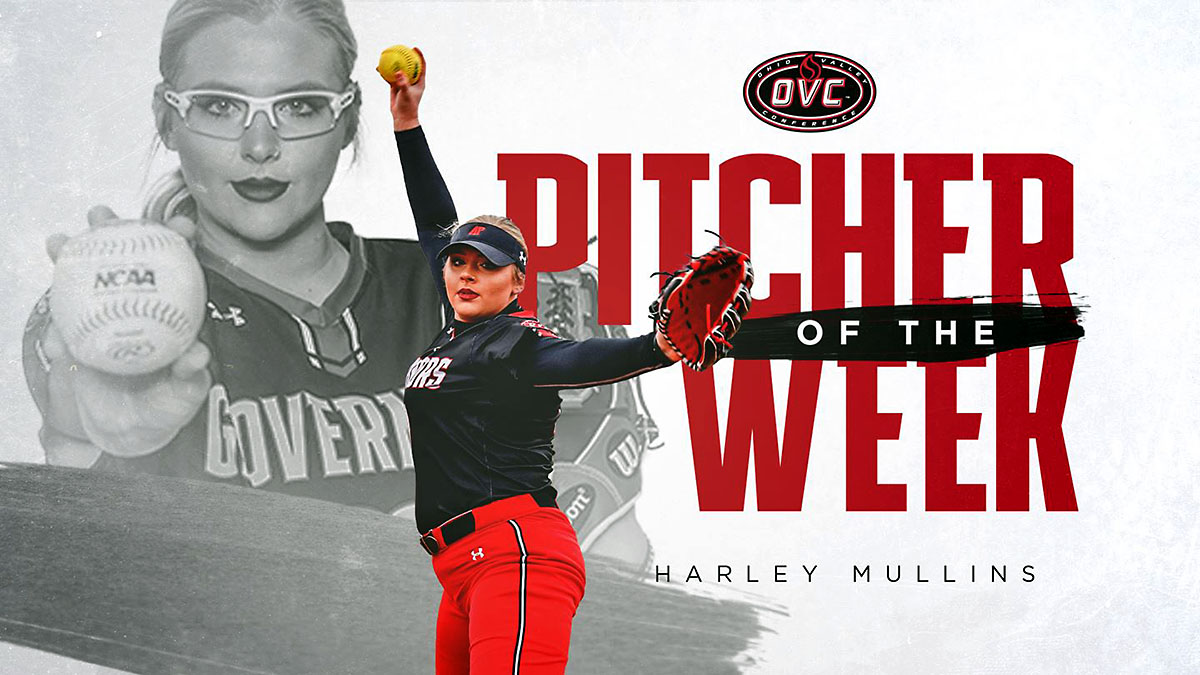 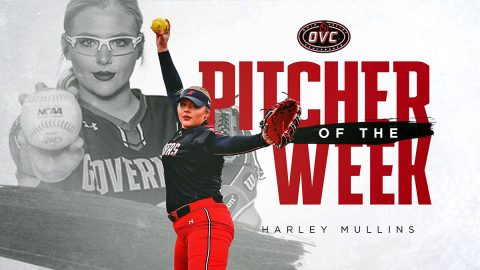 Mullins, from Saltillo, Mississippi, opened the week with that 10-inning, 3-2, complete game victory versus Bradley for APSU, no-hitting the Braves over the final 4.1 innings in a contest where she scattered seven hits while striking out seven.

She would follow that with a complete-game win versus UMass Lowell, taking a shutout into the sixth inning and giving up only four hits and one walk while striking out eight.

Mullins would wrap-up her weekend’s work with a complete- game victory against Purdue Fort Wayne, where she limited the Mastodons to one run over the first five innings, while giving up six hits and striking out a career high nine.

This marks the 16th time overall by nine different pitchers, a APSU Gov has earned the distinction of being named OVC Pitcher of the Week since the OVC started the honor in the 1994 season.