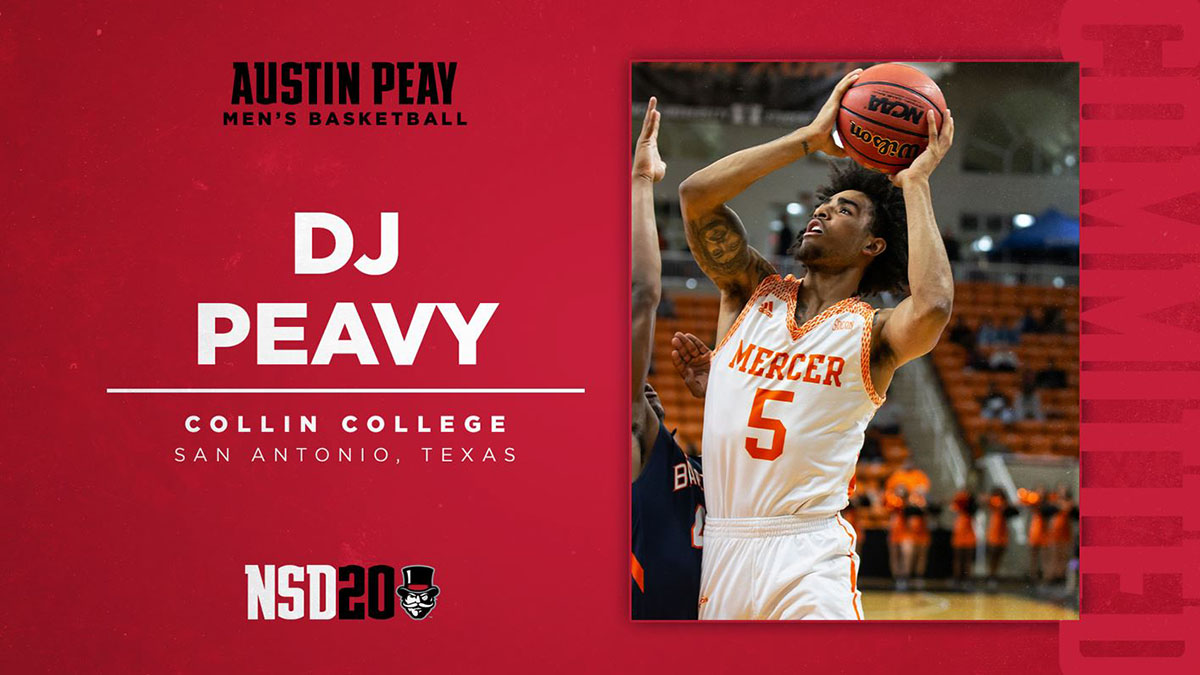 Clarksville, TN – The 2020-21 Austin Peay State University (APSU) men’s basketball roster has been filled out with the addition of DJ Peavy, a San Antonio native transferring from Collin College in Plano, Texas.

Peavy spent last season at Collin College, where he did not play following his transfer from Mercer after the 2019 season ended. 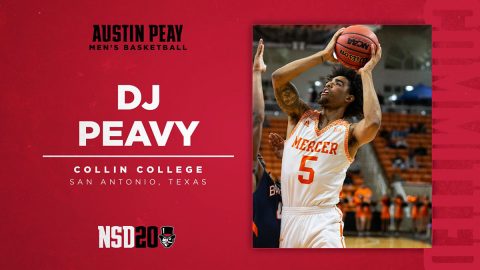 During his time in Macon, Peavy averaged nearly eight minutes per game across 17 contests before an injury in late January shut him down for the season.

He averaged 3.2 points on 54.5 percent shooting, including 58.8 percent from three. Peavy had a 16-point effort against Piedmont College in his second career game and a 15-point showing against Maryland-Eastern Shore.

Peavy prepped at Andy Dekaney High School, for whom he was district Defensive Player of the Year in 2018 and Newcomer of the Year in 2016. His brother Micah is a freshman on the basketball team at Texas Tech. Peavy also competed in the Houston Showcase All-Star Game.

“We brought him in because we wanted leadership in the backcourt and a point guard who has a high basketball IQ,” said Austin Peay head coach Matt Figger. “He’s a tough, defensive-minded guy with experience and we loved all the things he brought to the table.”