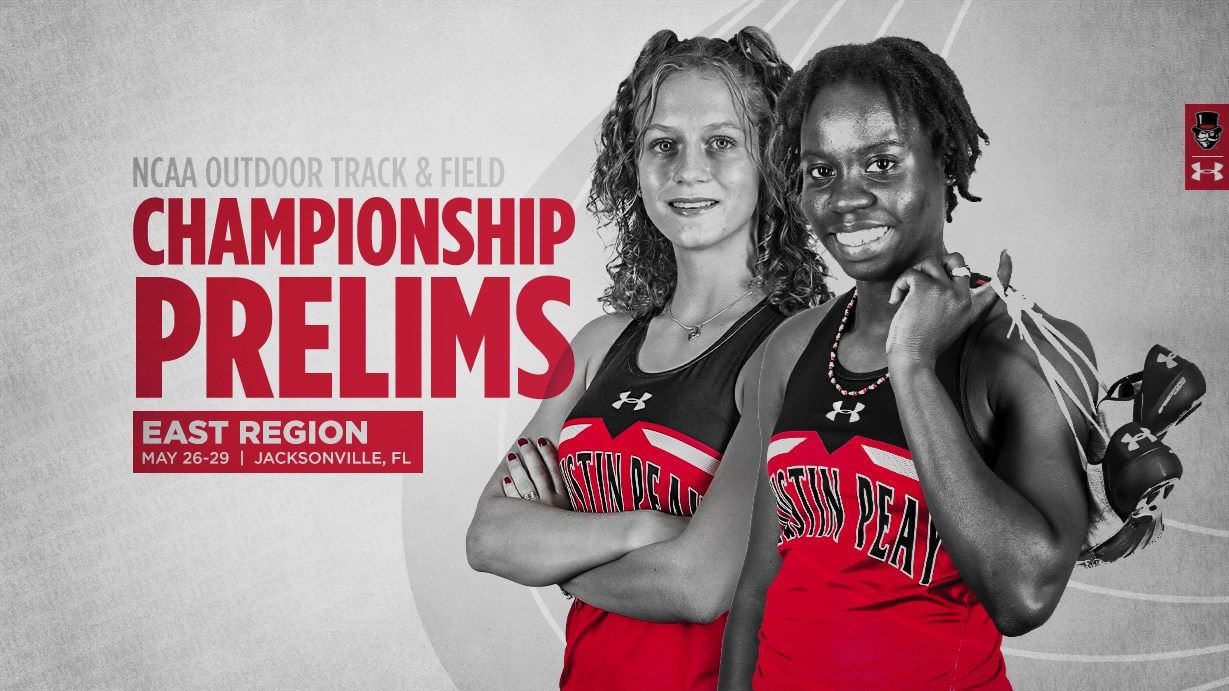 That’s the day the freshman duo begin their stay at the NCAA East Preliminary, hosted by North Florida and the Jacksonville Sports Council at Hodges Stadium. 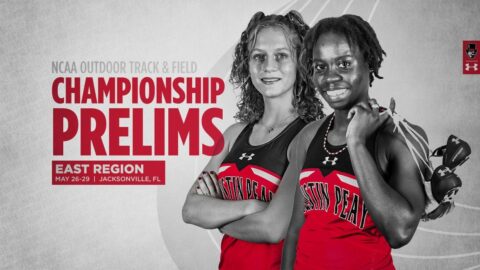 Schouten takes flight first in the pole vault at 2:00pm CT, while Phillips will make her first appearance at the regional level at 6:25pm CT later that evening.

This marks the sixth time since 2013 that multiple Governors have achieved regional qualification. Over that time, Schouten is the fourth Governors pole vaulter to attempt at advancing to the NCAA Championships, while Phillips looks to become the first Gov since Breigh Jones in 2014 to advance to the NCAA Championships in the 400-meter dash, or any other event for that matter.

Schouten will compete in the first flight of two in the pole vault where she is among six freshmen and ranks tied for 14th among the 24 competitors in her flight. She’s been above the four-meter mark in her last two outings and looks to make it three straight in her first regional appearance.

If Schouten clears the bar at the fourth progression of 4.17 meters, she will tie Savannah Amato for the school record; a clearance at the fifth progression’s 4.27-meter mark would give her sole possession of the best mark, indoor or outdoor, in program history.

Schouten got a look at some of her competition at the Kentucky Open, May 1; that day, she placed second as part of a quartet of regional qualifiers in Kentucky’s Siobhan Szerencsits, Cincinnati’s Rachel Coghill, and Marshall’s Lauren Zaglifa, with both Szerencsits and Coghill in Flight One.

Overall, she goes into the meet ranked 28th in the region and tied for 58th nationally in the pole vault.

Phillips will run the inside lane, No. 2, in the fourth heat of the 400-meter dash; as things stand entering the meet, she ranks fourth in the heat at 53.38, but she has yet to face a field that will allow her to find the outer limits of her natural physical gifts in the sprints. She’s easily eclipsed 54 seconds in her last two 400-meter events, securing her spot in this field during the Kentucky Open and winning gold in the 400-meter during the OVC Outdoor Championships in her last attempt.

The only two sub-53 second 400-meter runs in Austin Peay State University history belong to the aforementioned Jones; she achieved both at the 2014 NCAA East Preliminaries to secure her spot in Oregon, which Phillips will likely need to approach, if not surpass, in her pursuit of an NCAA Championship appearance.

Like Schouten, Phillips doesn’t have a ton of familiarity with her foes in the 400 field, at least not as 400 runners. But she did square off against Middle Tennessee’s Amarachukwu Obi in the 200 at the Hilltopper Relays, Kentucky’s Megan Moss in the 200 and 400 at the Kentucky Open, and Pitt’s Nikki Scherer and Cincinnati’s Tiona Lattimore in that same 400 in the Bluegrass State.

Just in her heat, Phillips will line up alongside Big 10 champion Ziyah Holman (Michigan) and MAC champion Olivia Bechtel (Miami). Phillips, Holman, and Coastal Carolina’s Amaryah White are the three freshmen in this heat, and among a dozen freshmen who made the grade to gain a spot in the East Preliminary for 2021.

Regionally, Phillips ranks 31st in the 400-meter dash; she stands at 69th overall in the NCAA. If she advances on Thursday—which requires either a top-three finish in her heat or one of the six fastest times outside a top-three heat finish—she’ll run again Saturday night at 6:20pm (CT) in the quarterfinals. The top three in the three quarterfinal heats and the three fastest non-top three finishers will advance from the quarterfinals to Eugene for the NCAA Championships, June 9th-12th.

Live results for the preliminary will be provided by the NCAA, while North Florida has stepped in to provide live video coverage for the event.