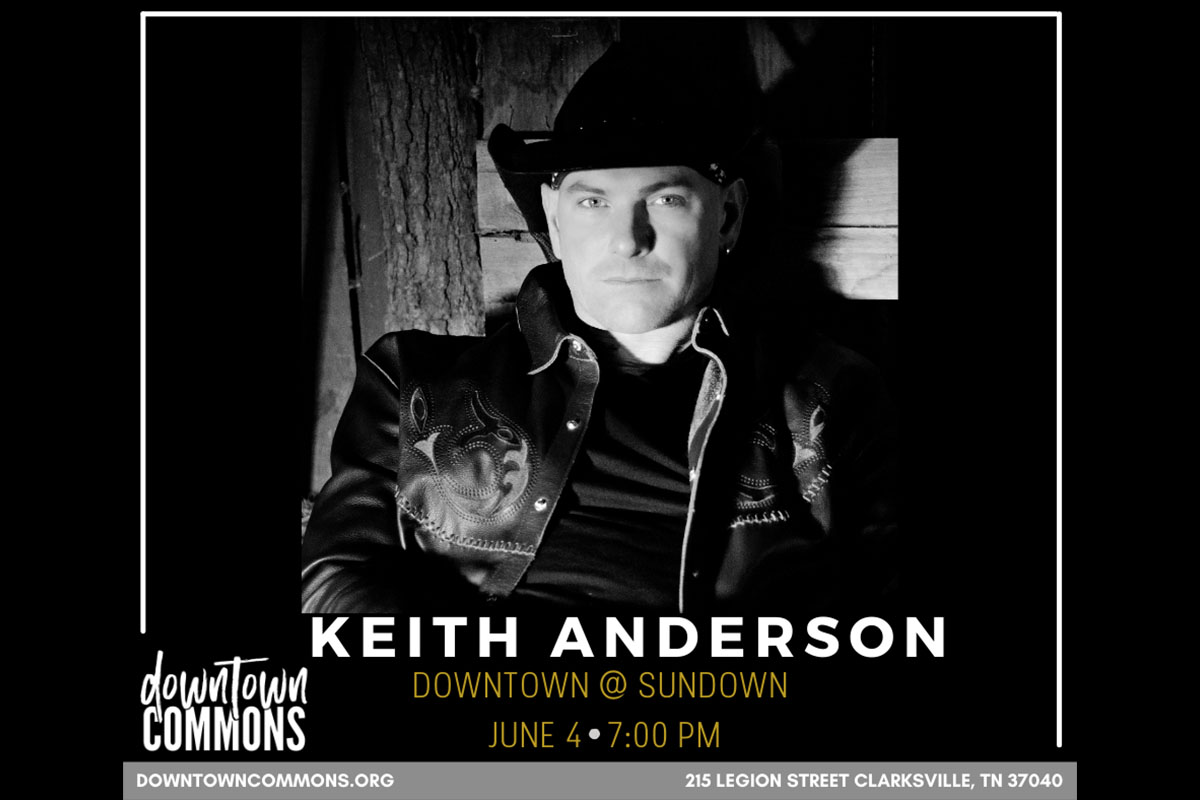 Montgomery County, TN – Downtown @ Sundown will feature Keith Anderson with opener The Tennessee Pluckers at this week’s concert at 7:00pm on June 4th, 2021 at Downtown Commons.

Featured artist, country singer/songwriter Keith Anderson will begin playing at 8:00pm Anderson is known for songs like “I’ll Bring The Music,” “I Still Miss You,” and “Sunday Morning in America.” 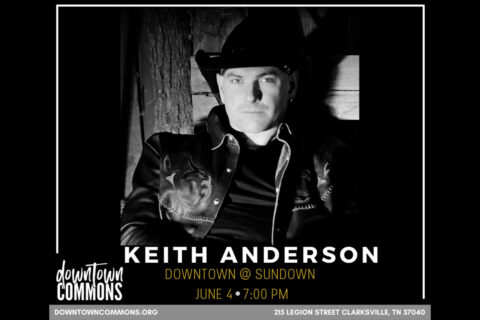 His debut CD, “Three Chord Country and American Rock and Roll,” was certified Gold and garnered two Top 10 hits (accompanied by two No. 1 music videos) “Pickin’ Wildflowes,” and “Every Time I hear Your Name,” along with hits like “XXL” and “Podunk.”

Opening for Keith Anderson at 7:00pm is a local country and southern rock band, The Tennessee Pluckers. They play at various local venues, county festivals, basketball arenas, and amphitheaters. Kyle Clements, Logan Moore, and Wes Page will bring on the fun this Friday night.

Local food trucks will also be set up before and during the shows. Chick’nCone, Driving You Donuts, Burgasm, Heather’s Homemade Icecream, and Tater Headz are all expected to be on site. Additionally, beer and other beverages will be for sale with all proceeds benefiting our featured non-profit, United Way of the Greater Clarksville Region.

“The turnout for the first two concerts has been fantastic! It’s just exciting to see so many people out enjoying themselves,” said Montgomery County Mayor Jim Durrett.

Downtown @ Sundown is brought to you by TriStar Beverage and F&M Bank and sponsored in part by Waste Connections of Clarksville. To stay up-to-date with events happening at the Downtown Commons visit our Facebook page at Downtown Commons and our Instagram page @downtowncommonstn