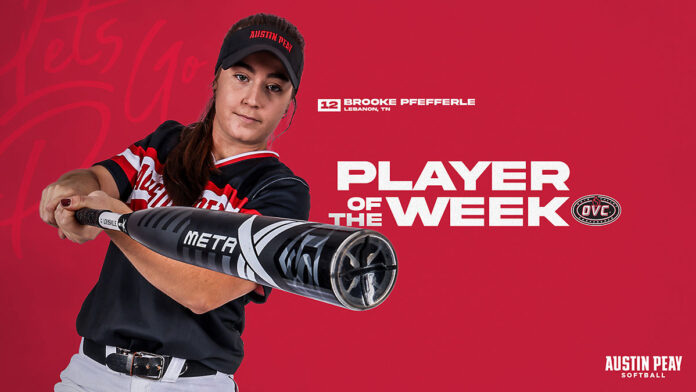 Overall, Pfefferle authored six hits in 11 at bats, including a triple and a home run, while leading the team with eight RBI – two of which were game-winners. She also scored three runs, walked twice, and was hit by a pitch.

Overall, Pfefferle becomes the 26th Governor softball player to earn Player of the Week honors in the OVC, since they started bestowing the weekly accolade at the start of the 1994 season.