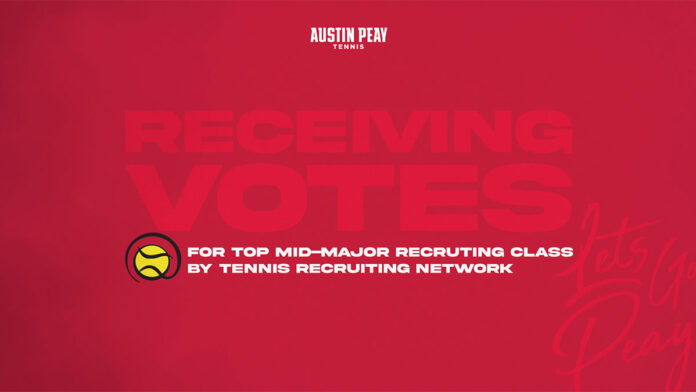 The Governors were one of four ASUN Conference teams listed, with Jacksonville State ranked 16th, followed by Lipscomb at 23rd and North Florida who also received votes.

A Clarksville native, Kujawa is listed as a three-star recruit by tennisrecruiting.net and is the No. 7 player in the state. Kujawa won three-straight district and regional championships at Clarksville Academy under head coach Terry Ray and advanced to the semifinals of the TSSAA Division II Class A Girl’s Singles Tennis Tournament each year the tournament was held.

Hefti prepped at PMS Kreuzlingen in Kreuzlingen, Switzerland where she was a two-time Swiss Doubles Champion. The Swiss native has a Universal Tennis Ranking of 9.30 and reached a career-high International Tennis Federation Junior Ranking of 269, Feb. 2020 – the highest known mark by an incoming women’s tennis player in program history.

Hailing from Caredo, Italy, Fontana has an Italian Tennis Ranking of 2.5. and is the first known Italian-born player in program history.

In her prep career, Lascheck placed second at the Youth Olympics Training and was ranked 34th in the U18 German Ranking and 171 in the Women’s German Ranking in November 2021.

The quintet makes their collegiate debuts in the fall during Austin Peay’s inaugural season as a member of the ASUN Conference.