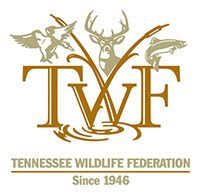 Nashville, TN – Tennessee Wildlife Federation (TWF), one of the largest and oldest nonprofits dedicated to conserving the state’s wildlife and natural resources hosted more than 1,100 athletes from 79 teams at its 2022 Tennessee Scholastic Clay Target Program (SCTP) State Championships from June 20th-25th at the Nashville Gun Club.

“Each year we strive to make the Tennessee Scholastic Clay Target Program the best it has ever been. Federation staff worked tirelessly to provide our talented athletes and coaches an incredible, safe experience–despite days of over 100 degrees throughout the week of competition,” said JW Worthen, director of programs, Tennessee Wildlife Federation.

“These athletes, coaches and parents put so much effort and passion into shooting sports, and we are grateful to be a part of that and watch the athletes grow in their abilities year after year,”  Worthen stated.

New to the competition this year, the super sporting event was hailed as the favorite of the week for many athletes. Doubles trap and extended yard line trap, which made their debut in 2021, each saw more than twice the number of entries from the inaugural year.

These newer events not only allow the athletes to experience a more well-rounded shotgun shooting sports experience, but also increase their mental toughness as they learn and prepare for competing in several – or sometimes all – of these events in a single competition.

Ashley Tone participated in Tennessee Scholastic Clay Target Program as a student-athlete, then as a retail vendor at the event, and now serves as Program Manager for Tennessee SCTP.

“This first year as Program Manager has been more challenging than I imagined, but it was also more rewarding than I could have ever imagined,” said Ashley. “Seeing all of these teams come together and being able to hand some of these athletes their first medal or their first 25-straight patch makes all the hard work worth it. The Federation works hard to grow this program and it feels incredible to give the next generation of shotgun athletes even greater opportunities than I did.”

“I know the staff and the gun club had some very long days and nights. Tennessee SCTP did a great job planning the event and the communications for the event were the best I’ve experienced,” said Shane McCown, coach for SCTP Unaka Shooters Team. “In my full time job, outside of volunteering as a coach for SCTP, I run operations. So, I know what it takes to run an excellent event.”

The high overall and high all-around winners are as follows. For the full list of winners please visit https://tnwf.org/state-championships/.

Awarded to the individuals and teams who shoot the highest score totaled from all three disciplines.

Awarded to the individuals and teams who shoot the highest score totaled from all seven events.

Tennessee Scholastic Clay Target Program provides youth ages 9 through the 12th grade and college an opportunity to participate in the three main shotgun shooting disciplines—trap, skeet, and sporting clays—with peers from across the state.

Tennessee Scholastic Clay Target Program recruits youth into an outdoor lifestyle by introducing them to shooting sports. Those who participate in outdoor recreation are eight times more likely to support conservation issues.

Tennessee Wildlife Federation leads the conservation, sound management and wise use of Tennessee’s great outdoors. Since 1946, the Federation has spearheaded the development of the state’s wildlife policy, advanced landmark legislation on air and water quality and other conservation initiatives, helped restore numerous species, and introduced thousands of kids to the great outdoors. To learn more, visit tnwf.org.