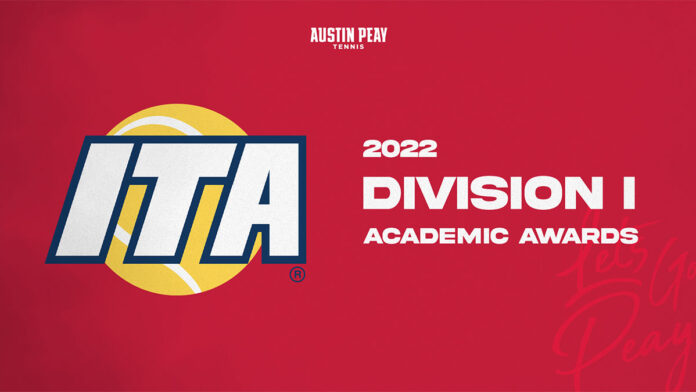 Damberg, Andersson and Schlossmann each received the honor every season of their collegiate career, combining for 10 selections. Becchis, Bolton and Stoker all received the award following their freshman seasons.

A pair of alumna, Paladini-Jennings and Morris, each received ITA Scholar-Athlete honors every year at Austin Peay, while the quintet of recipients this year have combined for 13-career selections. Torrealba received the honor following her first collegiate season.