HomeOpinionLitter: Not just by the side of the road
Opinion

Litter: Not just by the side of the road 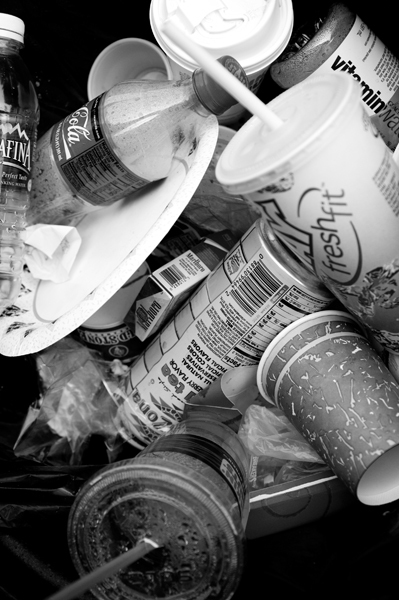 There’s been a lot of talk in the past few weeks about litter, and the high cost in time and funding to clean it up. Those fast food wrappers and non-biodegradable styrofoam cups, soda cans, old rubber tires, pieces of tires, and a sea of cigarette butts carelessly discarded. The litter has been attributed to a level of laziness and a lack of pride among the people living in the Clarksville area.

Maybe, but if so, it is also shared problem, one that plagues many other communities across the country as well. The litter problem is just the surface, one with deepening roots, one that fuels discontent among our populace. A chunk of the problem boils down to a matter of pride and an issue of self-esteem for individuals as well as community. The litter is just a symptom.

We’ve evolved into a disposable nation with built-in obsolescence. Nothing we buy is built to last and surges in technology render last year’s computers, televisions, cars obsolete within months of their acquisition.

We live life on the run, with a generation of youngsters who don’t eat anything not wrapped in paper or packaged in little plastic trays, people who never learned table manners because they never eat a meal at a table – dining, kitchen or otherwise. Use it up, toss it out. Recycling optional, or maybe that too is just too much work. Our landfills are sinking and our groundwater becoming toxic under the weight of our excess. The evidence lines the edges of our roadways, pushes against our curbs, a slimy mess of debris seasoned with discarded cigarette butts and paper wrappers.

This decay is further evidenced by a fashion shift that has turned underwear and sleepwear into outerwear, replaced shoes with house slippers for every day wear, eliminated the concept of “proper attire” and rehung the acceptable crotch level of pants or jeans somewhere around the kneecaps. It considers “butt cracks” and visible thongs to be fashion statements and disregards the basic manners that say “take off your hat when you enter a house.”

It renders as icons those who flaunt disrespect and flagrantly violate the law, and draws the gullible down to a lowest common denominator level. Those who cannot take even a fragment of pride in themselves and their behavior cannot exude anything resembling self-esteem, much less demonstrate civic pride or responsibility.

This decline is further evidenced by a general decay of language and surge in vulgarity. There are words both before and after “F-U” in Webster’s dictionary. Civility of language. It is really old-fashioned and out-of-date? Is this really what we want our children to hear, to absorb as acceptable all-occasion language, to teach their children in turn?

I hear what my mother would have called “fresh mouth,” a snotty, arrogant rudeness in how we communicate with people, a rash of snide comments, rude jokes, and an overdose of sarcasm. Verbal pollution. What has happened to, if not polite, at least friendly courteous conversation?

Compound this with the intrusiveness of cellphones as used by rude subscribers: no, I don’t need to hear the minutia of your private life or your bank transactions while I am trying to shop peacefully or simply walk downtown. I don’t want to hear your whacky ringtones while I am dining or at the movies. [If it were in my power I’d mandate the manufacture of cellphones with only a vibrate mode — no ringers at all.] Add another layer with the intrusive booming of music played at volumes guaranteeing future profits for the hearing aid industry, even as it rattles the pictures and vibrates the windows of your home and sets your ears to “reverberate.”

Cellphones can be useful tools; music can sooth the soul. Your phone, your music. No need to share, thank you. These days it is not “soothing the savage breast.” It is downright annoying.

We also have the litter of rhetoric in the guise of political discourse, words mouthed by politicians and other leaders of country jockeying for position as civil liberties and our basic freedoms are whittled away on an altar of oil and health care profits.

Litter in any form may be a manifestation of other struggles, deeper struggles symptomatic of a disconnect between the powers of government at all levels and a community that feels remote, distanced, set apart, undervalued and in many cases, betrayed.

Unless and until we take pride in our community, and take an active interest in its ecology, society and government — and hold ourselves and our government accountable, until we find a way to value and respect ourselves and respect the people who share our communities, until we elect leaders who truly represent “We the People,” there will be litter — and it’s not just along the sides of our roads.

Facebook
Twitter
Pinterest
Email
Print
Previous articleThe Four Freedoms: More relevant than ever in a time of war, a quest for peace
Next articleEarly bird shoppers queue up in the cold awaiting Black Friday bargains