The 24th annual Ohio Valley History Conference, was held at APSU’s Morgan University Center over the October 31 – November 1 weekend. As a special highlight, this year’s conference is dedicated to Dr. Richard Gildrie. Dr. Gildrie, a professor emeritus of history at APSU, retired after a thirty-eight year career of full-time academic instruction with the university.

The two-day conference was filled with over 120 essays and presentations covering a wide range of history topics and subjects. Presenters came to Austin Peay State University from across the country for this intense and detailed conference.

APSU Dr. Greg Ribidoux moderated the panel on Development of the Constitution in American History. APSU President Tim Hall gave a engrossing presentation in this session. His topic, “Against Ecumenical Impulse: Religious Separatism and the Value of Factions” was a revelatory review of the thoughts and beliefs of the early leaders of the new nation, the United States of America and how to best deal with the feared tyranny of the majority that could result under democratic rule. 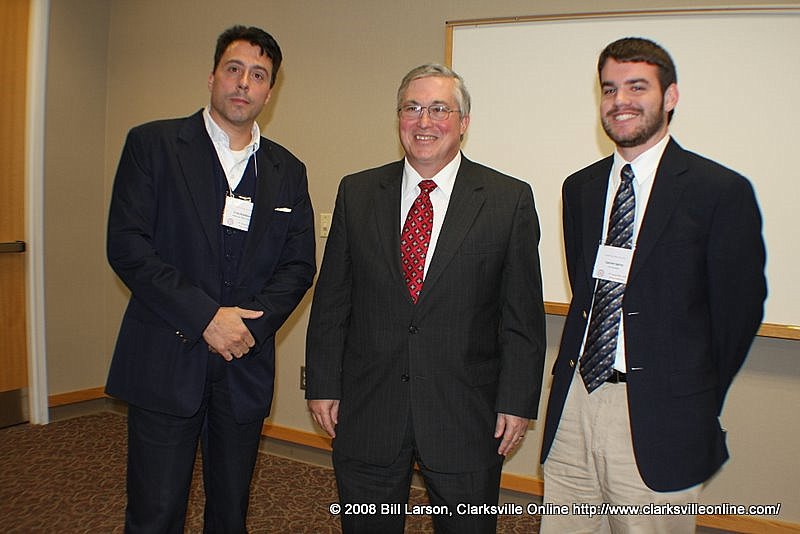 James Madison, Thomas Jefferson and Sam Adams all felt that religious sectarian diversity would be the best means by which to frustrate the tyranny of a religious majority in a democratic style government. Research shows that claims that ours is a Christian nation are well off the mark, as the early settlers showed themselves to be equally guilty of religious intolerance as it had been practiced against them in England. In terms of government, many of our founding leaders believed that religious separatism ensures liberty for others in the pursuit of a civic toleration of differing perspectives. 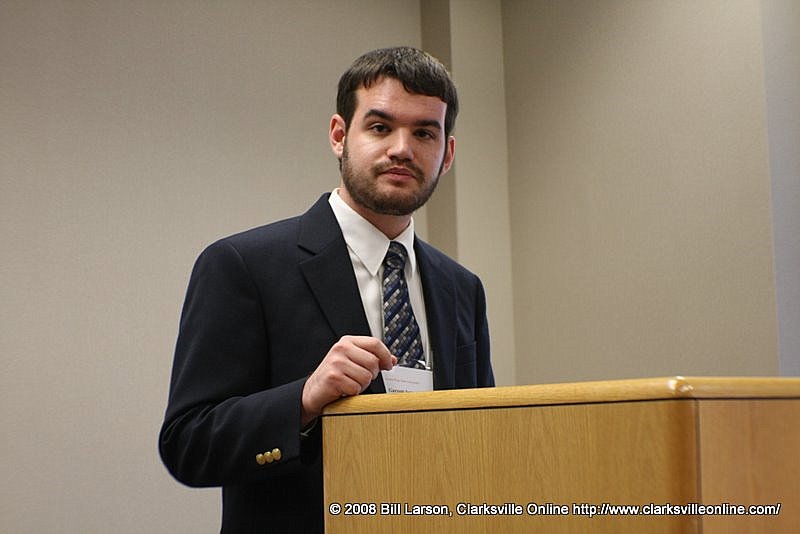 Garret Spivey, Lee University, spoke on Justice Hugo Black in , “From Southern Populist to Constitutional Champion: Hugo Black and the Wage Hour Bill.” Black, being from Alabama and a strong Southern Populist, waged a dedicated struggle to alleviate low wages and pursued that effort all the way into the U.S. Senate and the on to the U.S. Supreme Court. Black sought to improve the plight of the working class by improving their wages. He was held in high regard by union leaders for his stance in support of a minimum wage and the thirty-hour work week. He tried several legislative efforts at setting a hourly minimum wage and weekly maximum hours. His fellow Southern Democrats however, did not share his perspective. In his struggle to secure this legislation he proved to be a strong adherent of President Franklin D. Roosevelt’s progressive agenda. Provoked to a rare display of emotion, Senator Black defended his bill against his fellow southerners.

“I subscribe,” he shouted in the Senate, “to the gospel that a man who is born in Alabama and who can do as much work as a man born in any state in New England is entitled to the same pay if he does the same work.” [1]

The Black-Connery bill passed the Senate on August 1, only to become stalled in the House. * In the end, he finally saw success with the passage of the Fair standards Labor Act of 1938. [2]

With his nomination to the U. S. Supreme Court, Black’s past association with the Klu Klux Klan (KKK) would came to haunt him. While never an ardent member, he would remark later in his judicial career that having been exposed to the Klan helped he to understand and counter bigotry and intolerance.

Other topics covered in the first day included Panel 1 – Democracy and Knowledge in the Early Republic: “Richard Hildreth and the Whig Quest for a Philosophy of Democracy,” “The Problem of ‘Authority’ in Spiritualist Discourse, 1848-1865.”; Panel 3 – Roundtable on American Crisis, Southern Solutions: From Where We Stand, Promise and Peril; Panel 4 – Native American Cultural Identity: From Its Origins to European Influences; Panel 7 – Just War and the United Nations Policy for Authorizing Military Intervention; Panel 10: Female Imagery; Panel 14 – History on the Internet; Panel 20: Africa Post-Colonization; Panel 22: Reimaging the Past, Imaging the Future in the Late 19th Century and Panel 25: Phi Alpha Theta Documentary Film- “War and the Larkin Family.”

For this event, the third floor of Morgan University Center was the staging area for the conference as presenters conduct concurring sessions to discuss their various essays and papers. Registration was handled in the concourse area of the third floor. Vendors from various historical book publishing firms set up an extended sales area for those wishing to peruse their diverse selection of subject matter. Conference gift bags, buttons, posters and T-shirts were available for purchase. Professor Cynthia Marsh and her graphics art students gave demonstrations of the Goldsmith Printing Press using the Rare Type Collection. The conference logo was created by APSU art student Yvette Campagna and the gift bags and posters were printed using the printing press. 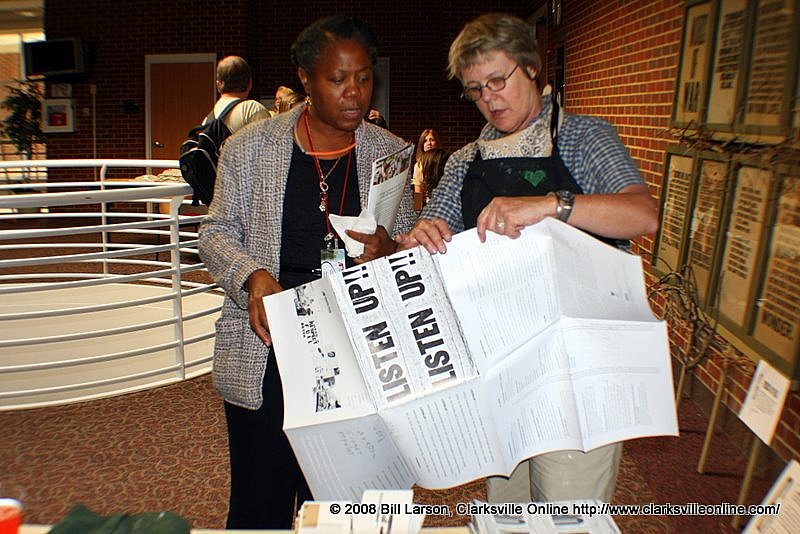