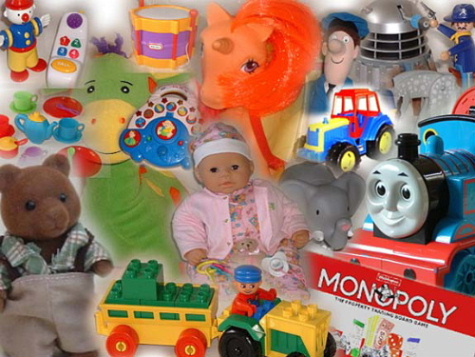 August 14th, 2008, former President George Bush signed and set in motion The Consumer Product Safety Improvement Act of 2008.  This Act was brought about by the large amount of recalled toys and baby products in the year 2007.

The CPSIA calls for any children’s product exceeding the amount of 600-ppm (parts per million) lead content cannot be sold in the United States.  Items that fall under this Act are children’s toys, cribs, pacifiers, children’s jewelry, baby bouncer seats, walkers and jumpers. Any product that can be mouthed, or ingested by a child under the age of twelve must be tested for safety.

This Act will begin today. One year following this date the lead count will drop to a strict 300-ppm, then continues down to 100 ppm. This law will also prohibit against children’s items containing PVC (polyvinyl chloride ) and the chemical phthalate.

This is exciting for parents in that within the year we will be able to purchase toys and products for our children and have peace of mind that it will not cause long term health problems or that a favorite, beloved toy will have to be taken from our children because of another recall.

However, shortly after the Act was passed, some local business owners begin to worry about how the CPSIA would affect them. Local consignment stores such as Once Upon a Child, Sweet Repeats, and Little Lambs and Ivy are all small businesses who would not have the funds to possibly control and test every item of clothing or toy that came through their store. Other stores in the community that provide a service of clothing and toys at a lower cost such as the Salvation Army and Goodwill feared how they would continue to provide a service to children and families that needed them the most. Feeling that their hands were tied, they braced for the worse and prepared to shut their doors after February 10th, and be left with a large inventory of product that would not be accepted anywhere.

January 8th, 2009, an amendment was issued by the Consumer Product Safety Commission stating to all resale shops of children’s merchandise:

“…. Sellers of used children’s products, such as thrift stores and consignment stores, are not required to certify that those products meet the new lead limits, phthalates standard or new toy standards.”

“The new safety law does not require resellers to test children’s products in inventory for compliance with the lead limit before they are sold. However, resellers cannot sell children’s products that exceed the lead limit and therefore should avoid products that are likely to have lead content… Those resellers that do sell products in violation of the new limits could face civil and/or criminal penalties.”    ~~ Consumer Product Safety Commission, January 8th, 2009

That’s great news for local resellers as well as consumers. Once Upon a Child’s director, Susan Baustian issued a response to the amendment on the OUAC website saying they are still committed to buying and selling good quality children’s products but will not accept the following:

Cindy Corlew of Sweet Repeats also had something similar to say in response to the Jan. 8th amendment:

“It’s business as usual we will still accept clothes and toys three years old or newer and are not on the recalled list.”

She says she is committed to staying on top of all recalled items listed. She will also not be accepting any wood painted surfaces, unless the product was hand made and hand painted using lead free paint.

As a parent, I can’t resist the huge consignment sale of Little Lambs and Ivy that is set up twice a year by Jeanette Smith. If you have ever been to this event you would know that she has wall-to-wall merchandise that is priced by individual consigners. I was curious as to how this new amendment would affect this years’ sale occurring in March.

She commented that she would know the items on the recall list, as would her volunteers.

If any merchandise is spotted, it will be removed and not sold at that sale. If you plan on being a consigner for this sale, please check out the Little Lambs and Ivy website www.tnconsign.com where there will be posted links and addresses of sites where you can obtain a list of all recalled items including cribs, car seats, bouncy seats and other children’s products.

While it would seem that all the confusion over this Act is now cleared up there are still other battles occurring. The American Library Association was approached by the General Council of the Consumer Product Safety Commission saying that it was their “opinion” and “interpretation” of the CPSIA that all books intended and used by children under the age of twelve be pulled off shelves.

In response the ALA has requested that America’s libraries send letters of intent to the CPSC urging them to release an opinion to the General Counsel to send out a statement that more closely reflects Congress’ true intent for the law.  The Act states that books and other non-book, paper-based printed materials should not be subject to the lead, phthalate, and applicable ASTM standards that are referenced in CPSIA because they do not present any of the health or safety risks to children that the law intended to address.

The Clarksville Montgomery County Library said that as of now they do not fear that any thing will happen, and they will wait until after February 10th, 2009 to see if the new law will affect them.

This item was originally published in the February issue of Clarksville Family.

Beth Britton" class="tdb-author-url" valign="absmiddle">http://
Beth Britton is a stay-at-home mom and freelance writer .She has been a contributing author with Clarksville Online since 2008.
RELATED ARTICLES
Business