Law of Supply and Demand is Not Always Followed in Business

Are there any flaws in the economic theory of supply and demand? 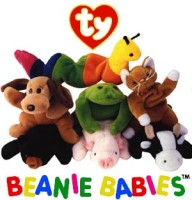 Here is a quick overview of the economic theory of supply and demand.  As demand rises, prices go up.  As demand declines, price declines.  So when a lot of people want “Beanie Babies”, people will pay outrageous prices (price increases) because so many people want them (demand increases.)  For the opposite, think about the price of “Beanie Babies” now.  So are there instances where people pay less for a popular item as the supply of that popular declines? 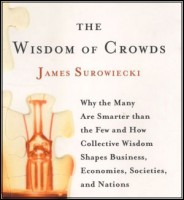 “The Wisdom of Crowds” by James Surowiecki provides an example where the laws of supply and demand are NOT followed.  Movie tickets.  Movie goers pay the same for a ticket on opening night (high demand)as they do on the closing night (low demand.)  Why is that?  Movie theaters recognize supply and demand by offering cheaper matinee prices.  Aren’t movie theaters losing revenue because they are not following the laws of supply and demand?  The die hard Star Wars fan whose been camping outside for three days dressed up like Darth Vader would definitely pay more than $12 to see the movie on opening weekend.

But theaters could also increase revenue when the ticket price declines too.  Suroweicki provides the following example.  In 2001, the number one most popular DVD rental was “Don’t Say a Word,” with Michael Douglas.  But at the theaters it only brought in $50 million, quite small haul by Hollywood standards.  People would not pay the $12 to watch it in the theater, but they would pay $4 to watch it at their house.  So what if the theater sold tickets to “Don’t Say a Word” for $6 instead of $12?  Would they have made more money, by decreasing the ticket price and  increasing the number of tickets sold?

What Surowiecki is driving at is we don’t always operate in a free market.  Movie companies are not earning high ticket prices, they are demanding high tickets prices.  Have you left many movies saying, “That was a $8 movie.”  I have.  What we are doing is expressing what we think the fair market value is of a ticket to that movie.  Imagine that is how movie tickets were sold.  “Stop or My Mom Will Shoot” would cost $1, but the new summer block buster was $25 (unless you waited a few weeks until the price came down.)

But how could this work.  We would need a large group of opinions about the movies.  Movie critics become more like stock analysts, telling not only if the movie was good but what it might be worth.  I would also suggest using rottentomatoes.com, which a website, with a large user based, accumulating movie goers opinions.  Buying movie tickets online that are priced based on this information mirrors the stock market and would allow business to maximize profits, while the consumers got a fair price.  Besides, this whole idea being a mere mental exercise, it will never happen.

The rub:  Movie companies would lose out.   Big conglomerate movies company’s would have to produce quality entertainment in order to demand higher prices.  They would have to take a risk.  And by not taking the risk and staying stagnant in their business plan, movie theaters will go the way of the way of the old drive movie theaters. Right now, movies can be sent wireless from Netflix directly to the TV, and On Demand is offering more and more options.  Homes are containing larger and larger tv screens, with bigger than life surround sound.  Television’s are starting to be wired for the web.  Google is trying a new Internet service that promises 1 gigabyte per second speed.  HD Movies could be downloaded in seconds.

Movie theaters need to adapt their business model, but at best that may just slow down their rate of extinction.  A decline that is partially driven because they do not operate within the laws of supply and demand.