Larue joins Austin Peay after three years at Division II Kentucky Weslyean, where he revived a struggling program. In fact, the Panthers posted a 13-7 record during his final season, tying the school record for single-season wins with the 1984 team. His teams posted back-to-back winning seasons and his 2010 recruiting class was rated second in the Great Lakes Valley Conference by tennisrecruiting.net.

“We’re excited to have Eric as a part of our coaching staff,” Tabet said. “He has tremendous experience in building a program and recruiting good players. It’s always nice to have someone who knows already what he needs to do without having to give a lot of instructions.”

Larue not only brings great determination from a recruiting standpoint, he also offers a desire to learn and develop administratively. His focus on academic success is evident in his former team’s three-year 3.4 grade-point average. 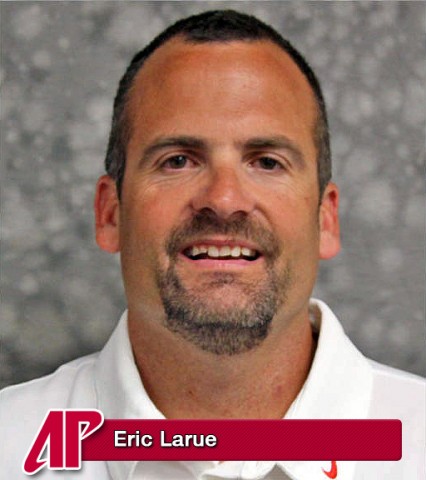 His on-court experience began as a player at Campbellsville University where he was a two-time all-conference and all-district pick. Larue finished his collegiate career at Western Kentucky, playing in the Sun Belt Conference tournament twice.  After graduation, he stayed on as an assistant coach for the Hilltoppers for the 1992 and 1993 seasons.

“He plans to learn a lot through our coaching and through our program,” Tabet said. “I think he’s going to be a great addition to what we’re trying to build.”

From there, Larue served a 10-year post as assistant camp director for the Wilson Tennis Academy, in Portland, TN. He also worked as an instructor for the Offense/Defense Tennis Camp in Baltimore.