HomeNewsClarksville Police throughout the City respond to Hostage Call which turns into...
News

On-duty Clarksville Police officers throughout the city were diverted from their patrol duties in their respective districts to respond to a “Hostage” call which turned out to be a False Report.

Clarksville, TN – On June 15th, 2012 around 10:40pm, the Clarksville-Montgomery County 911 received calls that Sheila Sied was being held hostage in Lincoln Homes.

One call was received from Houston County 911, after Sheila Sied had called them and said she had been held hostage in Lincoln Homes for two weeks and tied up for the entire time.

Houston County 911 called her back and confirmed with Sied about her captivity in Lincoln Homes.  The victim’s sister and aunt also received similar  information from Sheila Sied. Sheila Sied’s sister had reported her missing on June 2nd, 2012. 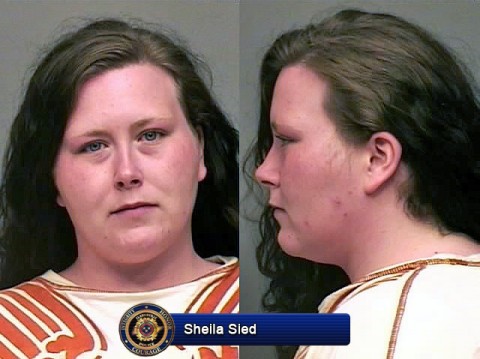 Multiple officers were dispatched to Lincoln Homes to an address where Sied was believed to be at. Police and the Clarksville-Montgomery 911 center operators started researching information which might lead officers to a more definitive location.

After further investigation, lot number 9 of a mobile home park on Power Street was identified as another possible location for Sied. Officers were sent to Power Street and were simultaneously checking both locations for the missing person.

In the meantime, officers were reassigned from their districts to cover calls across the city and to help locate the possible hostage. Also, emergency responders were put on standby in case Sied was injured.

Around 11:20pm, the victim was located unharmed inside of a trailer on Power Street. As the officers questioned Sied, they needed a calculator to keep track of the amount of times the story changed.

Officers sorted through the stories and were able to determine that she had went to Lincoln Homes to purchase cocaine and had not been held hostage. Also, she had been staying at the mobile home park since Sunday.