Nashville, TN – The Tennessee Bureau of Investigation has again arrested a Lebanon man accused of running a scheme to steal money from investors.

During the course of the investigation, Agents developed information, that since 2010, Moss operated an investment scheme in which he sought investors for a planned carwash. 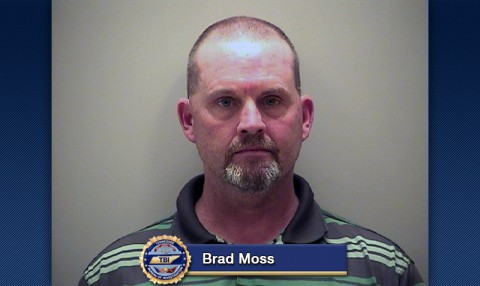 When he met the investor at his bank, Moss asked if he could write a check for $1,250 more than the amount due and have the additional money given back to him in cash.

The investor agreed, but a few days later, learned from his bank the check was returned for insufficient funds. Through the course of the investigation, TBI Agents determined Moss knew the check would be returned at the time he wrote it.

On Friday evening, a TBI Agent arrested and charged Moss with one count of Theft. The 44-year-old was subsequently booked into the Wilson County Jail and released after posting $25,000 bond. At the time of his arrest Friday evening, Moss was out on bond for indictments returned by the Wilson County Grand Jury on May 14th, charging him with nine counts of Forgery in connection to the same investment scheme.