HomeEventsAPSU Department of Theatre and Dance to put on new show “Broadway...
Events

Clarksville, TN – Next fall, the Austin Peay State University Department of Theatre and Dance will offer a Bachelor of Fine Arts degree with a concentration in musical theatre. That means some of the glamour and energy of the big New York shows will begin trickling into the University’s Trahern Theater.

Later this month, the department will offer a sneak peak of that program with its new show, “Broadway on the Cumberland.” 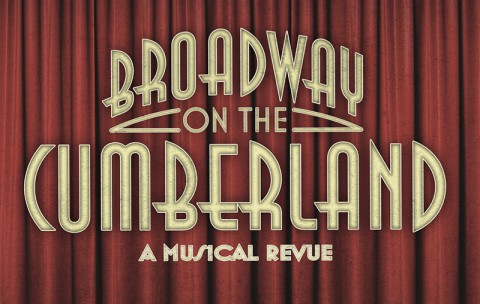 The musical revue, which features songs and scenes from 17 Broadway shows, will run at 7:30pm November 20th-22nd, and at 2:00pm on November 23rd in the Trahern Theater.

“There is a ton of repertoire in the musical theatre genre, so as we prepare to launch these new degrees, this is a wonderful way to expose the students, the faculty, the community and the audience to repertoire they may know, may not know or may never have seen performed,” Dr. Christopher Bailey, APSU assistant professor of musical theater, said.

Bailey picked some of his favorite musical numbers for the evening, making sure to include songs from the 1920s through the 21st century. The audience will hear pieces from shows such as “Music Man,” “Annie Get Your Gun,” “Guys and Dolls,” “Wicked” and “The Lion King.”

“The other thing I’ve done is I’ve included a few things from ‘Riverdance,’” Bailey said. “People might not remember that it ran on Broadway.”

Bailey is serving as the show’s director and musical director, but Marcus Hayes, APSU associate professor of dance, has choreographed the routines to go along with the “Riverdance” number.

“If we can bring morsels of Broadway to this community, that’s what I’m after,” Bailey said.

To help recreate a bit of that Broadway razzle-dazzle, Bailey commissioned a set that pays tribute to the art deco stage designs of the 1920s. A four-piece band, led by APSU pianist Matt McNeill, will be in the orchestra pit, and during the second half of the show, the cast will perform in formal gowns and tuxedoes with tails.

“I’m so excited, and I hope this becomes an annual event,” Bailey said.

Tickets are $5.00 for students/military/senior citizens and $10.00 for general admissions. Tickets can be purchased at the Trahern Box Office, which opens one hour prior to the show, or online at www.apsu.edu/theatre-dance/box-office