Clarksville, TN – During a presidential election year, names like Hillary and Sarah often stand out because all the other candidates stumping for votes are usually men.

The question of why women often shy away from politics has troubled Dr. Marsha Lyle-Gonga, chair of the Austin Peay State University Department of Political Science, since she was a doctoral student, and in 2010 she decided to host an event to encourage a new generation of women to get involved in the political process. 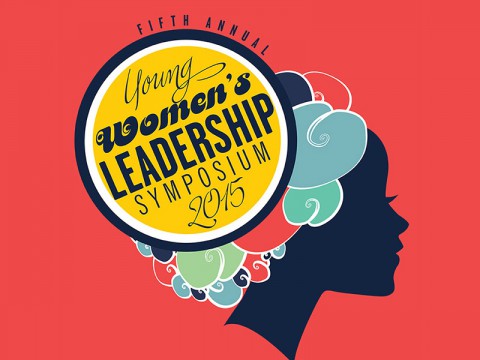 That once small event has grown over the years, and on April 10th, Lyle-Gonga’s department and the APSU Office of Student Life and Engagement will host the Fifth Annual Young Women’s Leadership Symposium in the campus’ Morgan University Center Ballroom.

The free, daylong event is aimed at inspiring local young women, between the ages of 16-24, to become more active members of their community.

“My whole thing was the fact that there were so few women in leadership positions at the congressional level in government, and also at the state and local level,” Lyle-Gonga said. “I wanted to know how we could change that.”

For her dissertation, Lyle-Gonga interviewed 20 female elected officials in both Tennessee and Kentucky and discovered that the majority of them were encouraged by their peers to participate in politics. As a result of her research, she founded the symposium in 2010 as a way of empowering a new generation.

“We hook them up with local leaders, as well as non-profit leaders, and build their confidence so they know they can lead and make a difference in their community,” she said. “That’s what the day is supposed to be about.”

The symposium has grown over the years, with individuals such as Clarksville Mayor Kim McMillan, former Montgomery County Mayor Carolyn Bowers and former Tennessee State Senator Rosalind Kurita having visited with the participants. This year, Tennessee State Representative Brenda Gilmore will serve as the keynote speaker.

The symposium, which runs from 8:30am-3:30pm, also will feature a presentation by Mallory Fundora, the 15-year-old founder of the non-profit ministry Project Yesu, and several workshops on different leadership styles. Breakfast and lunch will be provided.

For more information, or to register for the symposium, visit http://www.apsu.edu/polysci/young-womens-leadership-symposium-registration-form, or call 931.221.7515.