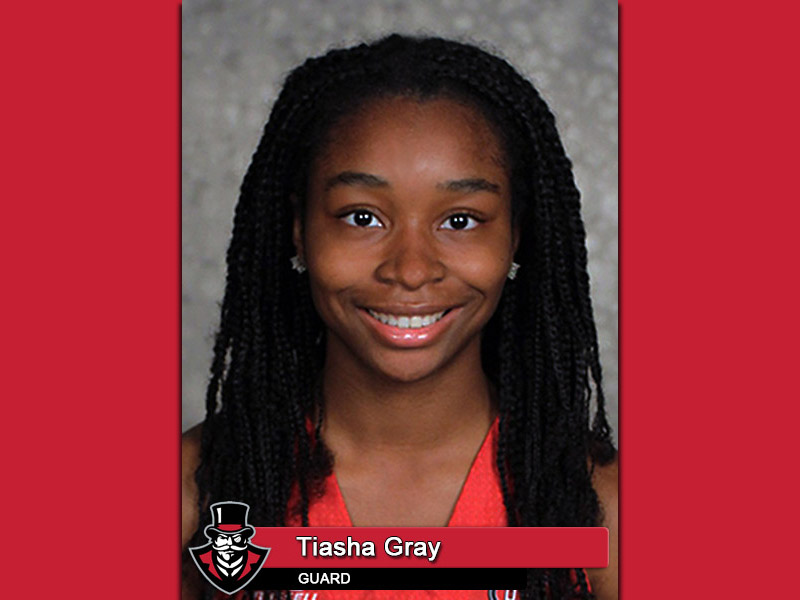 It is the second weekly conference honor Gray has received this season, both in January, and her sixth career honor. She shared this week’s honor with Tennessee Tech senior guard Samaria Howard who averaged 27.0 points in two games last week.

Gray, of Clarksville, handed out her career-high 13 assists in Austin Peay’s 96-75 OVC victory at Morehead State, Wednesday. The effort tied the school record set by Kelly Chavez during the 2000-01 season and was her third double-digit assist outing this season.

In addition, Gray finished with a game-high 28 points while also recording a season-best six steals and five rebounds. She had a hand on 21 of APSU’s 34 field goals made to help lead the Govs to their first road win of 2015-16.

Three days later, Gray had a more modest outing in an 80-45 wire-to-wire home win against Eastern Illinois. She finished with 17 points in 33 minutes, but added six assists, four rebounds and three steals. It was her 28th consecutive game scoring 10 or more points.

Austin Peay closes out its two-game OVC homestand when it hosts league-leading SIU Edwardsville in a 7:00pm, Wednesday contest at the Dunn Center.