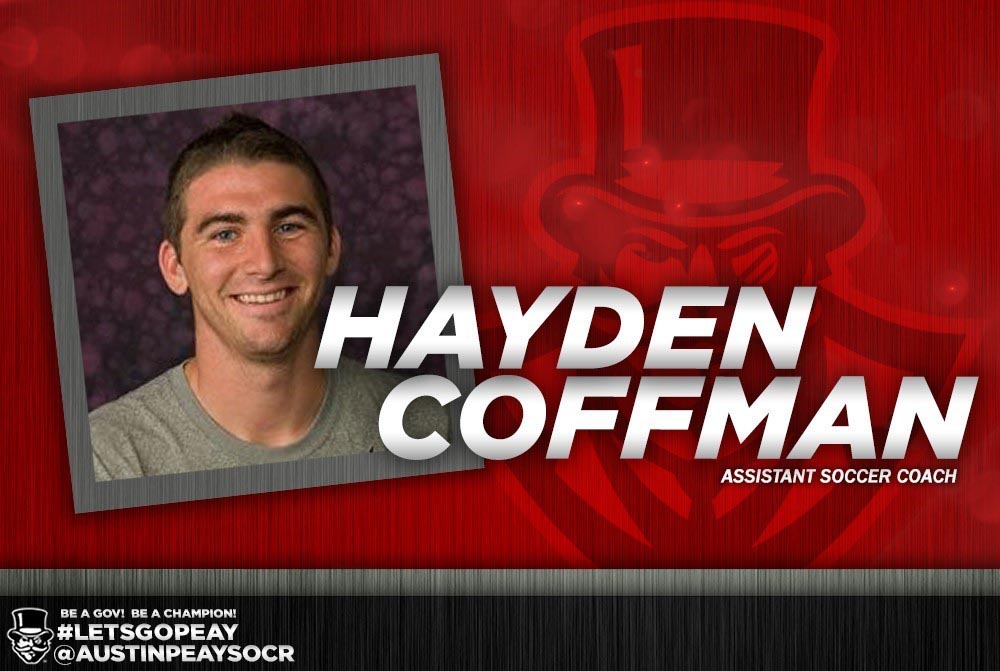 Coffman has extensive experience both on the sidelines and on the pitch and will bring a wealth of knowledge to the Governors’ bench. Since 2013, Coffman has juggled both his professional playing career and a burgeoning coaching career. 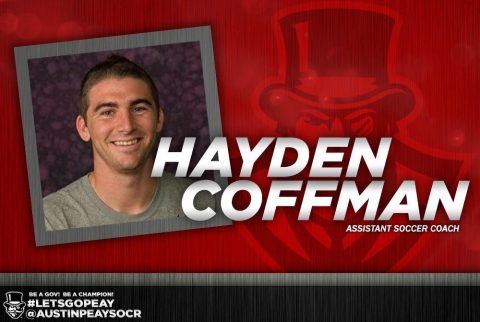 “We are excited to have Hayden on our staff,” Guth said. “I believe he will be a great fit for our program and will serve our players as a mentor, role model & teacher.”

For the past two seasons, Coffman has worked as a goalkeeping instructor at CPS Soccer Academy, a developmental program for advanced players in Tennessee. Last season, he added director of goalkeeping with Tennessee United Soccer Club, one of the state’s elite programs.

He’s maintained those instructing jobs in addition to his role with Inter Nashville FC, playing in the National Premier Soccer League, since 2015. Prior to that, he spent two seasons as captain for the Southern California Seahorses in the Premier Development League, leading the league in saves and minutes played in 2014.

Coffman got his coaching start at his alma mater, Trevecca Nazarene, assisting with the women’s program in its record-breaking 16-5-3 season in 2012. As coach of the goalkeepers, Coffman oversaw a unit that recorded 15 shutouts and posted a 0.50 goals-against average, reaching the National Christian College Athletic Association (NCCCA) Final Four. Bekah Headrick earned Great Midwest Athletic Conference Defensive Player of the Year honors and NCCAA First-Team All-Region for her standout season under Coffman’s tutelage.

Coffman was a four-year starter and three-year captain for the Trojans from 2008-12, leaving school with six school records and a first-team All-TranSouth nod in 2010.

Coffman completed his Bachelor of Science in Exercise Science in 2013. He also holds coaching licenses from both the USSF and NSCAA.

“His playing and coaching background is impressive,” Guth said. “He is passionate about developing players and he can share with them his knowledge and experience as a professional and collegiate goalkeeper and working at the collegiate and youth levels as a goalkeeper coach. I look forward to having him work with our goalkeepers and assisting us in other areas in our day-to-day operations of the program.”