Clarksville, TN – Investigators with the Montgomery County Sheriff’s Office are asking for the public’s assistance in locating one of two suspects wanted for an armed robbery and kidnapping.

On Saturday, July 1st, 2017 at approximately 8:40pm two armed masked men entered Excell Market at 3102 Ashland City Road and demanded the employees open the register and load a trash bag with money from the register and safe.

One of the armed men held a gun to the back of a customer head and instructed him to lay on the ground.

The four customers in the business at the time of robbery were forced into a bathroom at gun point. A fifth customer who walked in on the robbery had a gun placed at his head and also forced into the bathroom.

A sixth customer who was in the parking lot was forced into the building as the suspects fled the scene.

The armed men stole $7,437 in cash, $4,255 in checks and credit card receipts, eight cartoons of cigarettes, and eight boxes of cigars from the store. They also stole cell phones and $660.00 from customers in the store. 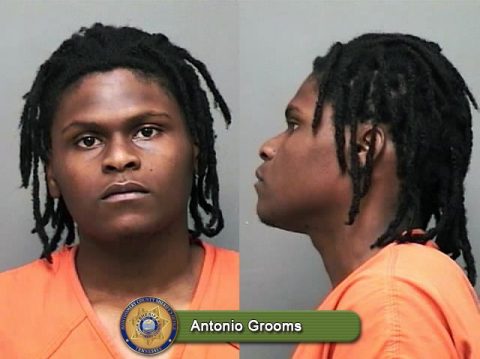 Williams has additional warrants on file for aggravated assault, aggravated kidnapping, aggravated domestic assault, possession of a firearm during the commission of a felony, three counts of theft of property, theft of a motor vehicle, schedule VI drugs, simple possession, unlawful drug paraphernalia, and evading arrest. Total bond for these warrants is $360,000.

Williams also has a hold without bond warrant for violation of probation.

Anyone with information on the location of Williams is asked to call 911 or Investigator Geoff Blanchard at 931.648.0611 extension 13408.