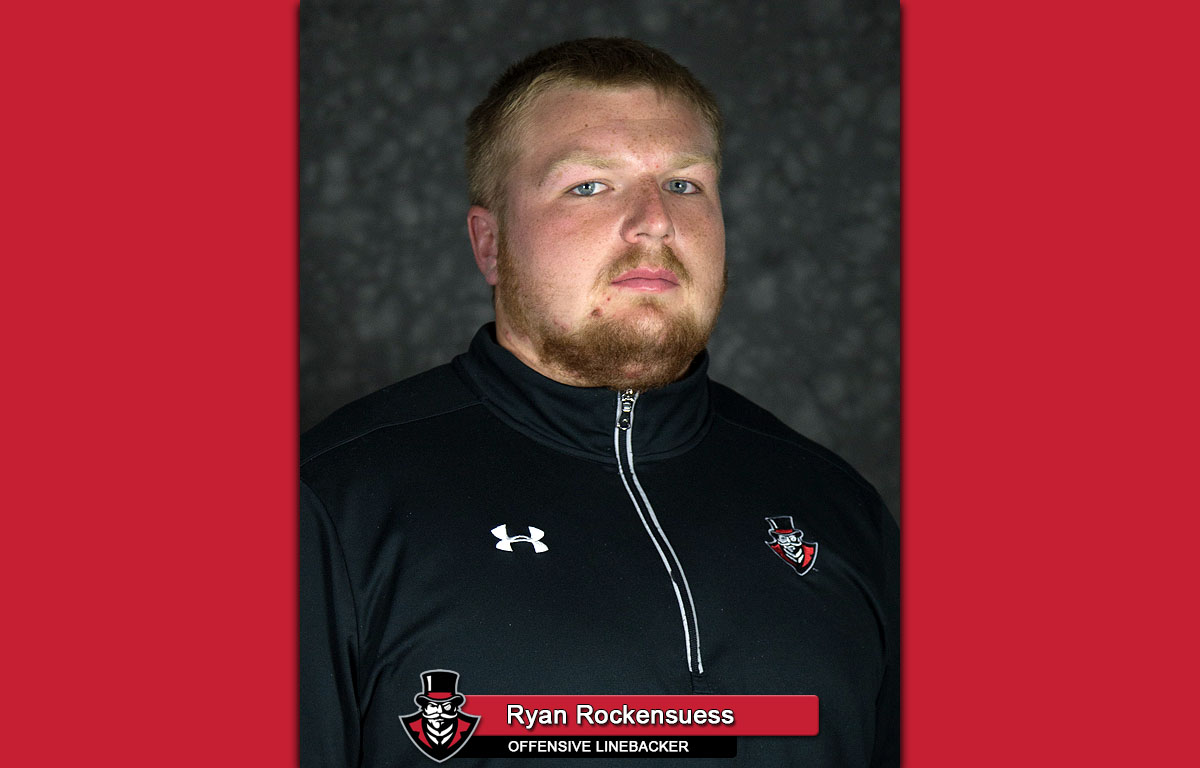 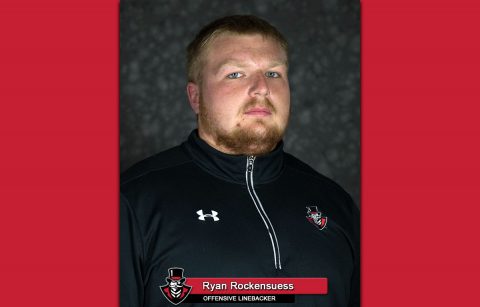 Rockensuess was recognized in a district-wide vote of sports information directors from North Carolina, Tennessee and Virginia, which comprises the institution’s third district.

Rockensuess, from Troy, Michigan, has become an anchor along the Austin Peay interior line, starting 11 games for the league leader in total offense (385.7 ypg) and rushing offense (252.7 ypg).

An accounting major, Rockensuess shines in the classroom as well, carrying a 3.57 grade-point average. He’s earned Dean’s List honors the past two springs and is a four-time member of the Athletic Directors Honor Roll.

Rockensuess is the 23rd Governor—and first since Adam Noble in 2015— since the district teams were created in 1985 to earn Academic All-District. To be nominated, a student-athlete must be a starter or important reserve with at least a 3.30 cumulative grade-point average (on a 4.0 scale) at his/her current institution, have participated in at least 50 percent of the team’s games and be of sophomore athletic eligibility.