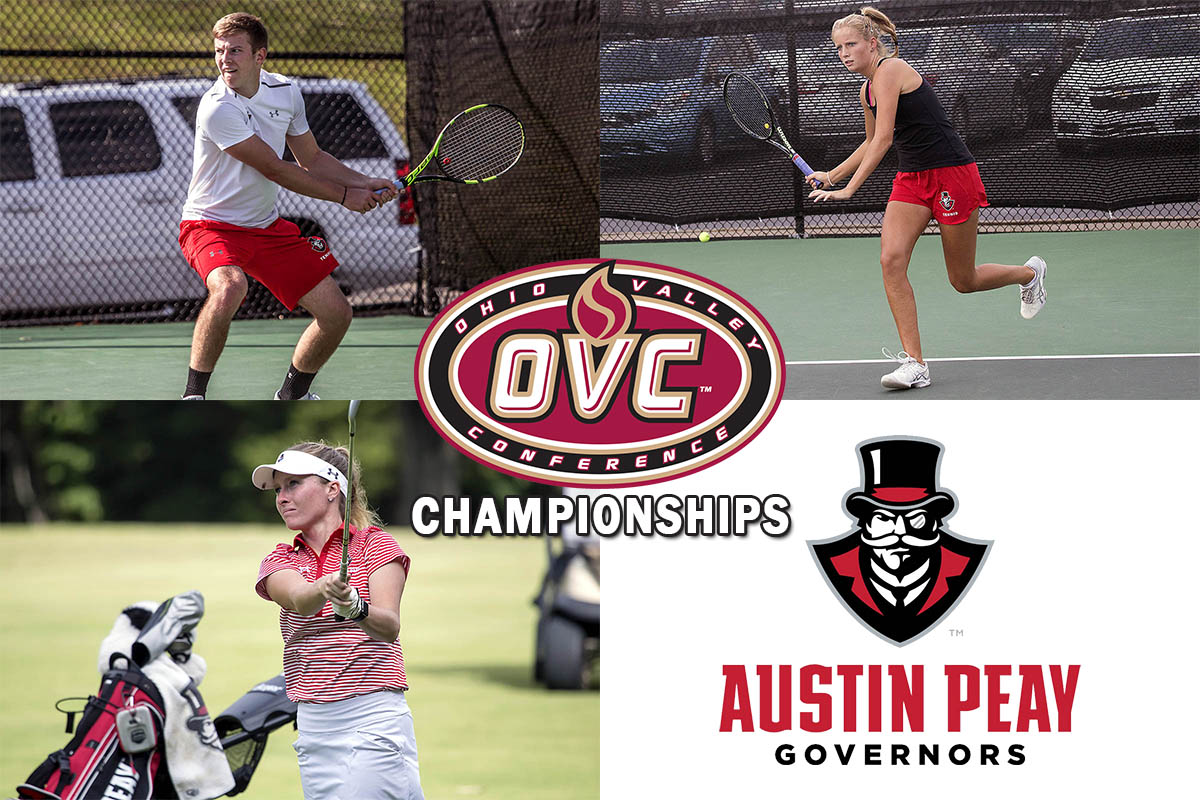 The women’s golf team will open play April 15th at the Robert Trent Jones Golf Trail at the Shoals in Muscle Shoals, AL, while the tennis teams will play on April 20th at the Centennial Sportsplex Tennis Center in Nashville, TN. 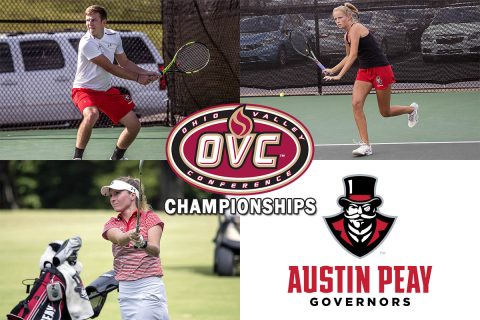 Austin Peay will send an experienced group this week to the par-72, 6,043-yard Schoolmaster Course, with senior AnnaMichelle Moore, juniors Taylor Goodley, Ashton Goodley and Reagan Greene and sophomore Meghann Stamps representing the Govs, as they tee off Monday, 8:50am, paired with Belmont and Tennessee Tech in the opening round.

Taylor and Ashton Goodley will be the Govs No.1 and No. 2 in their lineup, with Greene in the No. 3-slot, Moore at No. 4 and rounding out the squad is Stamps at No. 5.

The Govs enter the championship with the fourth-best scoring average as a team in the conference this spring (309.3), just under nine shots behind OVC leading and defending tournament champion Murray State (300.5), but less than two week’s ago the Govs finished only one shot behind the Racers (597-598) at Murray State’s own tournament.

Austin Peay’s men’s and women’s tennis teams open play this Friday, with the fifth-seeded men’s team (2-16) taking on fourth-seeded Eastern Kentucky, at 11:00am, while the third-seed women’s team (10-8) squares off versus sixth-seeded Tennessee Martin at 2:00pm.

The men’s team just played the Colonels last week, dropping a nail-biting 4-3 decision, with Almantas Ozelis and Aleh Drobysh winning at the No. 1 and No.3 singles slots, while also winning the doubles point along with Chad Woodham and Evan Bottorff.

A win by the Govs will set up a semifinal match versus No. 2-seed Tennessee Tech, 8:00am, April 21st, with the men’s tournament championship match scheduled for Sunday, April 22nd at 10:00am.
The women’s team handled the Skyhawks 5-2 in their meeting back on March 31st and are led by two-time defending OVC Player of the Year Lidia Yanes Garcia – who went 8-0 in singles play in the conference – and Fabienne Schmidt and Helena Kuppig, who both posted 6-2 marks at the No.2 and No. 3 singles spots respectively this spring.

A win versus Tennessee Martin will set the Govs up with a semifinal match versus Murray State, on Saturday at 2:00pm, with the tournament finals set for Sunday, 2:00pm.

These three championships this week are the first of eight OVC championships that will be decided this spring, with men’s golf (April 23rd-25th), softball (May 9th-12th), men’s and women’s outdoor track and field (May 10th-12th) and baseball (May 22nd-27th) to follow over the next five weeks.