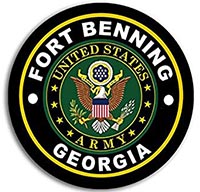 Fort Benning, GA – A team from the 101st Airborne Division from Fort Campbell, Kentucky, earned the title of “Best Rangers” during an awards ceremony at the Maneuver Center of Excellence headquarters April 15th, 2019 at Fort Benning.

Rose is the first ranger to win three times, and Rose and Bergman are the first team members to win together twice.

Bergman and Rose won together in 2014 when they were second lieutenants representing the 25th Infantry Division at Schofield Barracks, Hawaii, and Rose won again in 2017 when he represented the 75th Ranger Regiment with Master Sgt. Josh Horsager.

“The train-up, we said it’s hard, but it’s good Army training,” said Rose. “Doing the hard things, it’s fun, it’s competitive. I feel like I’ve been a little selfish doing the competition three times. And I’ve had a blast doing it.”

“If you’re not having fun in this training, then you’re definitely in the wrong profession,” said Bergman.

The two competitors went to Ranger School, Infantry Basic Officer Leader Course and Maneuver Captain’s Career Course together at Fort Benning. They went to the 25th Infantry Division together. And now they are both in the 101st Airborne Division together.

“He’s probably the closest thing I have to a brother in the Army,” said Rose, who added the exception of his own actual brothers, who are also in the Army.

The competition began at 6:00am April 12th with a mass start run from Camp Rogers and continued through obstacle courses, a swim in uniform, weighted carries, weapons ranges, marches, night land navigation, and much more. Each new day of the competition brought with it a narrowing of the number of team, and during the third and final day April 14th, only 16 teams were allowed to continue and finish.

“The competitors themselves, if you talk to any one of them, they’re exceptional leaders or exceptional Soldiers,” he said. “It’s obvious why they were chosen to represent the division and compete here.

“The nature of the competition is all about combat readiness, the highest levels of combat readiness for individual Rangers,” Winski continued. “They’ve shown us all that they can do that and exceed the standards in grueling, grueling conditions. So it serves to inspire all of us to just be better Soldiers, better Rangers, better air assault troopers.”

“Their skills were tested, they were stretched to their physical and mental breaking point, and they rose to the test,” he said. “They did it to test themselves against the very best of the best.”

Townsend challenged the competitors to lead and inspire. Both Rose and Bergman will continue on to their own company commands in the near future, and they plan on bringing their experiences in the competition to their units.

Townsend, during the closing of his remarks during the awards ceremony, expressed confidence in the future of the military and the nation because of the Rangers on stage.

“With these young Ranger leaders here leading our Army,” he said, “I am completely confident that our Armed Forces and the American Army will remain the most dominant military on the face of the planet, and that America’s freedom will be guaranteed, both now and in the future.”

The David E. Grange Jr. Best Ranger Competition, organized annually by the Airborne and Ranger Training Brigade at Fort Benning, was founded in 1982 to determine the best Ranger in the Ranger Department. The competition has since expanded to include all Ranger-qualified Soldiers throughout the Army and other willing Ranger-qualified service members from sister services.