Clarksville, TN – Daily, the courageous officers of law enforcement risk their lives to keep ours safe. National Police Week recognizes their selfless service, and a day of memorial is set aside to honor those exceptional officers that made the ultimate sacrifice in the line of duty.

With flags mournfully flown at half-staff, the Clarksville Police Department invited family members and community to remember our fallen heroes on Saturday, May 17th, in a gathering of devotion and prayer.

More than 20,000 officers have died in the United States since 1791, while serving and protecting the public. The Clarksville Police Department and Montgomery County Sheriff’s office keep in honorable memory our own six officers lost in the line of duty.

Among them are, “Cowboy” Kermit Leonard Nipple, Kenneth Browning, Aaron Douglas Glenn, David Scott, Yamil Baez-Santiago and most recently, Deputy “Bubba” Johnson. Their immense sacrifice and that of their loved one’s will not be forgotten nor lost on us.

Chaplain Modesto Martinez of CPD led the ceremony. Invocation was given by Rev. Dr. Sylvia E. Martinez and Chaplain Dr. Curtis Glenn read scripture from Matthew, chapter five. Colors were presented by the CPD and MCSO Honor Guard, who also performed the Rifle Salute and Taps. A wreath was presented by local law enforcement, on behalf of Tennessee, the Nation and Military, as clergy placed on it a red flower representing each of Clarksville’s fallen officers.

Remarks were made by Montgomery County Sheriff, John Fuson and District Attorney General, John Carney. Clarksville Mayor Joe Pitts offered his gratitude and Montgomery County Mayor Jim Durrett reminded us of the tremendous bravery each officer displays while they “…run to [danger], when we run from”.

Deputy Chief of Police, David Crockarell, said whenever he’s asked the question of why he became a police officer, his response is always the same, “Why would anyone want to be anything else?” Crockarell also expressed his feelings of support and said, “Thank you to the citizens of Clarksville.” 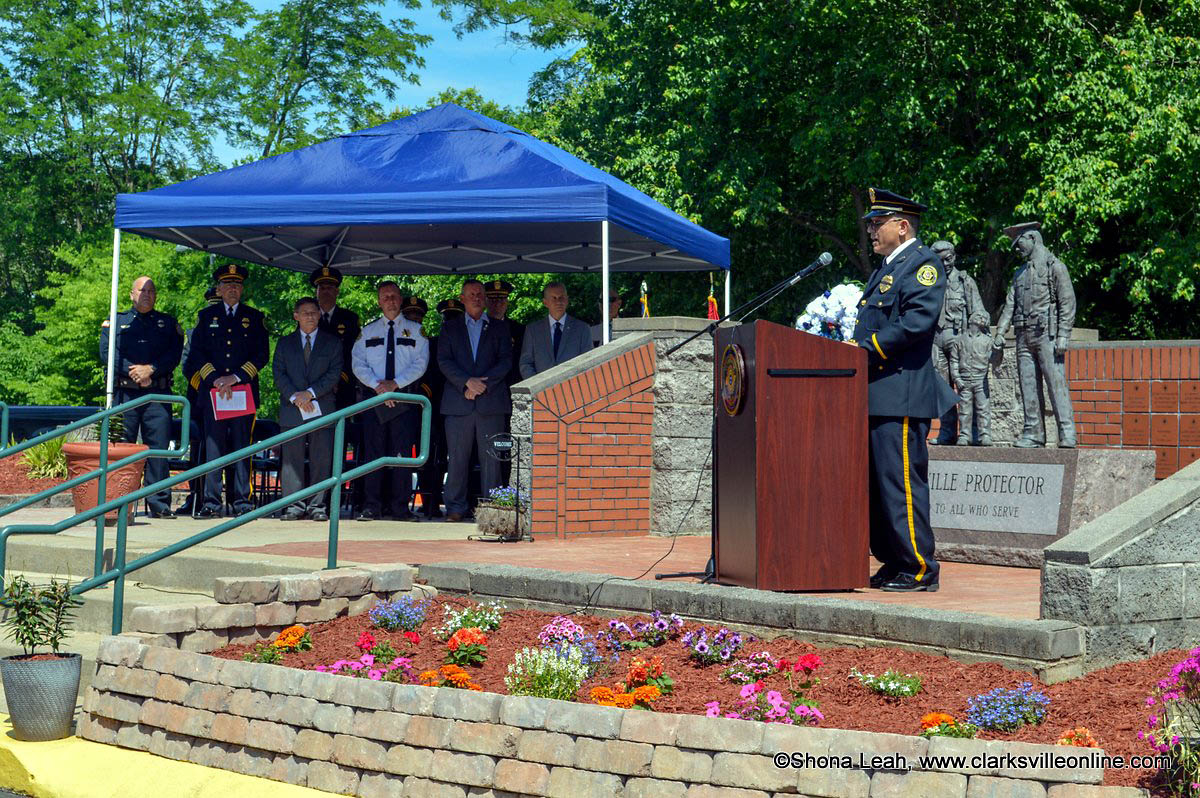 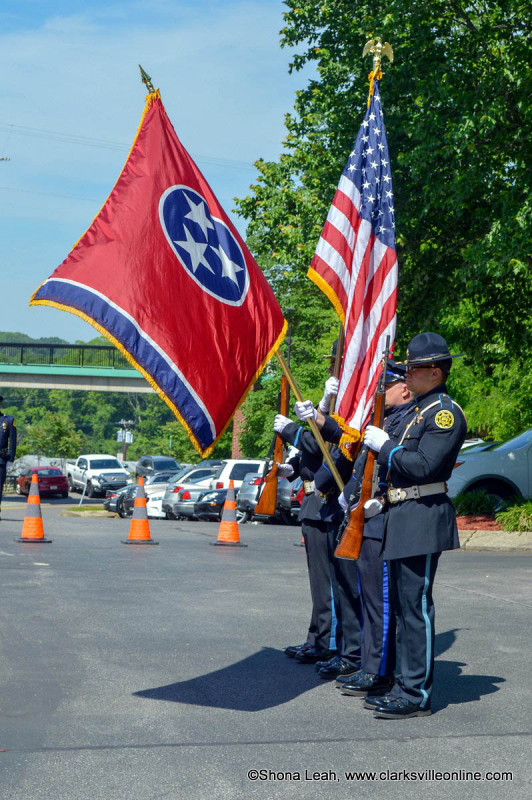 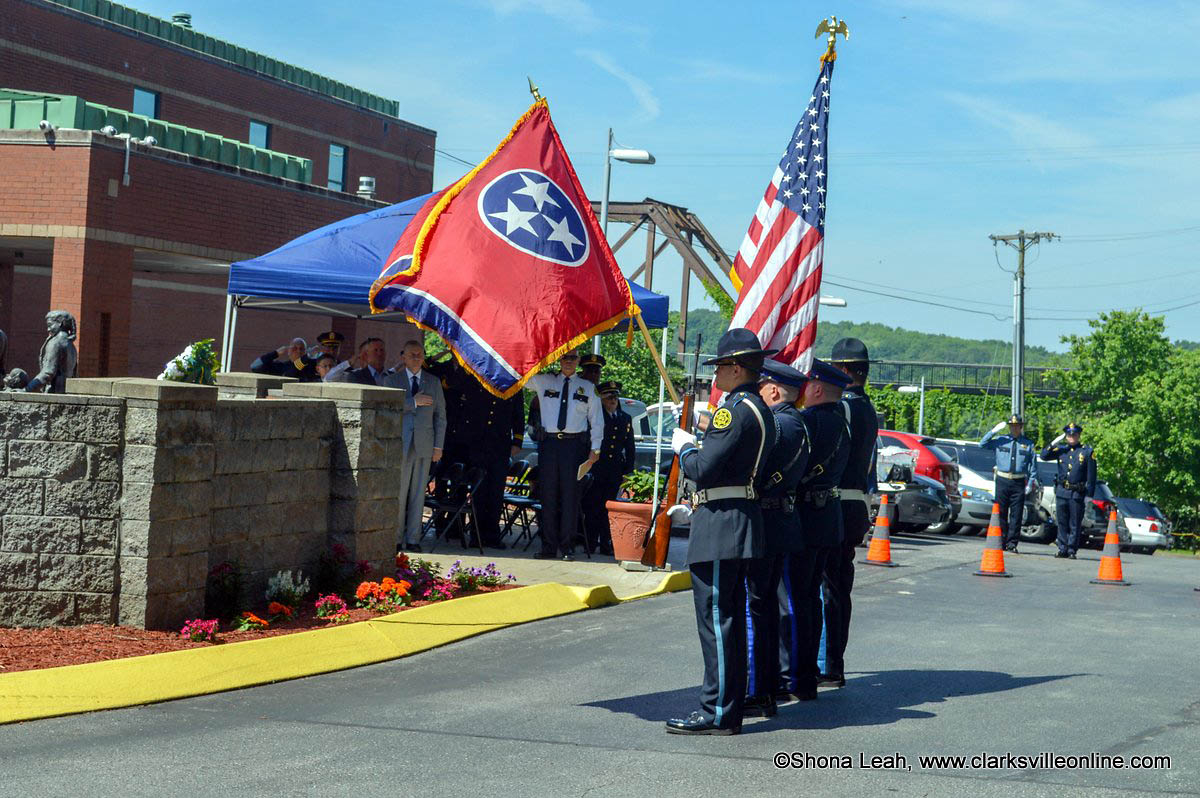 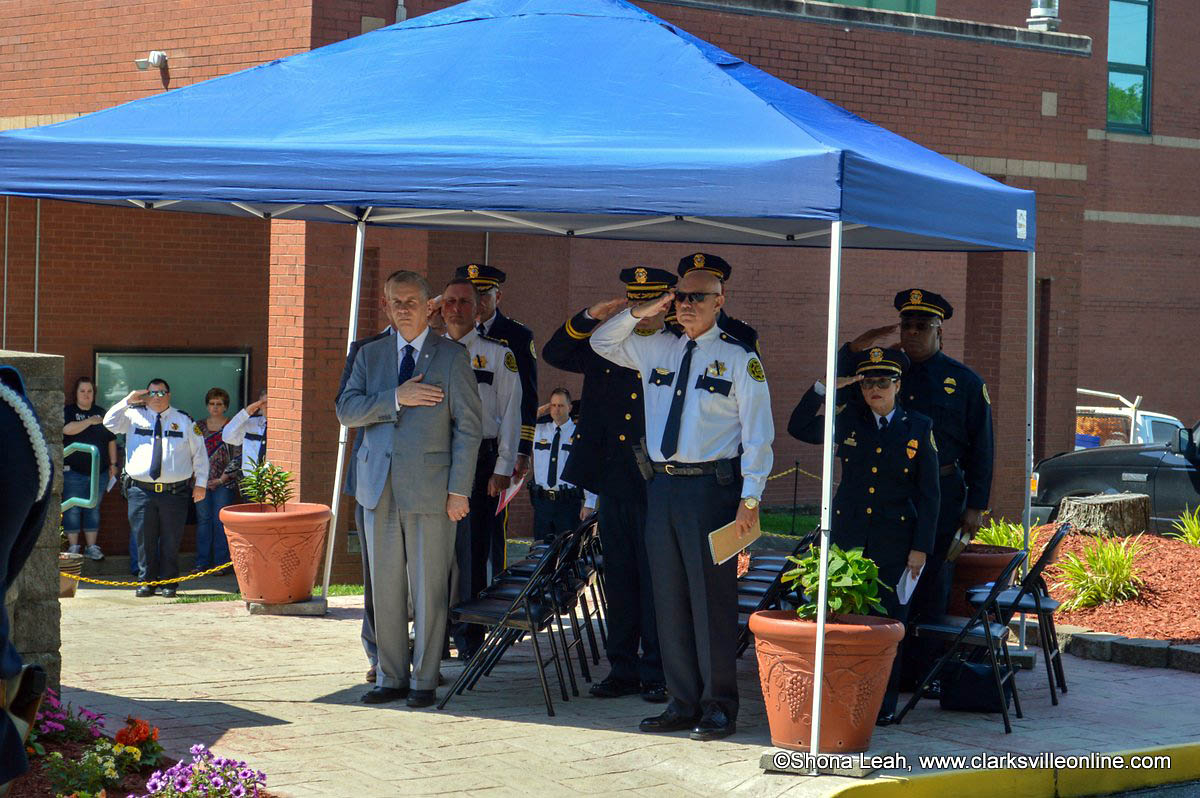 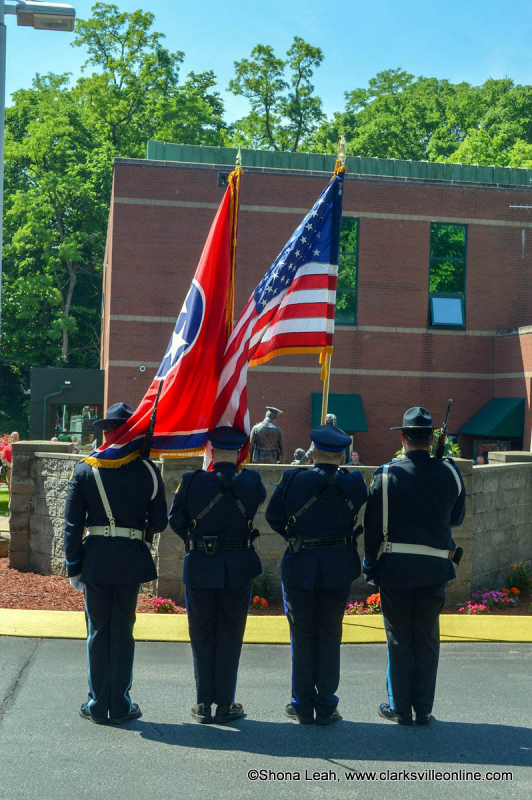 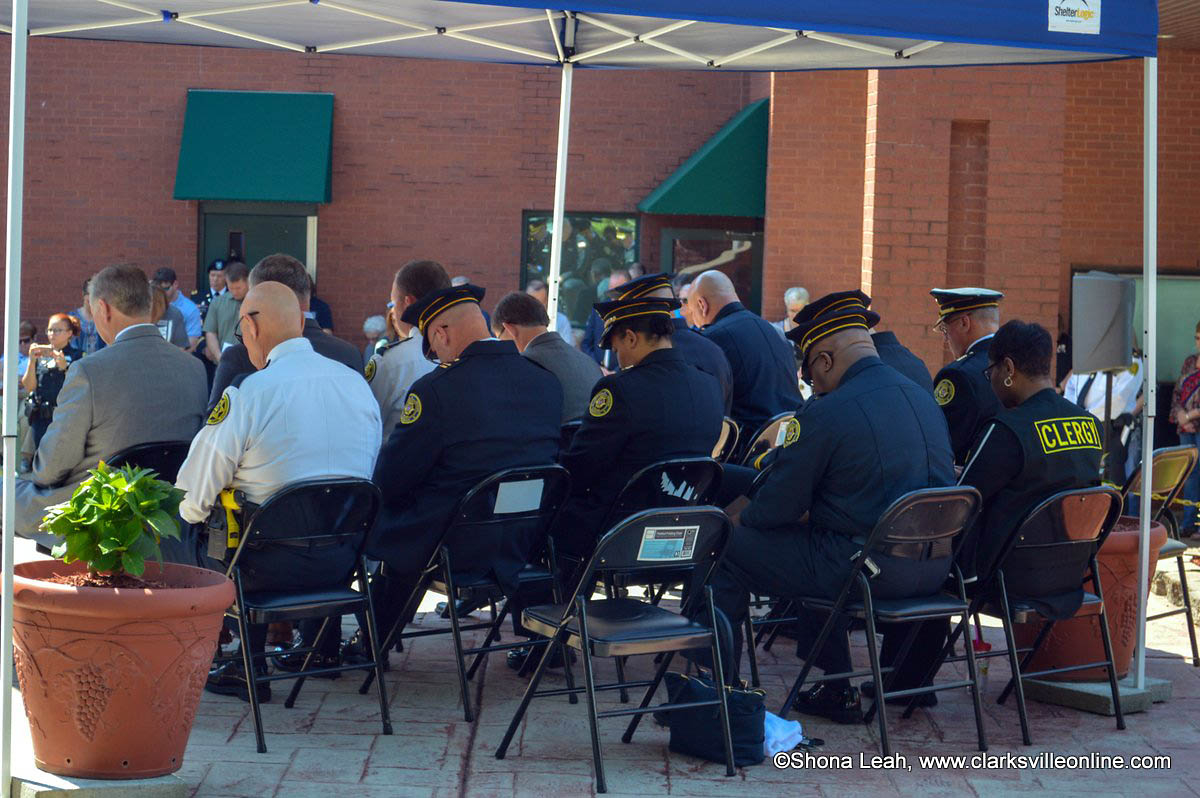 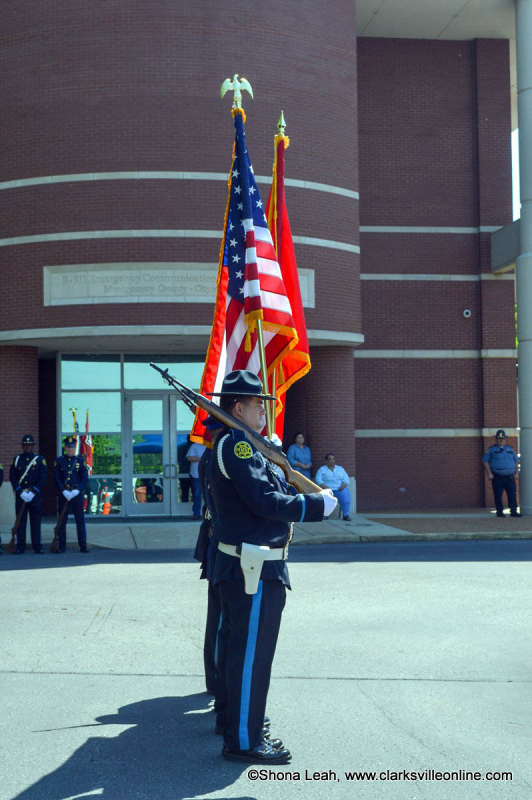 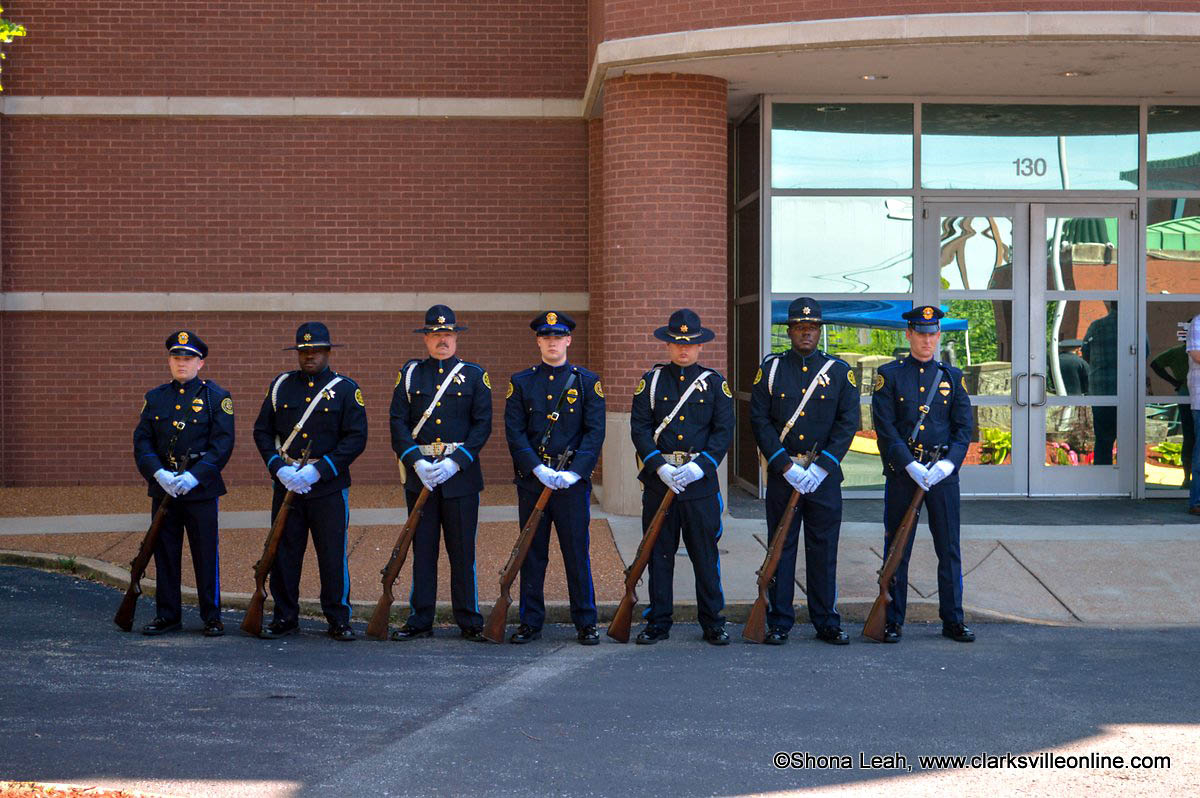 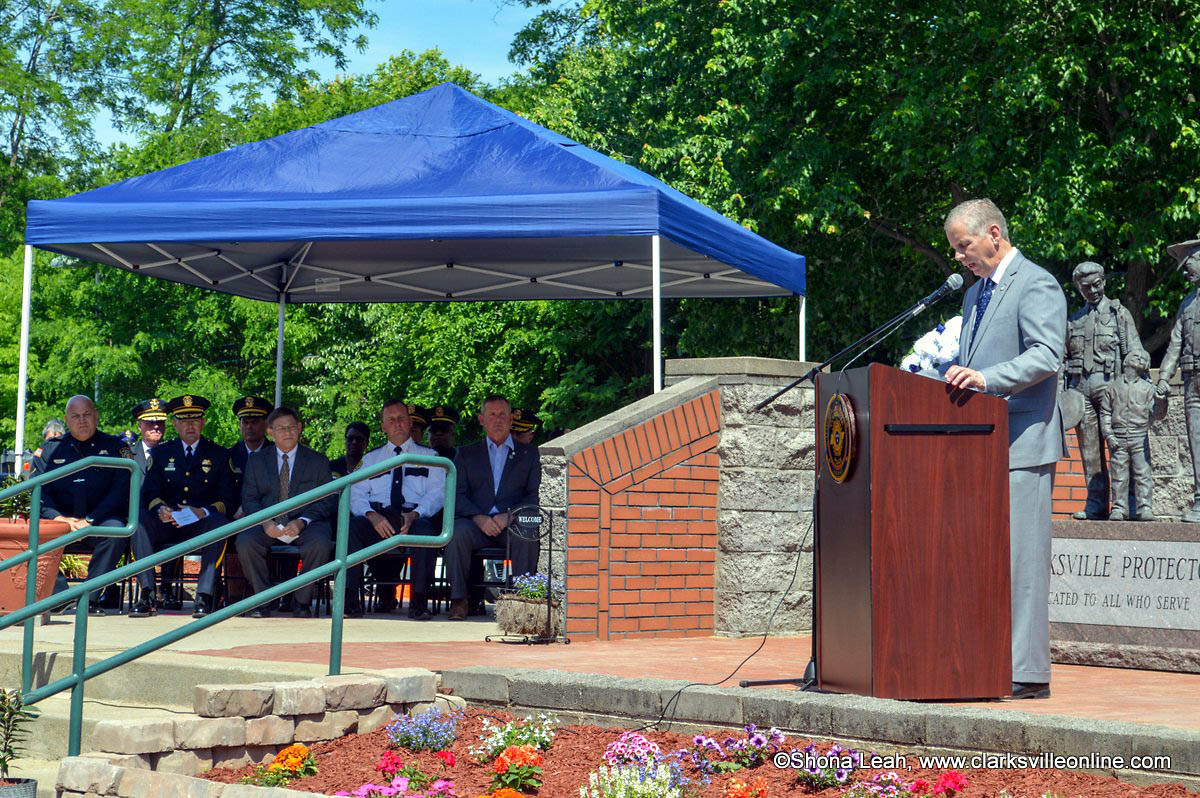 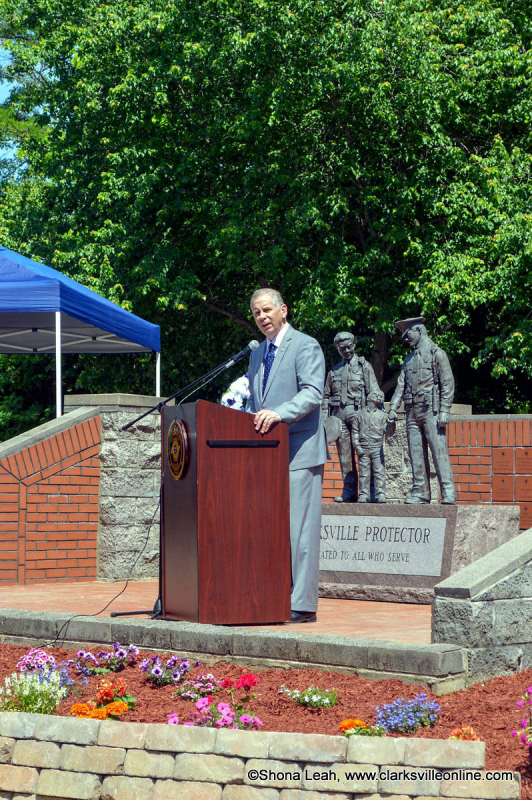 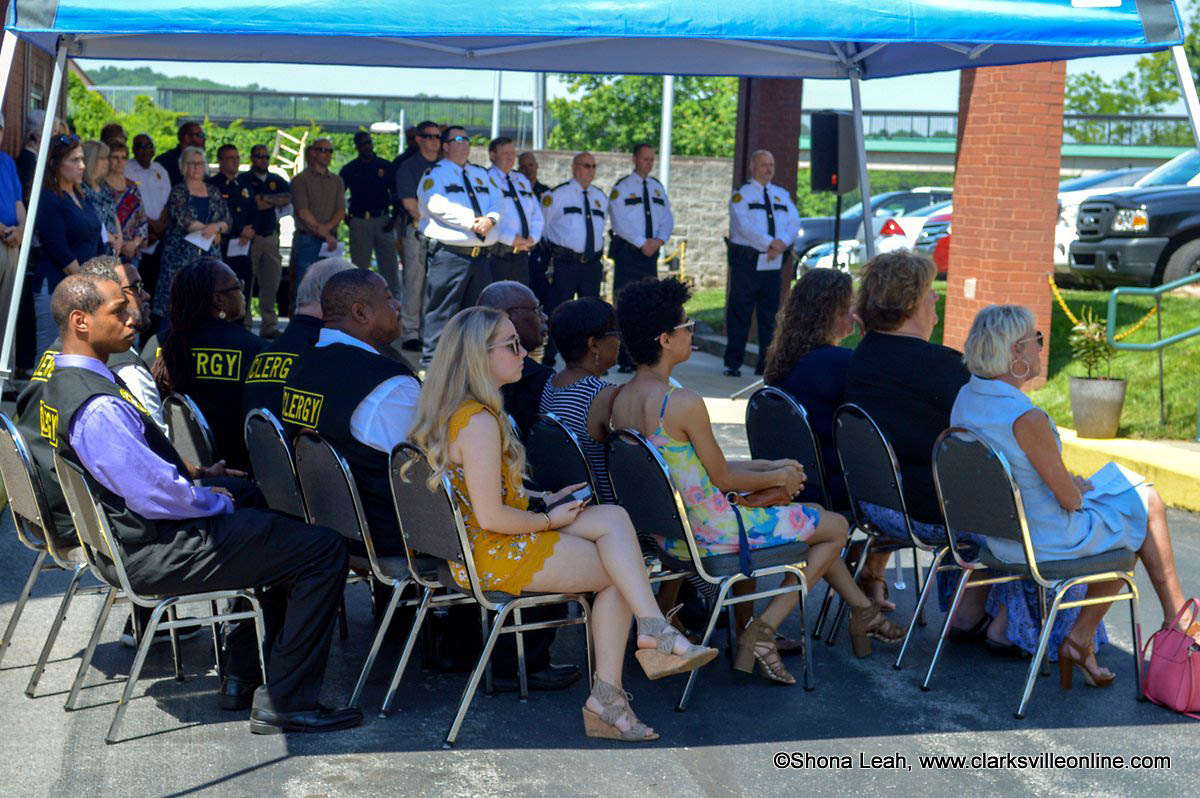 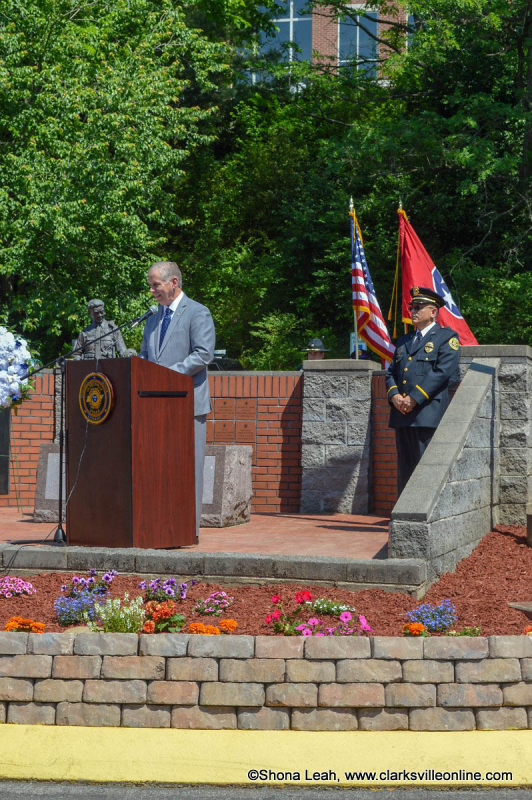 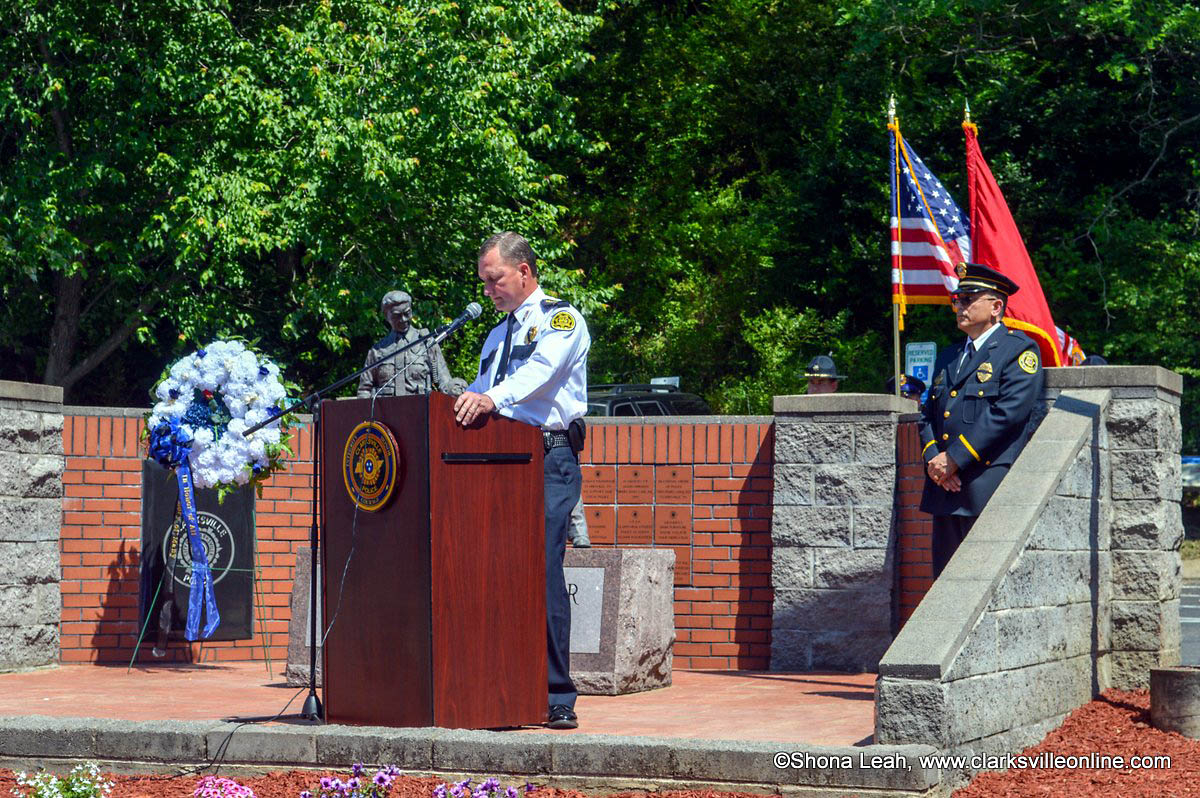 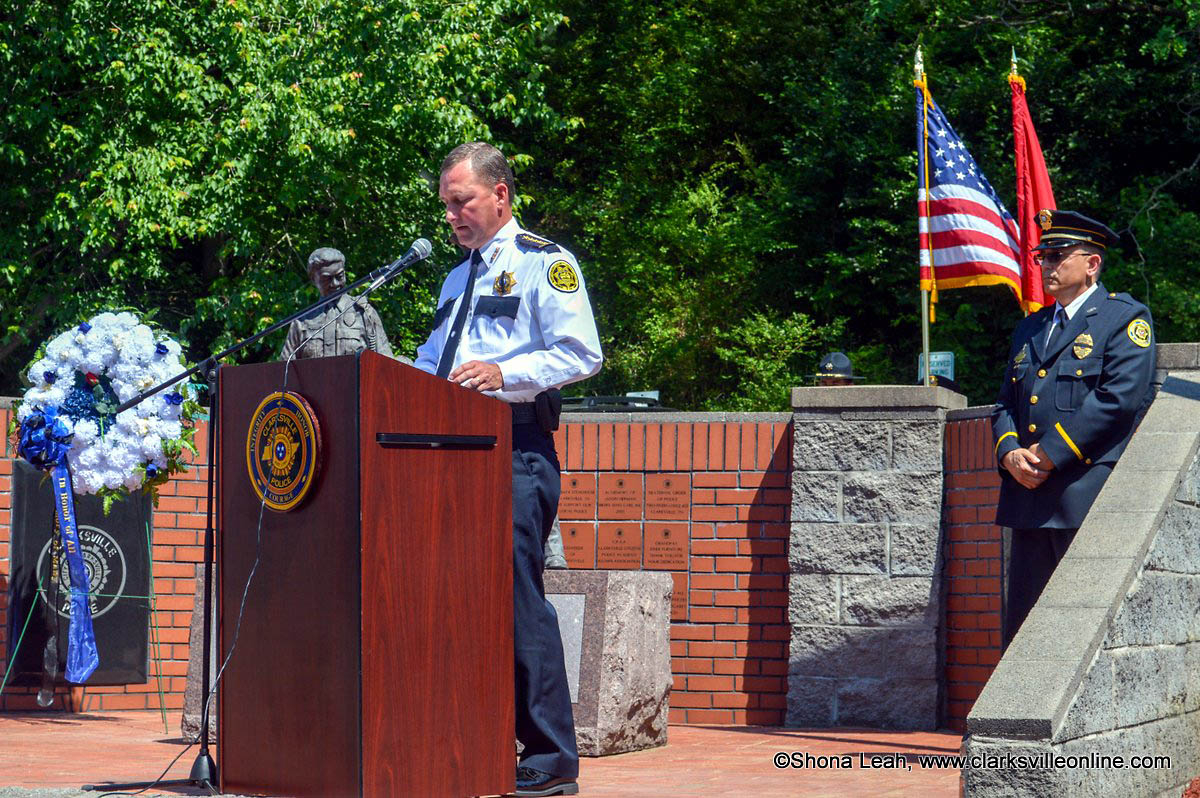 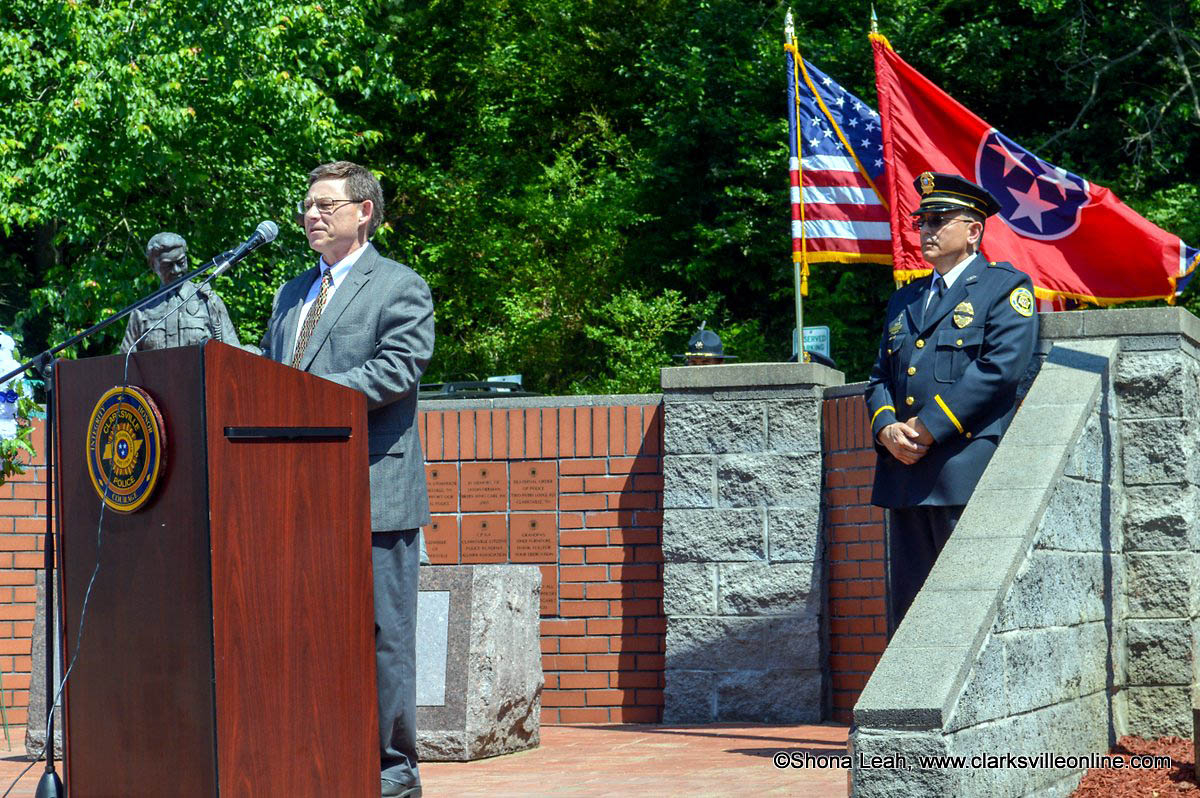 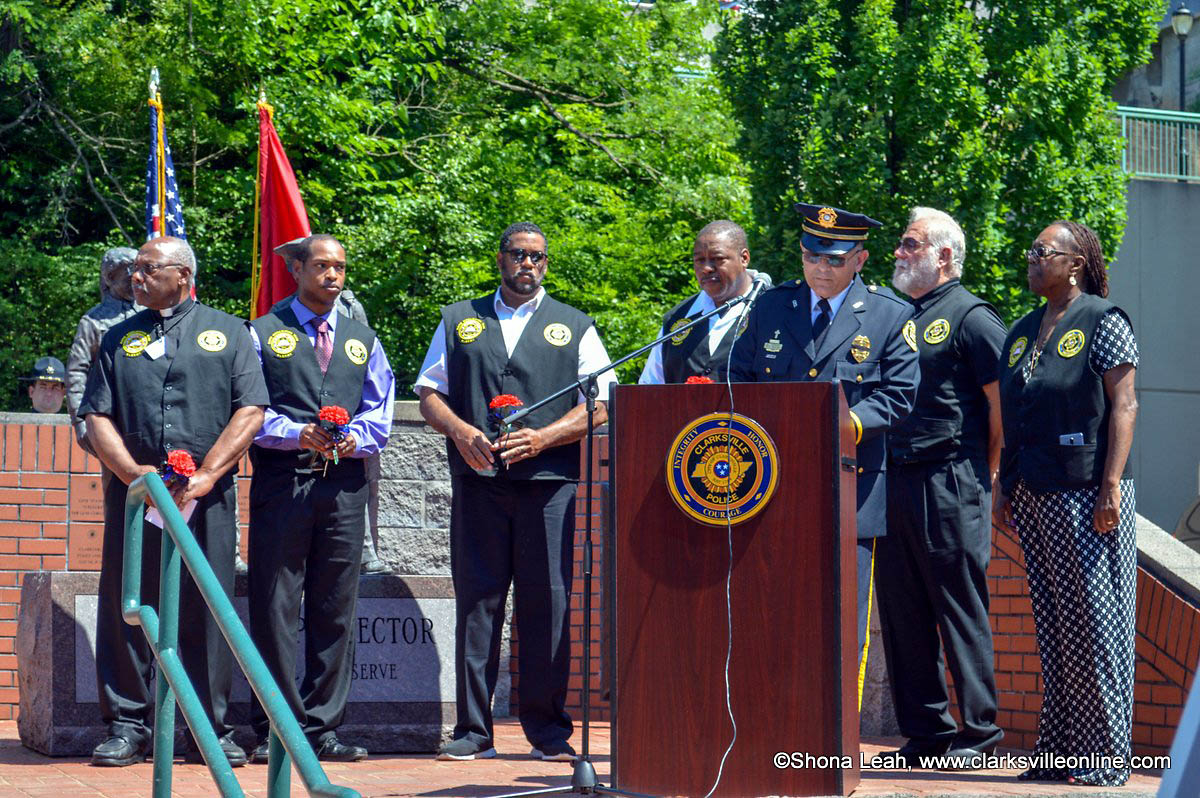 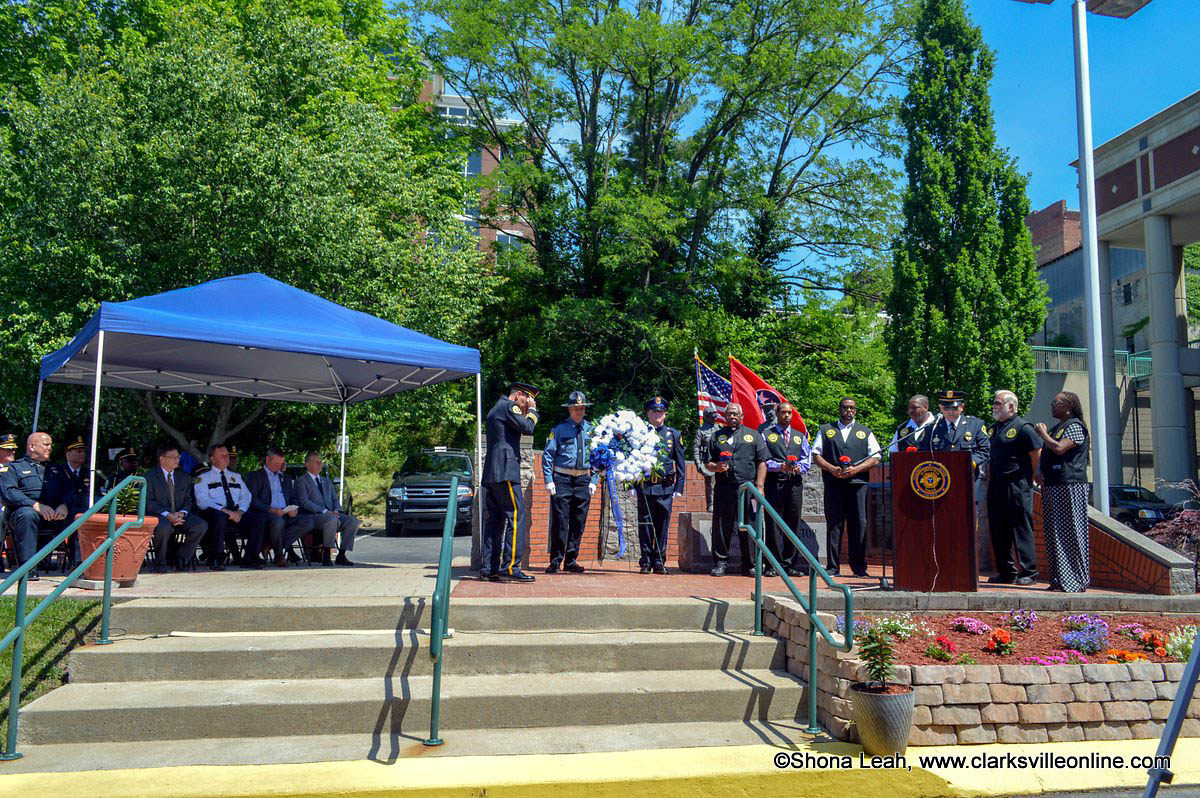 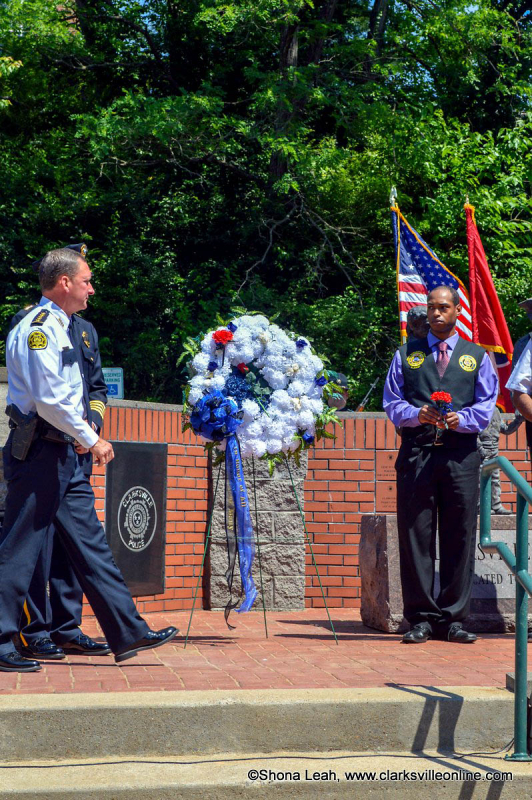 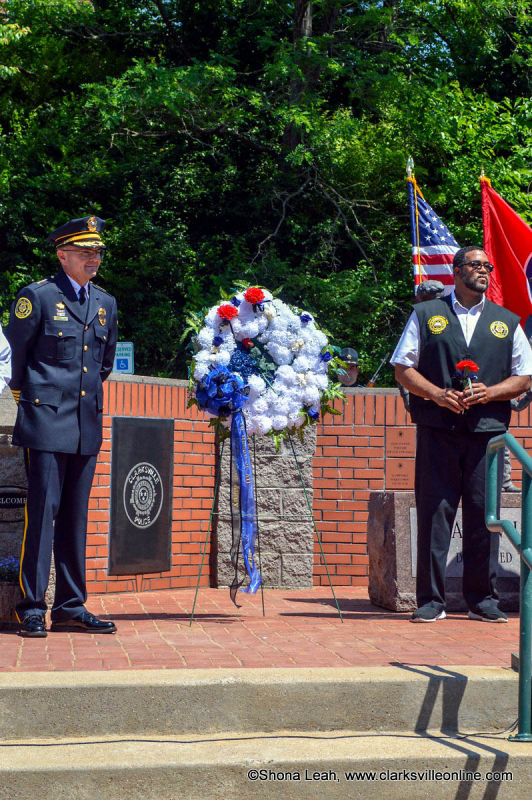 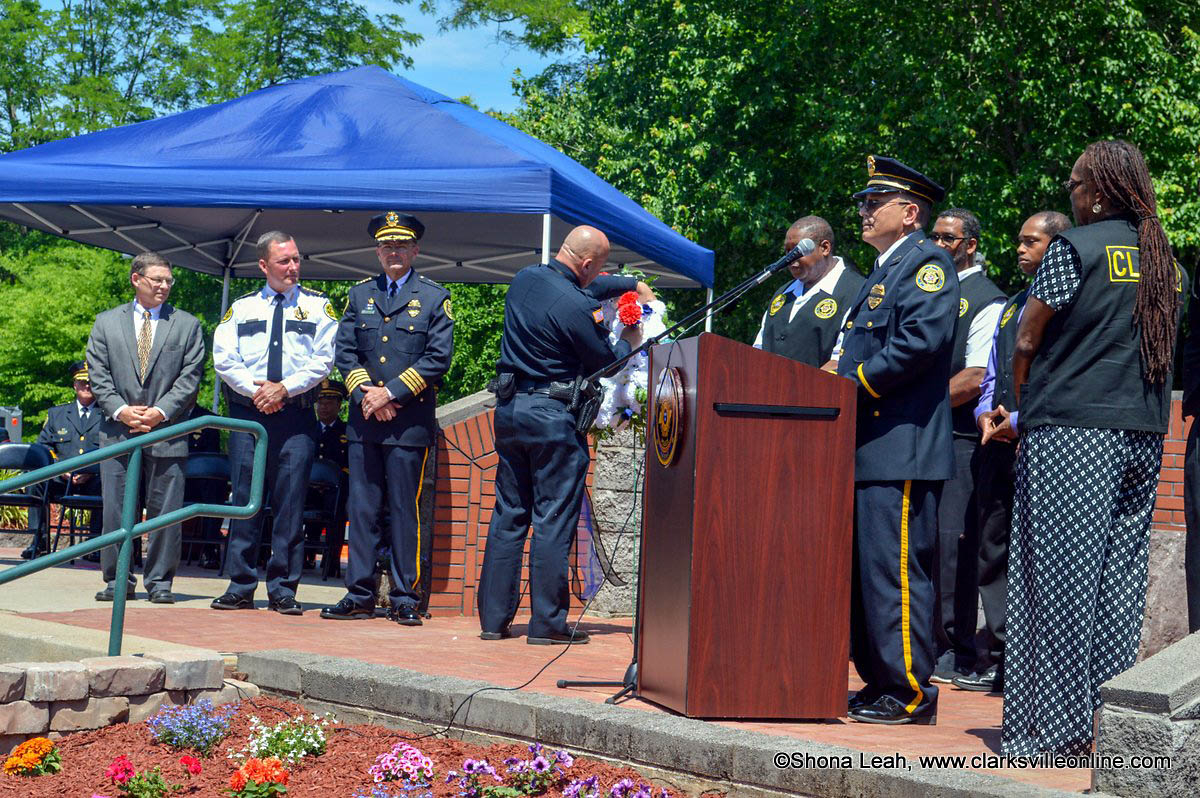 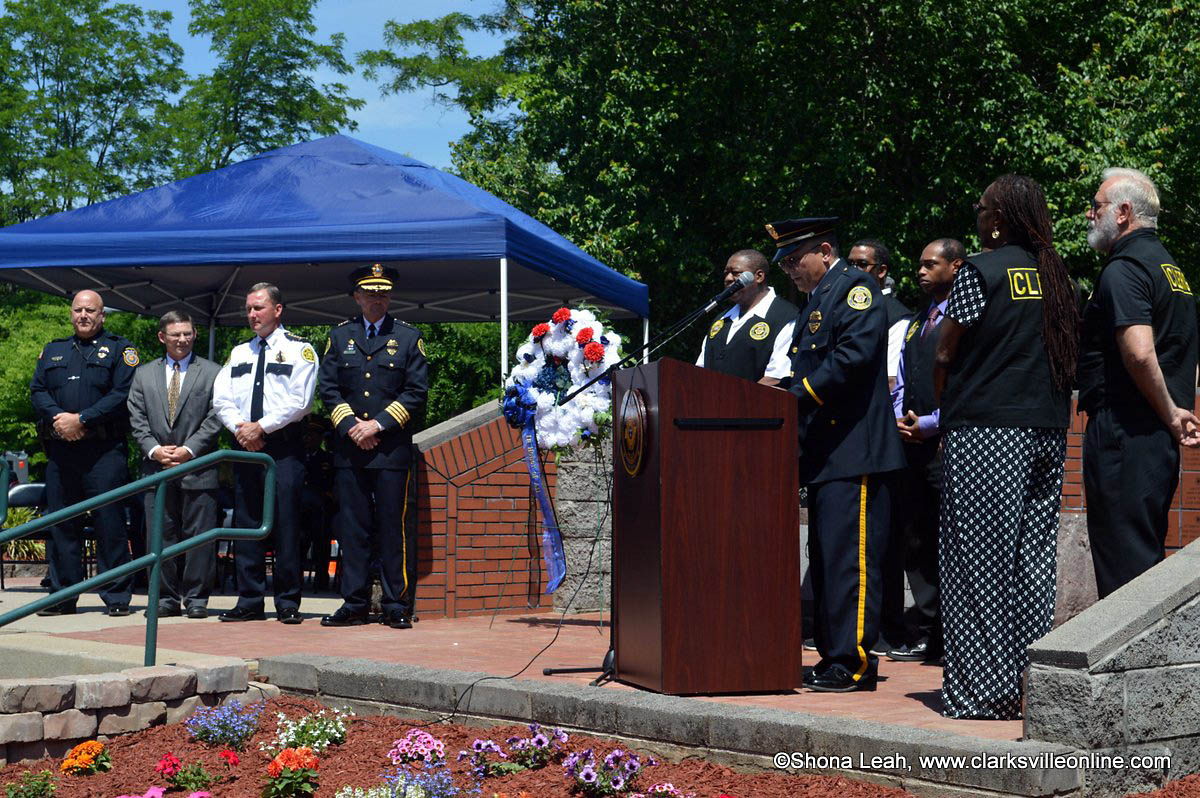 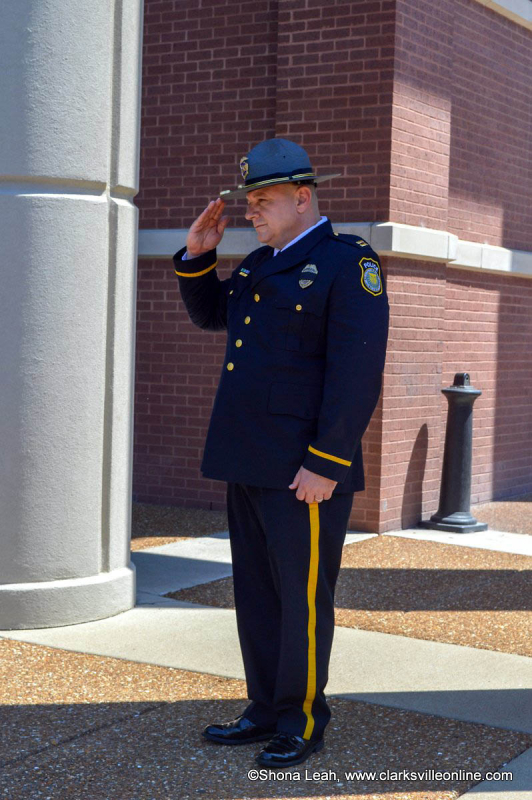 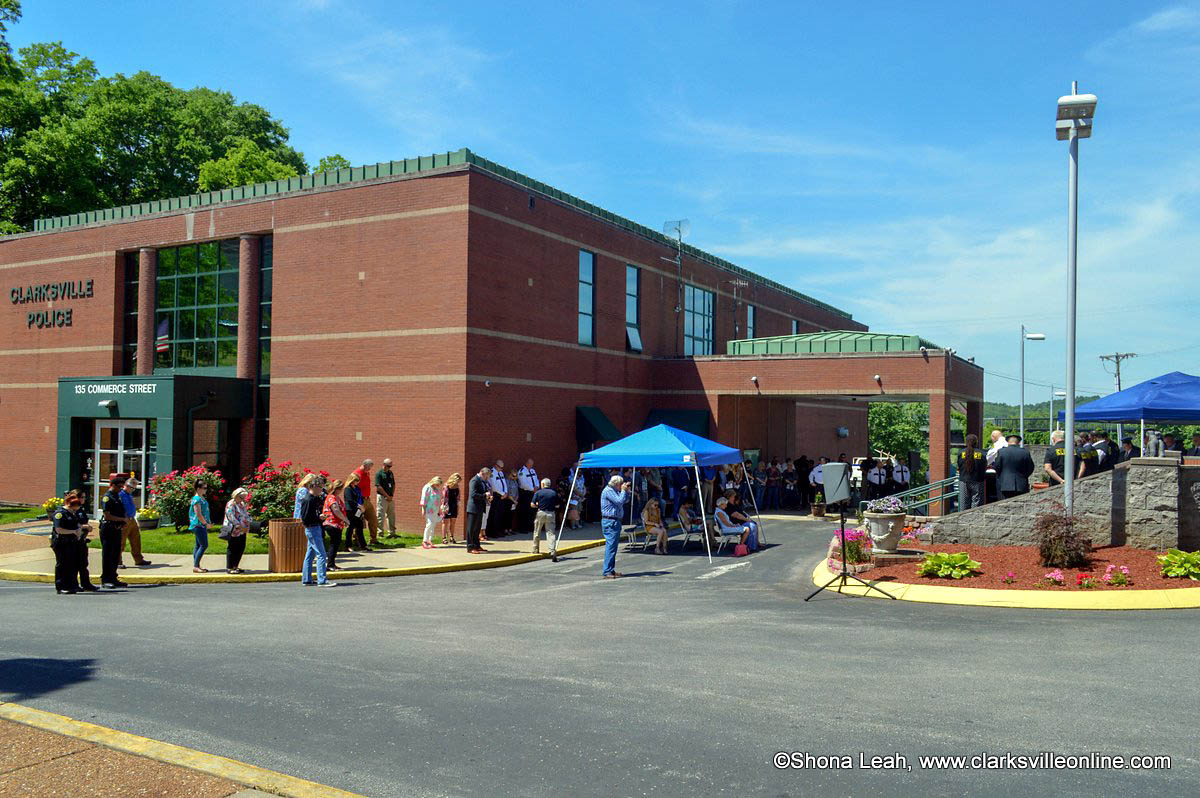 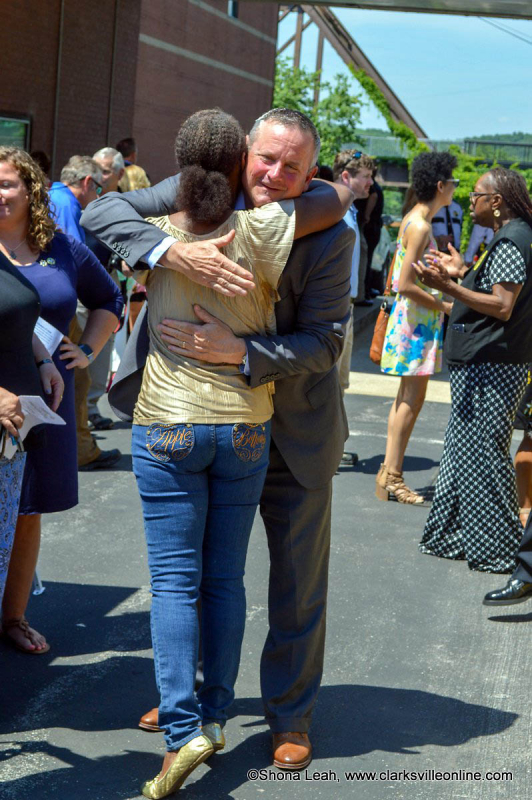 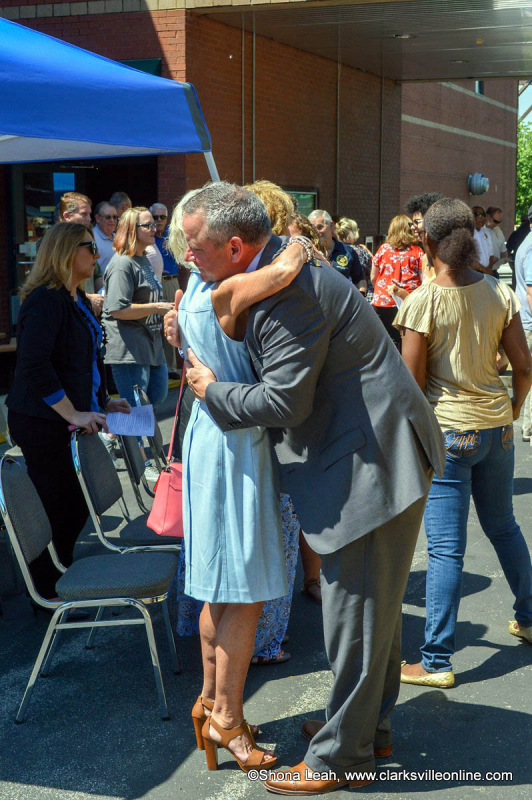 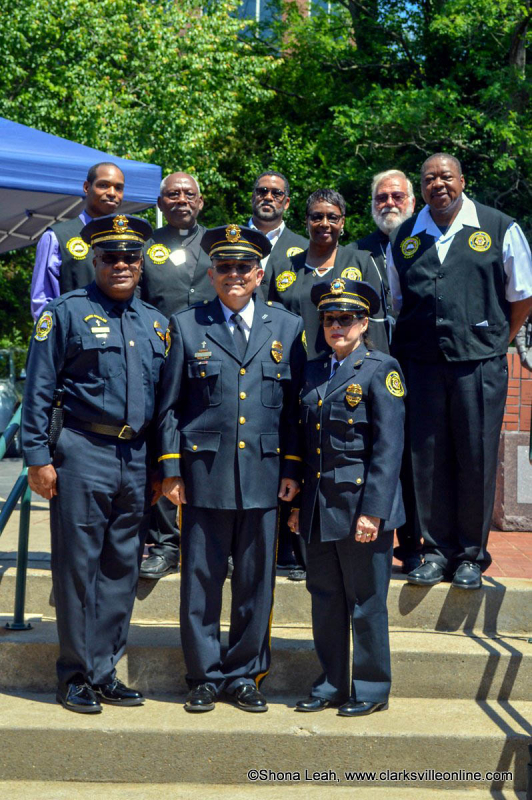 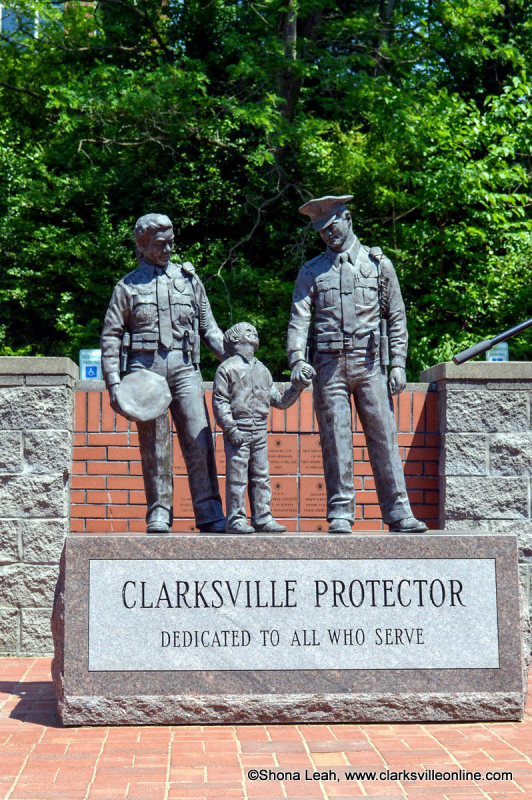 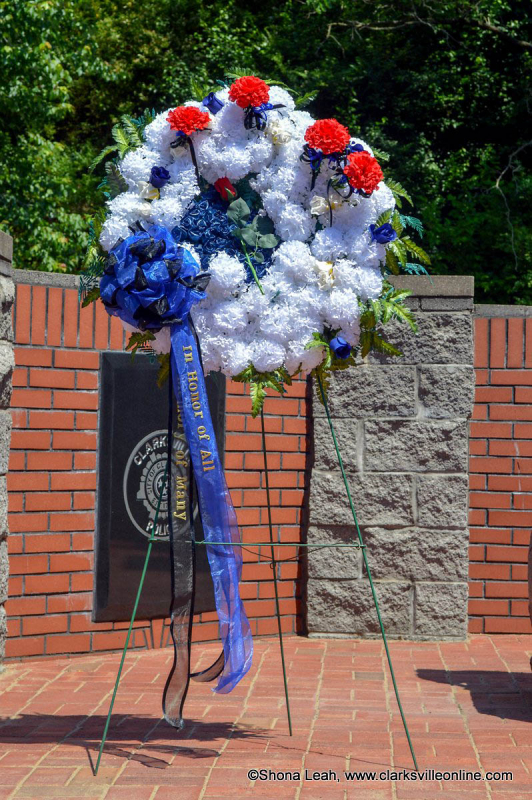 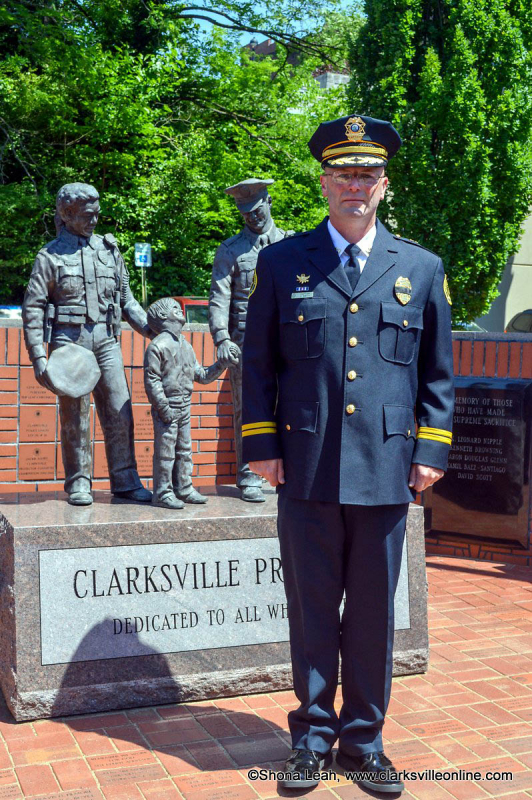 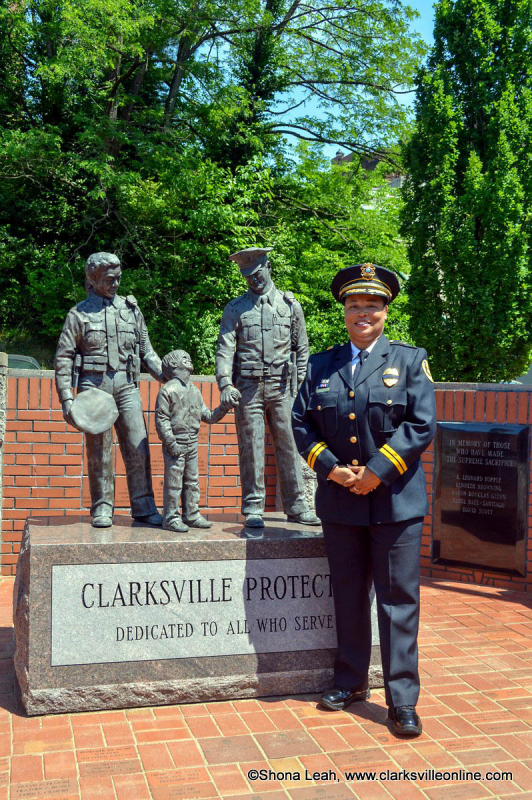