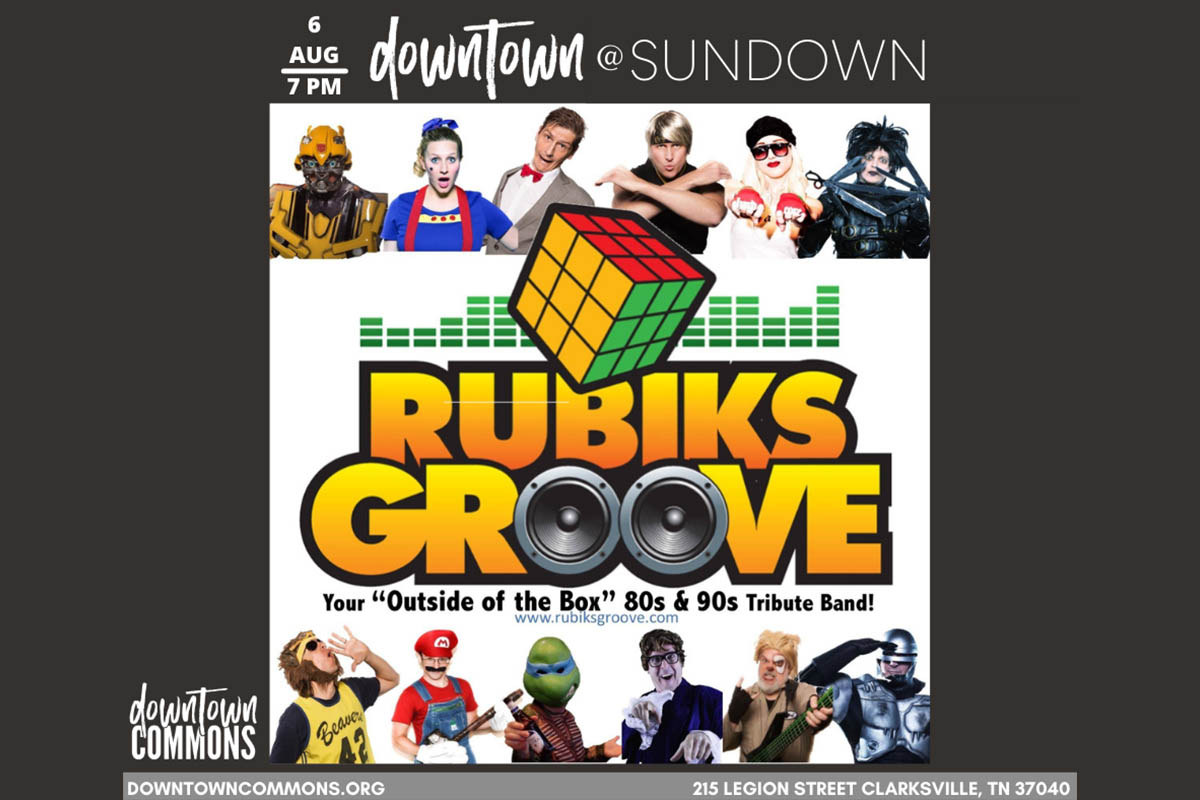 Montgomery County, TN – Downtown @ Sundown will feature Rubik’s Groove at this week’s concert at 7:00pm on Friday, August 6th, 2021 at the Downtown Commons.

Rubik’s Groove is a premier 80’s & 90’s Tribute Band! This high-energy, character-driven act is meant to keep people on their feet dancing all night. Based in Nashville, this group has performed at events for the Music City Bowl, Nashville Predators, Tennessee Titans, and the St. Jude Joy of Life Mardi Gras Ball. This concert is sure to be a fun time for all ages. 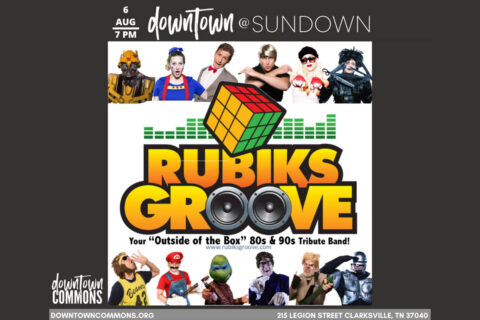 Local food trucks will also be set up before and during the shows. Chick’nCone, Driving You Donuts, Heather’s Homemade Icecream, Tater Headz, and Burgasm are all expected to be on site. Beer and other beverages will be for sale with all proceeds benefiting our featured non-profit, United Way of the Greater Clarksville Region.

Downtown Commons is located at 215 Legion Street in Clarksville.

Downtown @ Sundown is titled sponsored by TriStar Beverage and F&M Bank and sponsored in part by Waste Connections of Clarksville. To stay up-to-date with events happening at the Downtown Commons visit our Facebook page at Downtown Commons and our Instagram page @downtowncommonstn.