The Ground Truth is probably the best documentary I have seen on the costs borne by our troops due to their service in Iraq and Afghanistan. I recommend that everyone buy a copy of this movie as it helps to reward the filmmaker, supports Operation Helmet, and helps to spread the word that it takes more to support the troops than mouthing a slogan, and displaying a yellow ribbon. Take some time to think about that as you spend time with your family this Easter Sunday!

This film is not about the right or the left, or about blue or red states. It is about the hundreds of thousands of U.S. soldiers who have been released by the military after serving in Iraq – and the truth they hope to share with their fellow citizens.

I produced and directed THE GROUND TRUTH because I felt it was time to stop hiding behind the politics. No one was writing or talking about thousands of invisible injured soldiers, for the most part young men returning to young wives who must now be their caregivers.

It became clear, while filming, that the broken hearts and shattered lives that I was seeing were profound and pervasive – whether the soldiers and their families were for or against the Iraq War.

I wanted to show how insidious and deep the effects of killing in combat truly are – whether in self-defense or not – so we could create a national dialogue about our “consciousness of killing.” I also felt I had to capture the aloneness and despair many returning soldiers silently experience when their psychological and physical needs are not recognized or provided for.

Those needs for soldiers have not changed since Harold Russell and The Best Years of Our Lives. It is sixty years later, and we need to recognize not only that the U.S. is in very different war circumstances but also that our fighting men – and, now, women – face tremendous challenges back home.

So I tried to create a film that might blow the yellow ribbons off the trees, and encourage people to really wrap their arms around our soldiers and their families. I wanted us to sit with the broken hearts and troubled minds of these young veterans, so we can take responsibility for their suffering that is being experienced in our name.

And most important, I wanted to share with all Americans the profound wisdom these young men and women have to impart. Their first step to healing is our listening.

Hailed as “powerful” and “quietly unflinching,” Patricia Foulkrod’s searing documentary feature includes exclusive footage that will stir audiences. The filmmaker’s subjects are patriotic young Americans – ordinary men and women who heeded the call for military service in Iraq – as they experience recruitment and training, combat, homecoming, and the struggle to reintegrate with families and communities. The terrible conflict in Iraq, depicted with ferocious honesty in the film, is a prelude for the even more challenging battles fought by the soldiers returning home – with personal demons, an uncomprehending public, and an indifferent government. As these battles take shape, each soldier becomes a new kind of hero, bearing witness and giving support to other veterans, and learning to fearlessly wield the most powerful weapon of all – the truth. 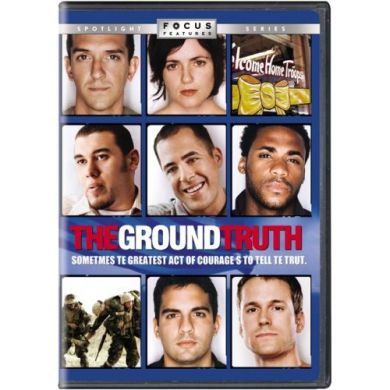 *Some information in this article is from the official web site for the film.