Re-thinking values in the wake of tragedy

In reading about the crushing death of a security guard at Wal-Mart on Black Friday, combined with the number of injuries, and now a lawsuit against the retailer, and then reading of the shooting at a Toys ‘r Us store, I began to feel as if I were moving through an episode of The Twilight Zone. All this tragedy for a TV? A Computer? The latest video game components?

My stomach churns, and I realize again why the sheer lunacy of queuing up in the wee hours of morning for a bargain has never been on my agenda. Never will be. This statement of the American consumer mindset is appalling, and as a nation, we should collectively be ashamed of ourselves.

When I hear of parents putting $50 limits per toy even as they stack dozens of toys in their carts and create colorfully mountains of wrapped gifts, I remember a year when my then toddler daughter and I made dozens of loaves of yeast breads — cinnamon, sourdough, rye, and fruit breads — banana, date, pumpkin, then spent several hours wrapping them and tying yarn ribbons with recipe cards and gift tags on each. We had a full pantry but not a lot of “loose change” for store bought presents.

I remember a year when a friend’s mom sent us a stack of recipes from her Slavik relatives overseas; those delicate fruit-filled pastries such as Kolacky were carefully baked and wrapped in colorful tins the following year for us to give as gifts.

The autumn harvest of red raspberries, blueberries, and black raspberries became jams and jellies in crystal jars topped with pinked quilt fabric and tied with ribbon. The last bushels of cucumbers became the sweetest bread and butter pickles ever.

I remember teaching my daughter, then two, to push a tiny finger into the tilled earth, count two seeds, and pat the dirt back in the hole. “These will be cucumbers (“cumbies”) and these will be yellow beans,” I would tell her. 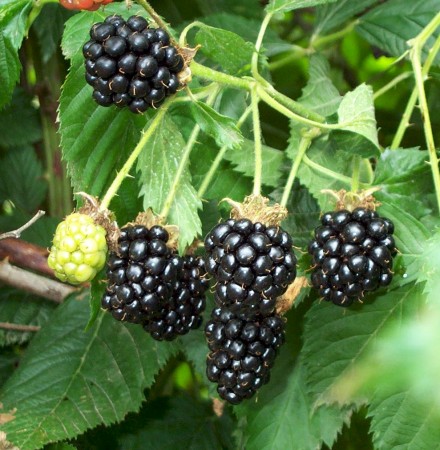 Which is not to say this wasn’t hard work. Or economically necessary. But it had another purpose: it was also a time of bonding, passing on traditions, or sharing activities laced with love and laughter. In the past few years, this homegrown tradition took another step in time as my almost-grown-up grandchildren want to learn the secrets and mysteries of the family recipes they have been gorging themselves on for years. Girls. Boys. Makes little difference. Each has had their turn at learning the craft and joy of cooking and passing along that nourishment, spiritual and physical, in the form of gifts from the hands and the heart.

This is not to say that all of us have to return to homemade gifts and avoid holiday commerce; there were many years after when Christmas was spent in a year ’round hunt for those “perfect” gifts, items that would be unique to the recipient.  I became known for my Christmas shopping which began in January, and continued through the season, with those “finds” carefully hidden in my grandmother’s old trunk.

Again, it is not that we could or should avoid holiday commerce, or return to the allure of those homemade cookies, but when that desire for the item of the year transcends humanity and is trampled under collective greed, it is time to step back, pause and rethink the real meaning of the holidays. No store-bought item is worth the price of greed, selfishness and, above all, human life.

Be it the company of family, of cherished friends, or even the quiet long-distance morning chat between friends on a holiday morning, there are things much more important and far more valuable than showy and often overpriced and overvalued gifts — if we take the time to notice and appreciate them.